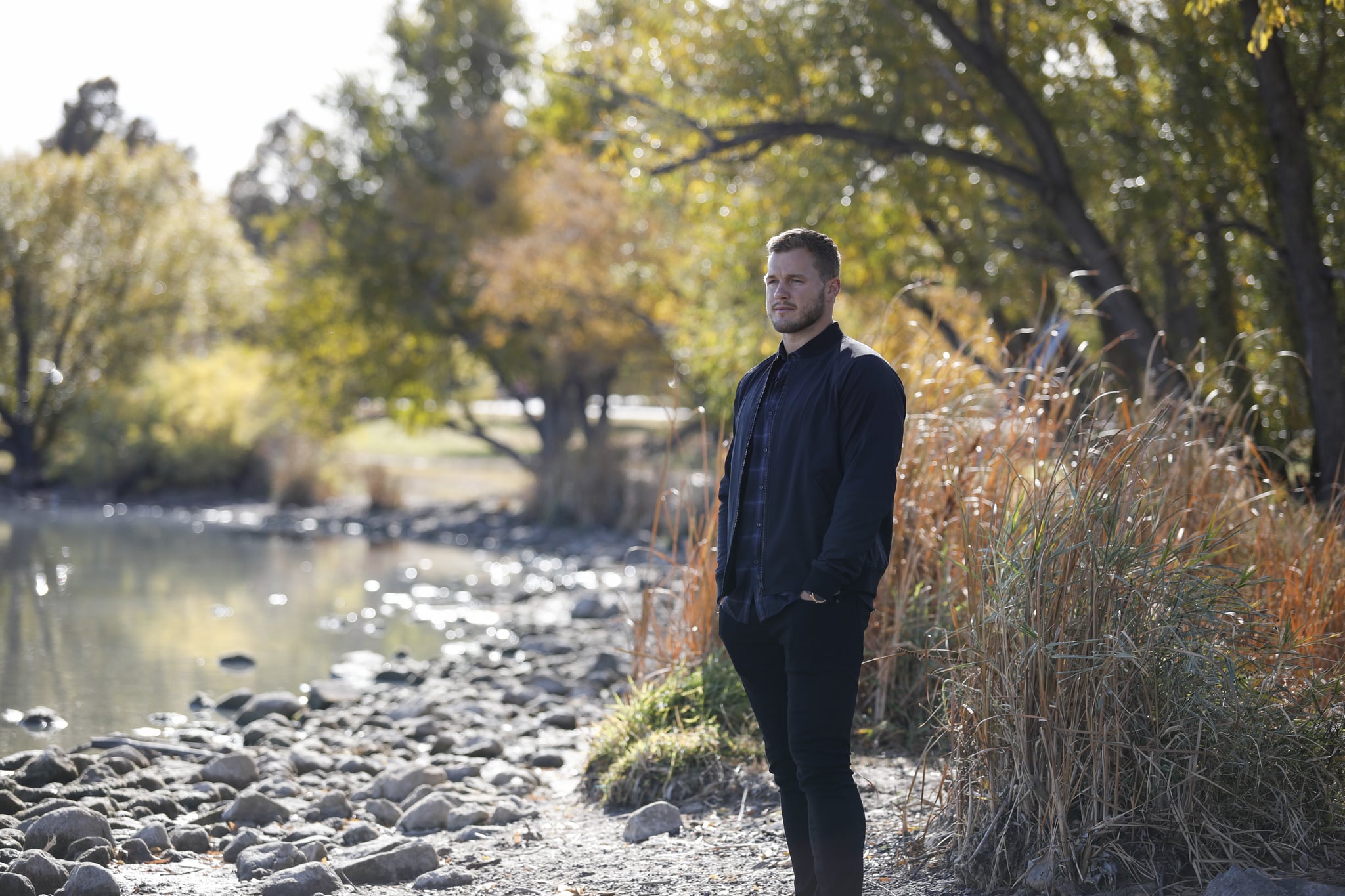 There are a lot of things about this season of The Bachelor that give me pause. Why, for instance, must we continue to be tortured by Colton's Snapchat videos at the start of every episode? Has Colton's skin completely dried out from all the showers he takes? And what do you think that fence is up to now? But aside from all that, another important question lingers: is Colton the most-dumped dude in Bachelor history, or what? After his brutal break-up with Cassie Randolph in the Fantasy Suites episode, we decided to do a tally.

Episode after episode, we've seen the leading man tell the camera and his many contestants that he's looking for a woman who's there for "the right reasons." Maybe it's because of his incessant repetition of this phrase that so many women on season 23 realized they weren't there for the right reasons and decided to leave of their own accord.

Related:
Now That Cassie Is No Longer Starring on The Bachelor, Here's What Keeps Her Busy

The first to drop out of the competition was Elyse Dehlbom, who realized she couldn't deal with the stress of dating a man who also happens to be dating 20 other women at the same time. "I want to know all the silly, stupid things about you and how we are together. And I can't call Chris Harrison and say, 'I want every one-on-one for the next year,'" the 31-year-old makeup artist told Colton through tears. "I want the time and attention that a relationship deserves . . . I literally can't accept a proposal after a few months of sharing your time and attention with other people. I can't do it."

Sydney Lotuaco, a 27-year-old NBA dancer, announced her departure next. Once she came to the conclusion that Colton wouldn't ever be truly interested in her (or anyone who isn't blond), she sat Colton down to give him some advice about the women he was favoring. "With the choices you've been making, you're taking a lot of easier choices with the people you're pursuing," she said. "If that's what you're looking for, great, do that, go after that."

After Sydney came 22-year-old Heather Martin, whose big claim to fame this season was that she'd never been kissed. Fortunately, she realized that despite Colton being the one to finally kiss her, they were clearly meant for friendship rather than a relationship. "Right now, I just don't think it's fair to you," she explained to him just before the hometown dates.

The fourth, final, and most soul-crushing exit came from Cassie, 23, who sobbed as she told Colton that she had too many doubts, and she didn't know if she could ever "get there" — aka be fully in love with him — after a conversation with her father about her relationship with Colton.

"He talked to me about how I was feeling, and how big this whole thing is," Cassie said of her dad's visit, as Colton looked on, shell-shocked. "He told me about my mom and him and their kind of love, and how he never had any kind of doubts about it. She never had any doubts about it, either. I don't know, I just . . . I would hate to see you leave here without what you came here for."

As we all know, Cassie's self-elimination (despite Colton repeatedly telling her that he loved her, and wanted to be with only her) inspired the leading man to jump over the fence to escape the show's cameras, disappearing into the dark streets of Portugal. But at least Colton can take solace in the fact that he's not the only Bachelor to have been dumped, even if he's the Bachelor who's been dumped the most.

Related:
Bachelor Nation Has a Lot of Strong Opinions About Cassie's Huge Decision on The Bachelor

Next to Colton, former Bachelors Juan Pablo Galavis and Ben Higgins held the record for most voluntary eliminations during their seasons — seasons 18 and 20, respectively — with two women leaving each time. On The Bachelorette, Desiree Hartsock had two men leave in season nine, while season seven's leading lady Ashley Hebert saw three men depart her season on their own. Three men also left season 11, which began with both Kaitlyn Bristowe and Britt Nilsson (Bristowe ended up being voted the Bachelorette and moved forward, leading the season on her own after the premiere).

So, with four self-eliminations, Colton clearly holds the very, very sad record for the entire franchise. Then again, we have a feeling the season finale might see him fighting to win Cassie back, which could always change things.