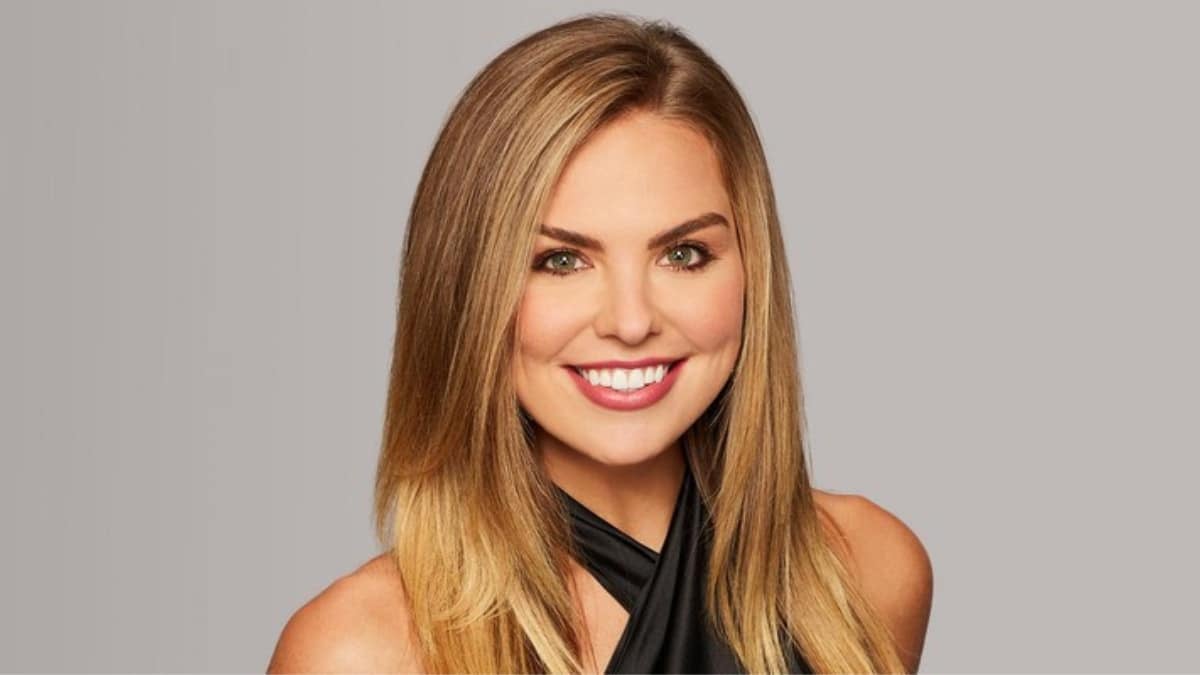 As usual, ever since The Bachelor began its dramatic crawl toward its last handful of episodes, we've had only one question on our minds (since we all knew Colton would end up with Cassie): who will be the next Bachelorette? Well, now we have our answer! Say hello to . . . Bachelorette Hannah Brown!

The franchise's next leading lady is taking over the position previously held by Becca Kufrin, who is still happily engaged to her final suitor, Garrett Yrigoyen. Bachelor Nation received the good news during The Bachelor's "After the Final Rose" special on Tuesday evening. After we witnessed Bachelor Colton Underwood profess his undying love for Cassie Raldolph a few times, host Chris Harrison filled everyone in that Hannah will be starring in the show's next season, due out later this year.

After Chris asked her how she felt about it during the episode, she couldn't keep the overjoyed smile off her face. "I feel all the emotions, but honestly I'm just really grateful for this opportunity," Hannah said.

To be fair, Hannah, who was eliminated a few weeks back from Colton's season, didn't always seem like a natural fit for The Bachelorette. The former Miss Alabama is just 24 years old and also got in her fair share of drama during her journey to find love with Colton. In addition to a feud with fellow pageant girl Caelynn (who was thought to be a shoo-in as the next Bachelorette before the tides turned against her later on in the season), Hannah came off as a little . . . well, unhinged — she roared at the cameras on more than one occasion and said the kind of zany things (made-up words like "befumbled," for instance) that don't exactly jive with the typically polished woman chosen to anchor the show.

Of course, it became clear that ABC was planning to have Hannah B. be the next Bachelorette during the recently aired "Women Tell All" special. Harrison raised his glass to her search for a "fierce love" during their one-on-one chat, and there was plenty of talk about how she deserves to find her soulmate. The cameras also made sure to catch Hannah's measured, calm response to questions about her feud with Caelynn, which she noted is very much in the past. On top of that, she even has the support of other members of Bachelor Nation, like former Bachelor contestant Ashley Iaconetti, who admitted her "girl crush" on the Alabama native.

So, how do you feel about ABC's pick for the next Bachelorette? We're keeping our fingers crossed for a few more roars during her season, at the very least.