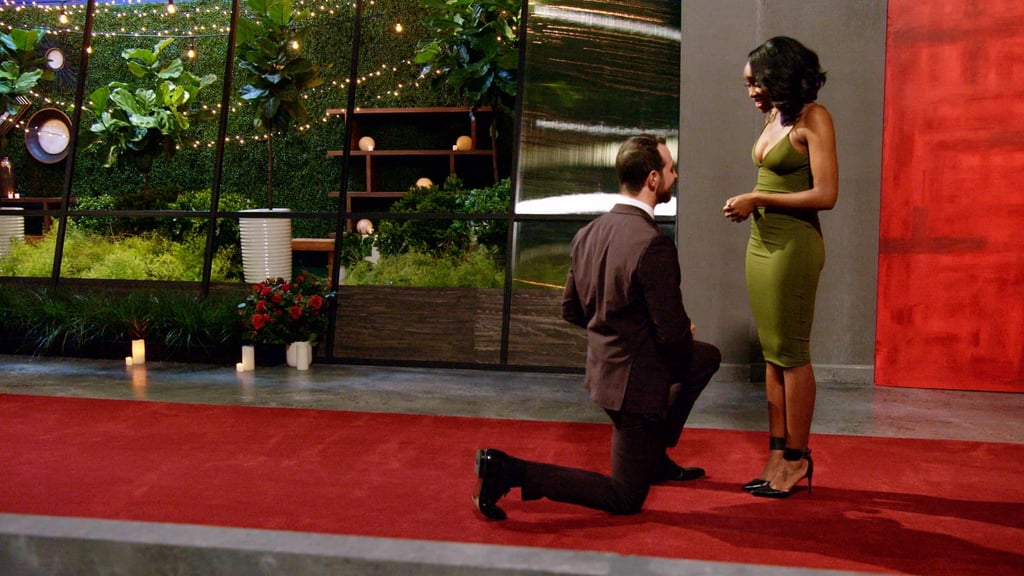 They Were Smitten From the Start

Lauren and Cameron were the first to get engaged, and they do it in the first episode! Though the two had dates with other contestants, sparks were flying during their first conversation. When Lauren mentioned that she'd never met anyone from Maine before, Cameron replied that he's "the only one you'll ever need to meet," and we're pretty sure we felt Lauren's giddiness at that line! Though we don't see the full length of their dates, the two quickly grew close, with Cameron telling Lauren that he felt the strongest connection with her. They even shared a super-intimate moment when Cameron revealed that his mother had been diagnosed with Parkinson's Disease, which drove the two to tears. So it wasn't a surprise when they ended up sealing the deal by day five!

Netflix
You'll Want to Get Familiar With Philemon Chambers, aka Nick in Netflix's Single All the Way
by Njera Perkins 13 hours ago