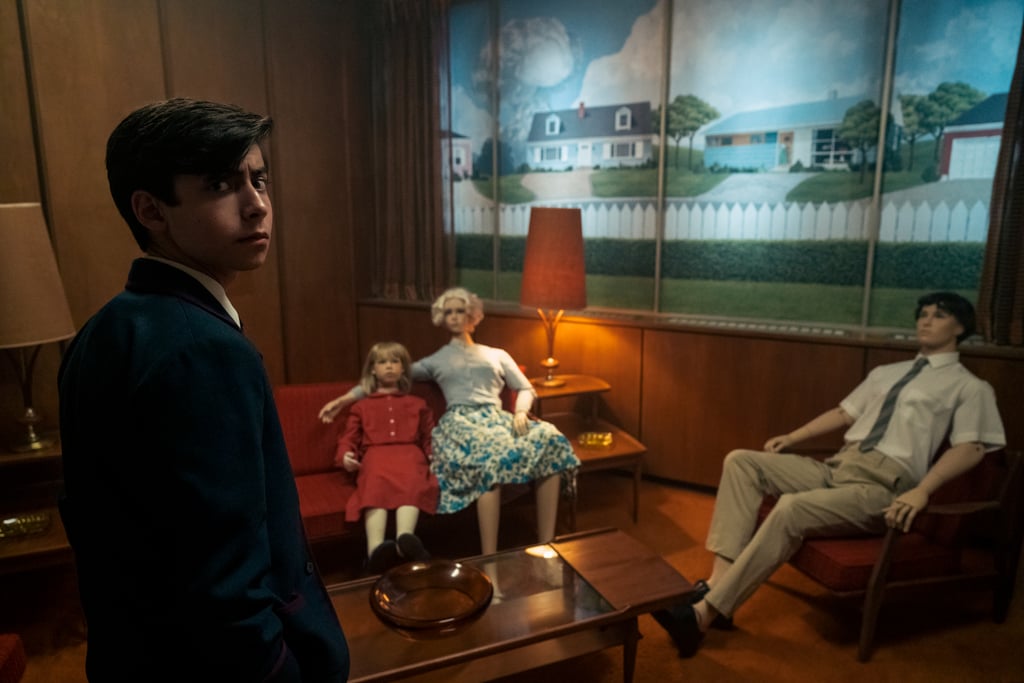 As part of the Commission in the first season, Number Five (Aidan Gallagher) is a cold-blooded assassin tasked with making "corrections" throughout history. One of these "corrections" includes the assassination of John F. Kennedy, however, his role in the assassination is still unclear — particularly whether or not he was meant to stop the assassination or complete it. The image in his glasses is probably the least clear of the group. As a former resident of Dallas, it almost looks like the book depository where Lee Harvey Oswald was located during Kennedy's assassination. It is also reminiscent of the apocalypse seen in season one. If Luther's "War Declared" image is the Cold War, the Hargreeves may get a second chance to stop the apocalypse.

by Kate Schweitzer 11 minutes ago

by Victoria Messina 45 minutes ago