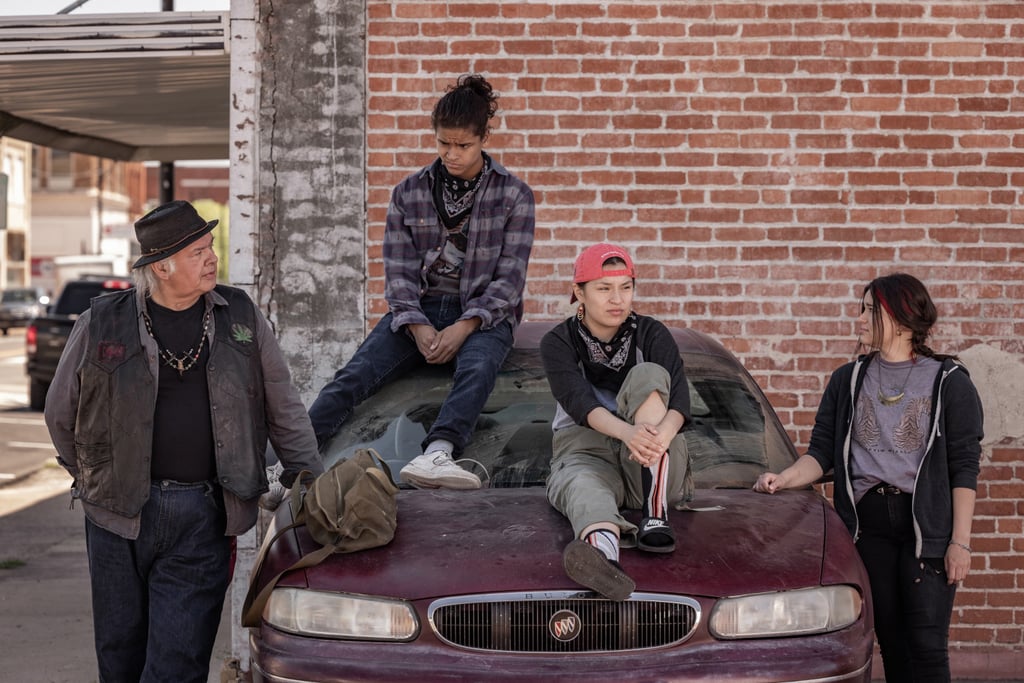 FX on Hulu's Reservation Dogs isn't just a refreshingly authentic take on Indigenous life, it's also an important step for representation. Not only is every main cast member on the Sterlin Harjo and Taika Waititi-created series Indigenous — including Kawennáhere Devery Jacobs's Elora Danan and D'Pharaoh Woon-A-Tai's Bear — but every writer and director is as well. With the exception of Bobby Lee and Garrett Hedlund's cameos, this representation also carries over into some of the most engaging (and hilarious) side characters, some of which are portrayed by comedians like Rutherford Falls's Jana Schmieding. Whether they are a mainstay in Indigenous cinema or have ties to the Native music scene, we've rounded up the biggest celebrity cameos from Reservation Dogs ahead.

Beauty News
And Just Like That, We're in Love With Carrie, Charlotte, and Miranda's Beauty Looks All Over Again
by Jessica Harrington 13 hours ago