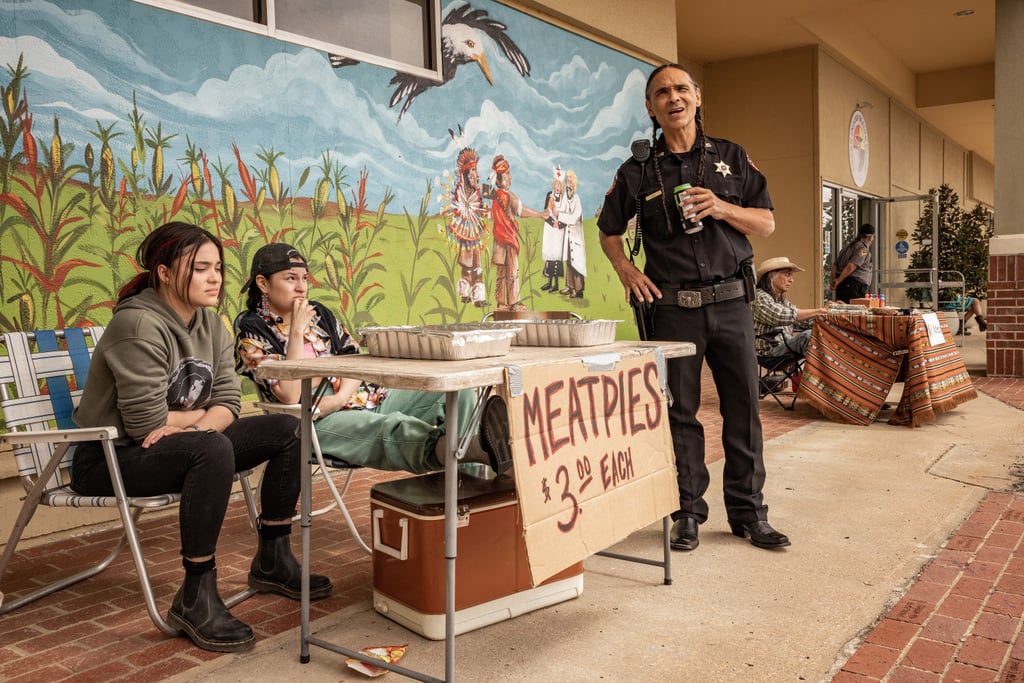 The importance of pop culture on Reservation Dogs is ingrained in its very name, which is a take on Quentin Tarantino's Reservoir Dogs. "Pop culture is important, because in these rural places, especially now with the internet and everything, that's what you have," creator Sterlin Harjo said to Entertainment Weekly. "They know Wu-Tang Clan, they know Tupac, they know all the movie references, they know Quentin Tarantino. They're fans of pop culture and they kind of recreate it where they're at." Whether it's a shot-for-shot remake or a cheeky character name, ahead we've broken down some of the biggest movie and TV references featured on the show.