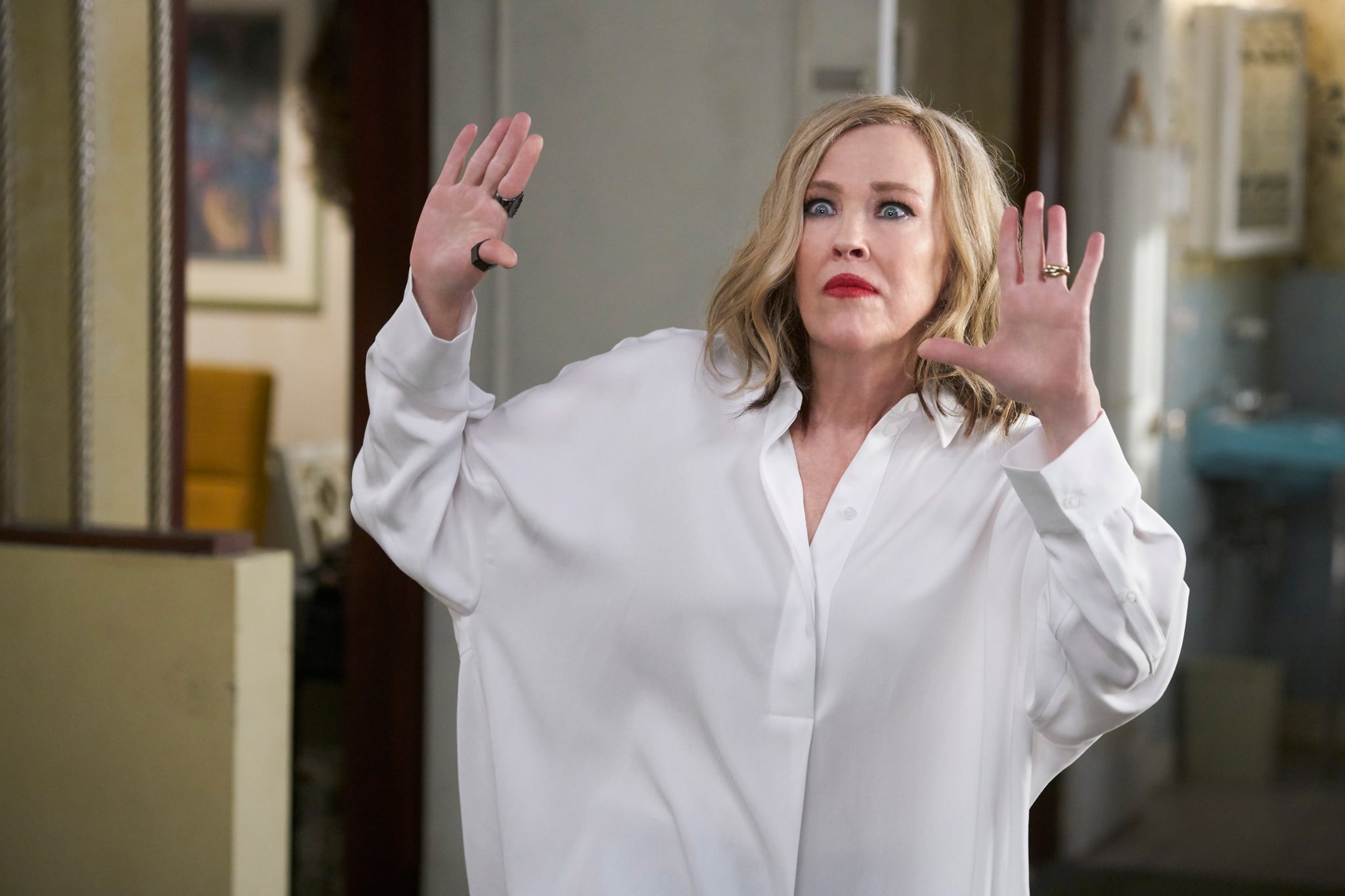 Get excited, Schitt's Creek fans, because Moira Rose, aka the one true star of Sunrise Bay, has finally released the trailer for The Crows Have Eyes 3: The Crowening, the long-awaited sequel to her apocalyptic horror series. Dan Levy (aka "Daaaavid!") shared the, er, unsettling trailer on his Instagram account on Tuesday, and every second of the video is better than the last — Moira has truly outdone herself.

The trailer for the fictional movie-within-a-show — set to air on fake streamer Interflix — stars Catherine O'Hara looking much less like a disgruntled pelican and much more like a crow in what I can only describe as a frighteningly funny rendition of Alfred Hitchcock's The Birds. "The crows have eyes . . . and you better not look them in it," the film's tagline reads, so, uh, keep your eyes open for any human-size crows in silk pajamas. See the ridiculous trailer ahead, but don't hold your breath for a release date.