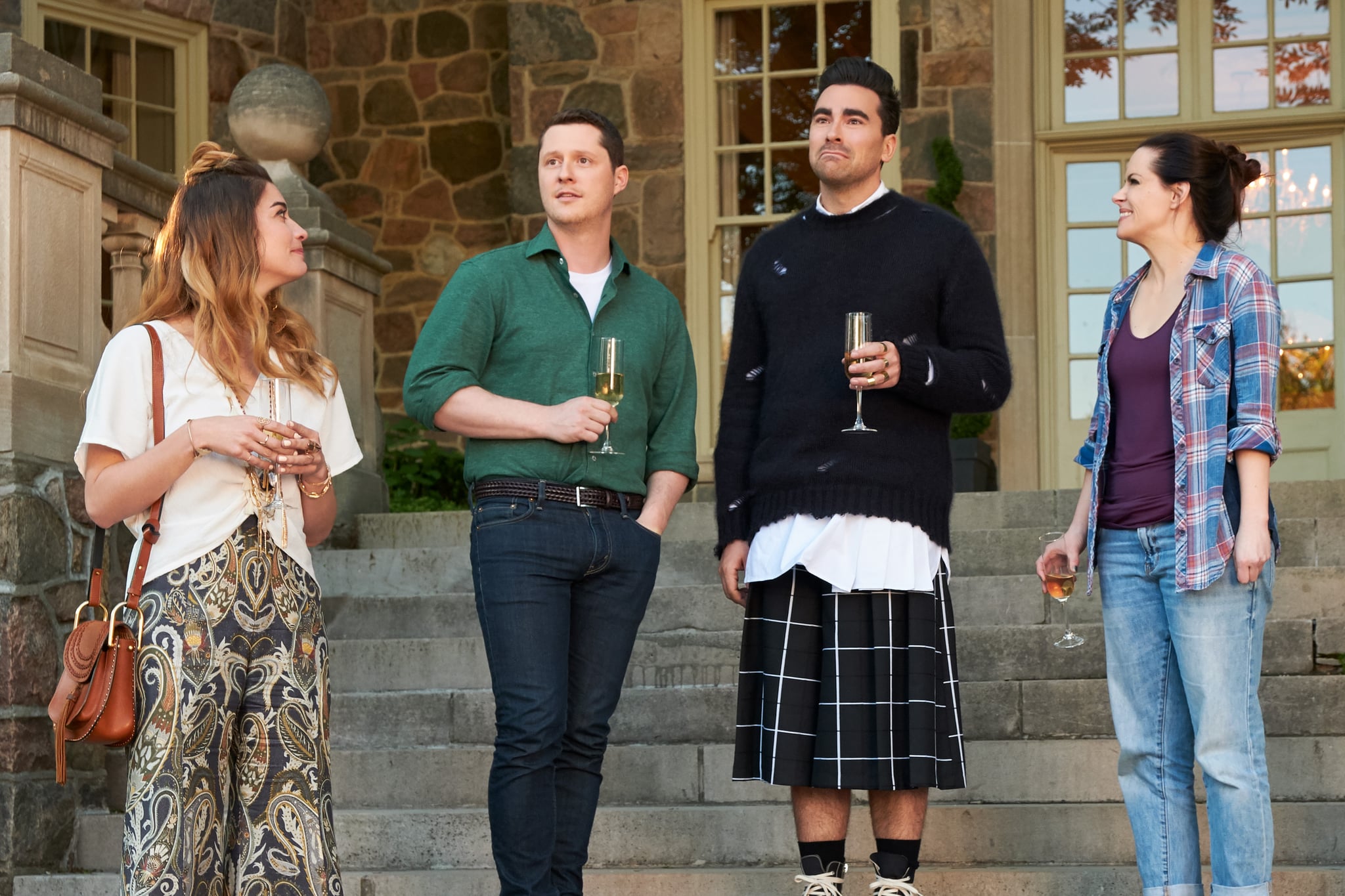 Schitt's Creek is officially in its final season, and we're not ready to say goodbye to the Roses! All good things must come to an end — but when will that official ending be? Schitt's Creek has not yet made a formal announcement of its series finale date, but we think we've got a pretty good idea of when the beloved comedy will be wrapping things up.

The sixth and final season premiered on Jan. 7, airing one episode per week on PopTV in the US and CBC in Canada. Just like the previous season, there will be a total of 14 episodes in season six. Assuming that there are no doubleheaders on the schedule, that would put the series finale on Tuesday, April 14. Some shows do multi-episode finales, using back-to-back episodes for extended finales, and if Schitt's Creek chooses to do that, then the finale would presumably air a week earlier, on Tuesday, April 7. Starting in March, Schitt's Creek will have some sitcom company on Tuesday nights, too: the fourth season of One Day at a Time (rescued by Pop after Netflix cancelled it) will begin airing after Schitt's Creek starting in March.

As Schitt's Creek comes to an end, the Roses and their friends are getting ready to embark on new journeys. So far, the season has included separate storylines for everyone. Moira (Catherine O'Hara) is plotting how best to take advantage of her film comeback on a Netflix-esque streaming platform, while Johnny (Eugene Levy) considers expanding the motel business and Stevie (Emily Hampshire) debates whether or not she wants to pursue a life outside the Rosebud Motel. Meanwhile, both Rose children are taking new steps in their relationships: Alexis (Annie Murphy) has hit a delay in joining Ted (Dustin Milligan) in the Galapagos, which means she's around while David (Dan Levy) and Patrick (Noah Reid) plan their wedding. We can't wait to see how these beloved characters will end up, but that doesn't make it any easier to say goodbye.