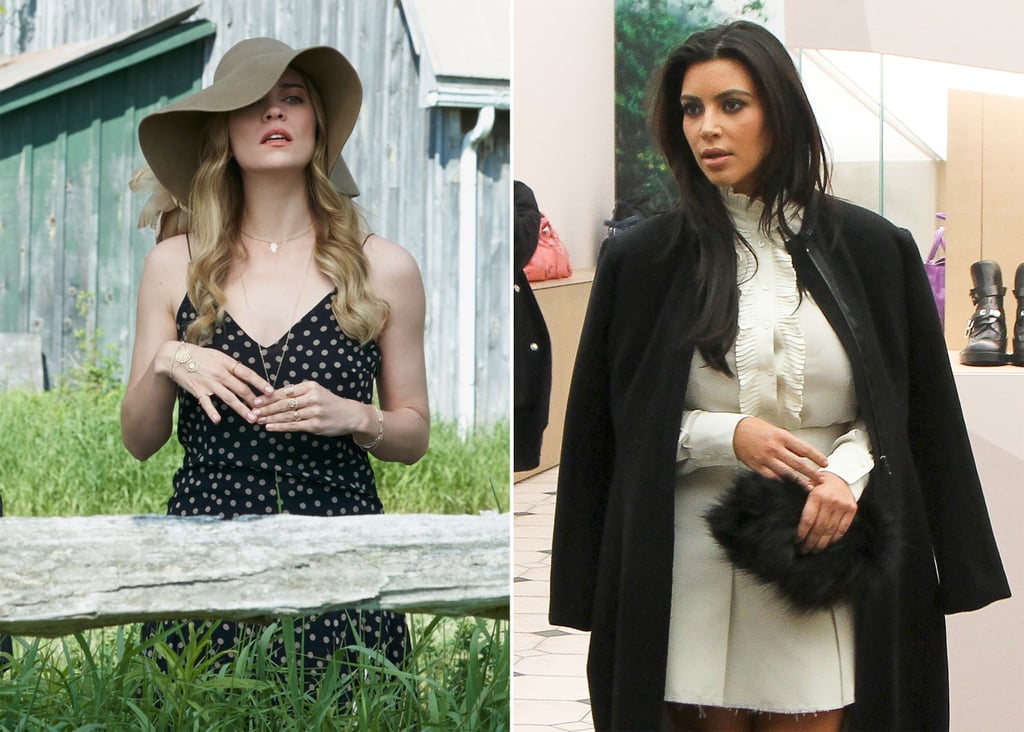 If you've ever found yourself duplicating the iconic hand gestures of Schitt's Creek's Alexis Rose, you have an entirely different famous family to thank: the Kardashians. That's right, not only did actor Annie Murphy base Alexis's vocal fry on the likes of Paris Hilton and Kim Kardashian, she based her signature hand gesture on how those two reality stars hold their bags.

During an appearance on interview series Build, Murphy revealed she got the idea from watching clips of Hilton and Kardashian: "Late one night, I was like, 'What if there was no handbag and I just flipped my wrist over and then, like, added another wrist?'" Much like her frequently yelling David's name, this is one of the biggest defining characteristics of the essence of Alexis. Guess that means she's not only a little bit Alexis, but a little bit Kardashian, too. In case you've forgotten how to do "the Alexis," below are just a few of our favorite GIFs of her famous gesture.

Related:
25 Schitt's Creek Scenes That Made Us Laugh, Cry, and Love the Rose Family to Pieces
Previous Next Start Slideshow
Schitt's CreekKeeping Up With The KardashiansTV