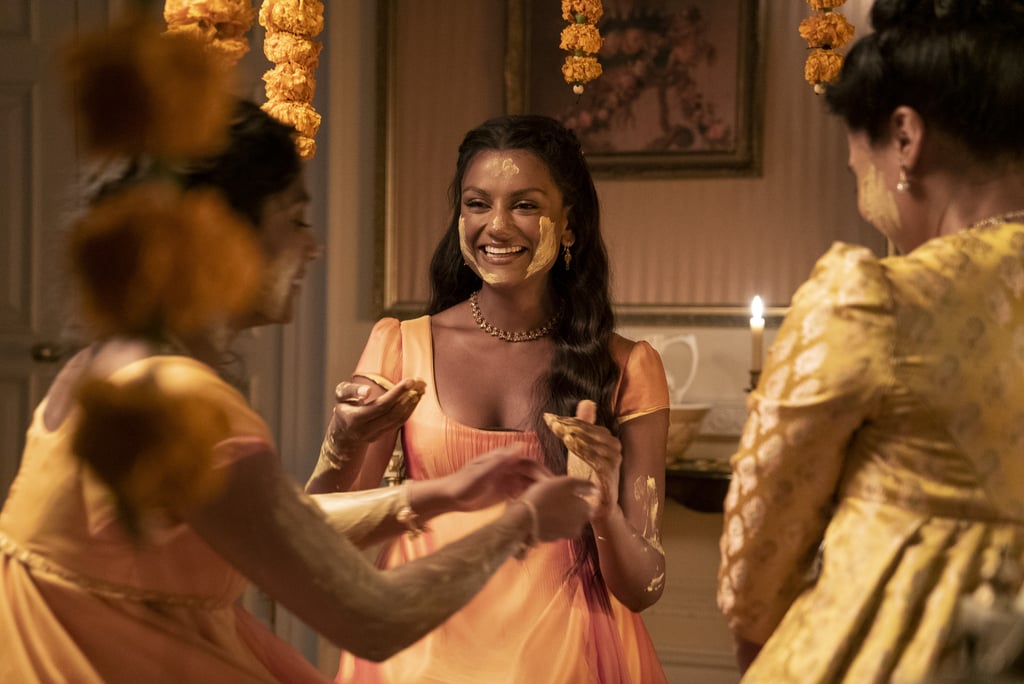 Simone Ashley Opens Up About South Asian Representation in "Bridgerton"

Dearest reader, I'm pleased to let you know that after speaking with Simone Ashley, I can confirm that she is every bit as charming as her "Bridgerton" character, Kate Sharma. When I first heard that Ashley would be joining the cast of Netflix hit show's second season, there were a lot of emotions running through me.

As a South Asian woman, the past few years have been so incredible to watch stars like Maitreyi Ramakrishnan, Poorna Jagannathan, and Richa Moorjani take center stage on Mindy Kaling's "Never Have I Ever." And now, with Shondaland's "Bridgerton" showcasing newcomers like Ashley and Charithra Chandran, who plays Kate's little sister Edwina Sharma, I'm finally seeing the representation I've been dreaming of. Having my daughter just a few months ago, it's truly an amazing feeling knowing that she's going to grow up and see the type of representation that I wish I had in my youth.

Ashley and I spoke about everything from where she was the first time she learned she landed the coveted role, how she felt about our culture being represented on TV, and what being South Asian means to her. Check out our conversation ahead.