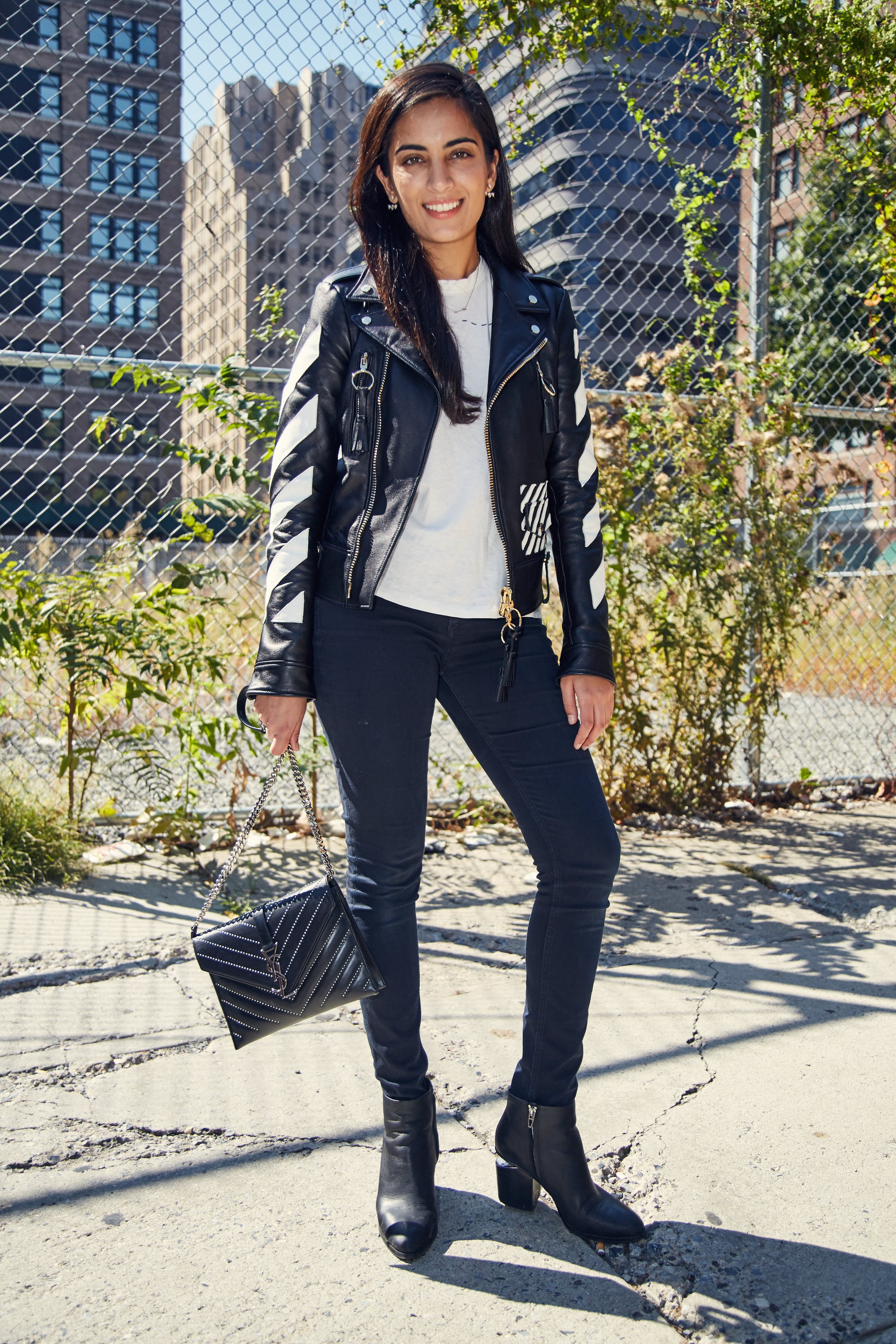 Fashion has always been a part of my DNA. As a child, I would spend hours dressing up in my mother's clothes, ripping out pages of magazines for things that inspired me, and drawing outfits from my favorite movies. Flash forward to today, fashion is still a huge part of my life, and I've even managed to make a career out of it. But whether I look at bloggers on Instagram or billboards on the street, one important question has always stood out to me: I'm Indian; why don't I ever see anyone who looks like me in fashion?

Growing up, I moved over 12 times, hopping around from cities like Mumbai, New York, and Dubai. Living in these cultural meccas, I often found myself wondering why the media didn't represent the stylish Indian people I saw walking on the streets every day. When I would see an Indian person being represented on TV, I'd quickly realize that they were based on stereotypes rather than the kinds of real people I knew. I'm looking at you, Raj from The Big Bang Theory and Apu Nahasapeemapetilon from The Simpsons. (C'mon, Apu's last name is something right out of a racist joke book, don't you think?) Even as I entered my first Fashion Week, it was jarring how I could barely count the number of Indian models I saw on one hand.

Where Are We Now?

When Priyanka Chopra broke onto the scene with ABC's hit show Quantico in 2015, everyone couldn't stop buzzing about how amazing her style was. I, for one, couldn't help cheering from the sidelines, "FINALLY!" But the thing is, Priyanka's amazing style was something I already knew about and, over the years, I had kind of just given up hope that people outside of my community would take notice. It was powerful to see Priyanka make it big because it felt like Indian people were finally a part of the equation and getting some much-needed recognition. I was lucky enough to meet the actress during an event and we instantly bonded over the fact that we both love fashion and we are both Mumbaikars (which is a playful way of saying we both lived in Mumbai). I told Priyanka that it made me proud to see an Indian person making it big in Hollywood and she said that it made her happy because she too was proud to be Indian. 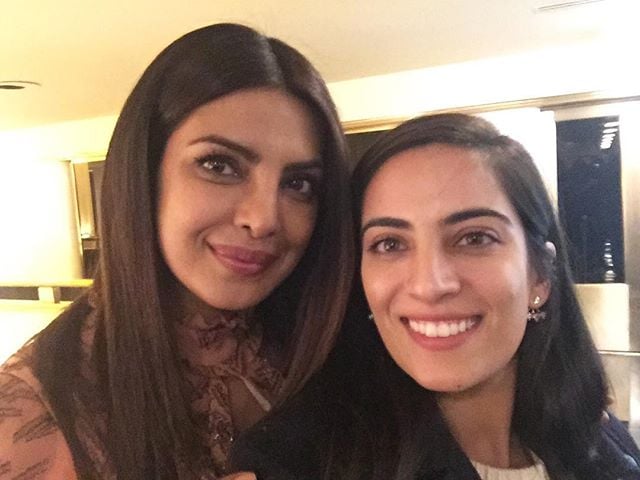 While it's great that Priyanka is getting the recognition she deserves, it's been three years since she broke onto the scene, and she is just one person from a country with a population over 1.3 billion. There are so many other fashionable Indian women out there like Sonam Kapoor, who has over 11 million followers on Instagram. (For scale, that's about the amount of people who live in Belgium or, to make it relatable to fashionistas, the same number of people who follow street style star Chiara Ferragni.) There's also Aishwarya Rai, who has received many accolades for her Cinderella-esque gown at Cannes Film Festival, and Bollywood actress Deepika Pudukone, just to name a few. (If you need any proof of how stylish these women are, just scroll through their Instagrams and you'll see what I'm talking about.) We should be giving more women like them a platform, because everyone's obsession with Priyanka has proved that the world is ready for it.

While it's great that Priyanka is getting the recognition she deserves, it's been three years since she broke onto the scene, and she is just one person from a country with a population over 1.3 billion.

One big missed opportunity was Vogue India's 10-year anniversary issue. Instead of choosing an Indian model or one of the many stylish Bollywood actresses, the magazine decided to "outsource" their talent (yes, I went there) by choosing American supermodel Kendall Jenner to be the cover girl. From a business perspective, I understand that it's a huge deal to land a covetable model like Kendall, but this could've been a huge moment for Indians to showcase some of the amazing, diverse talent we have in our country. It would've been inspiring to see someone Indian on the cover, showing the world that we're proud of our heritage.

Another thing that got everyone buzzing was a Business of Fashion article written by an Indian editor. I opened up Instagram one morning to see that a ton of my friends had posted a specific quote from the article that made them feel extremely marginalized, and it was easy to see why. "They [Indians] may not be the tallest or the conventionally prettiest of models," read the quote. I had many conversations that morning with others who were completely stunned by the fact that a fellow Indian could say something like that. If we perceive ourselves in this light, what stops others from doing the same? Being someone who's been called both "too Indian" and "too Americanized" my entire life, the article made me furious because that statement is so far from the truth. While the editor did apologize stating she meant "Indian models weren't perceived as 'the prettiest' by the Western-centric standards that dominate the fashion market," it still made me sad to think that these so-called beauty standards are so deeply ingrained in our society. Shouldn't every ethnicity be celebrated and considered beautiful? We shouldn't be ripping each other down; we should be embracing each and every individual for who they are, and all of the unique traits they bring to the table.

Beauty companies like Rihanna's Fenty Beauty and Huda Kattan's beauty line are breaking the mold by making it a point to include a diverse range of models in their campaigns and, more importantly, releasing multiple shades of their products. Their lines were instant successes, and people of all different ethnicities couldn't stop expressing their excitement over feeling included for once. The fashion industry should take a cue from these companies and the public's overwhelming cry for more diversity. Honestly it baffles me why designers don't even see this as an opportunity to make more sales. They're all missing out on a huge segment of the population, one that could potentially mean millions of dollars in revenue. What company wouldn't want that?

Where Do We Go From Here?

One Indian woman in the fashion industry that I admire greatly is Roopal Patel, who is the SVP fashion director at Saks Fifth Avenue. Looking at her career, it makes me proud to see another Indian woman succeeding in the industry, particularly one who is regarded so highly by her peers and designers. I admire Roopal not only because she has a lot of knowledge about the fashion industry, but also because she's managed to forge her own path as one of the only Indian woman directors of a multimillion-dollar retail company. Having even one person with a high-profile fashion job like Roopal's can help inspire a movement in the industry. I know she has already inspired me in my own career.

Even though I am just one person, I've made it my mission to do everything I can to make the situation better. Working at a place like POPSUGAR, I feel like I can voice these issues and unearth Indian brands and designers that mean something to my culture. I've been making a conscious effort to include people of all different backgrounds in my stories in the hopes of making everyone feel more included when they read an article of mine. During my first week at POPSUGAR, I was showing my team pictures from my sister's wedding and everyone was asking questions about what each outfit meant and what exactly one wears to an Indian wedding. I decided to write a couple of posts about it and, just like that, I was already writing about topics that mattered to me.

It's inspiring to see how Ashley Graham and Tess Holliday have managed to start an entire movement about the lack of curve models in the industry. Maybe we can learn from these empowering women and try to get the conversation started in the same way.

This past year has sort of been an awakening for women. There seems to be a growing platform for women of all races to speak out when they feel like they're being marginalized and underappreciated in today's society. While these strides are long overdue, we definitely still have a ways to go. Much like the body-positivity movement, it's time to call for the fashion industry to be more diverse so every young woman can feel like they are being represented in some way. It's inspiring to see how Ashley Graham and Tess Holliday have managed to start an entire movement about the lack of curve models in the industry. Maybe we can learn from these empowering women and try to get the conversation started in the same way. Whether it's by using social media like the #effyourbeautystandards hashtag and calling for Indian bloggers to band together, or simply by sharing this story to spark conversations, we can at least attempt to make a difference. 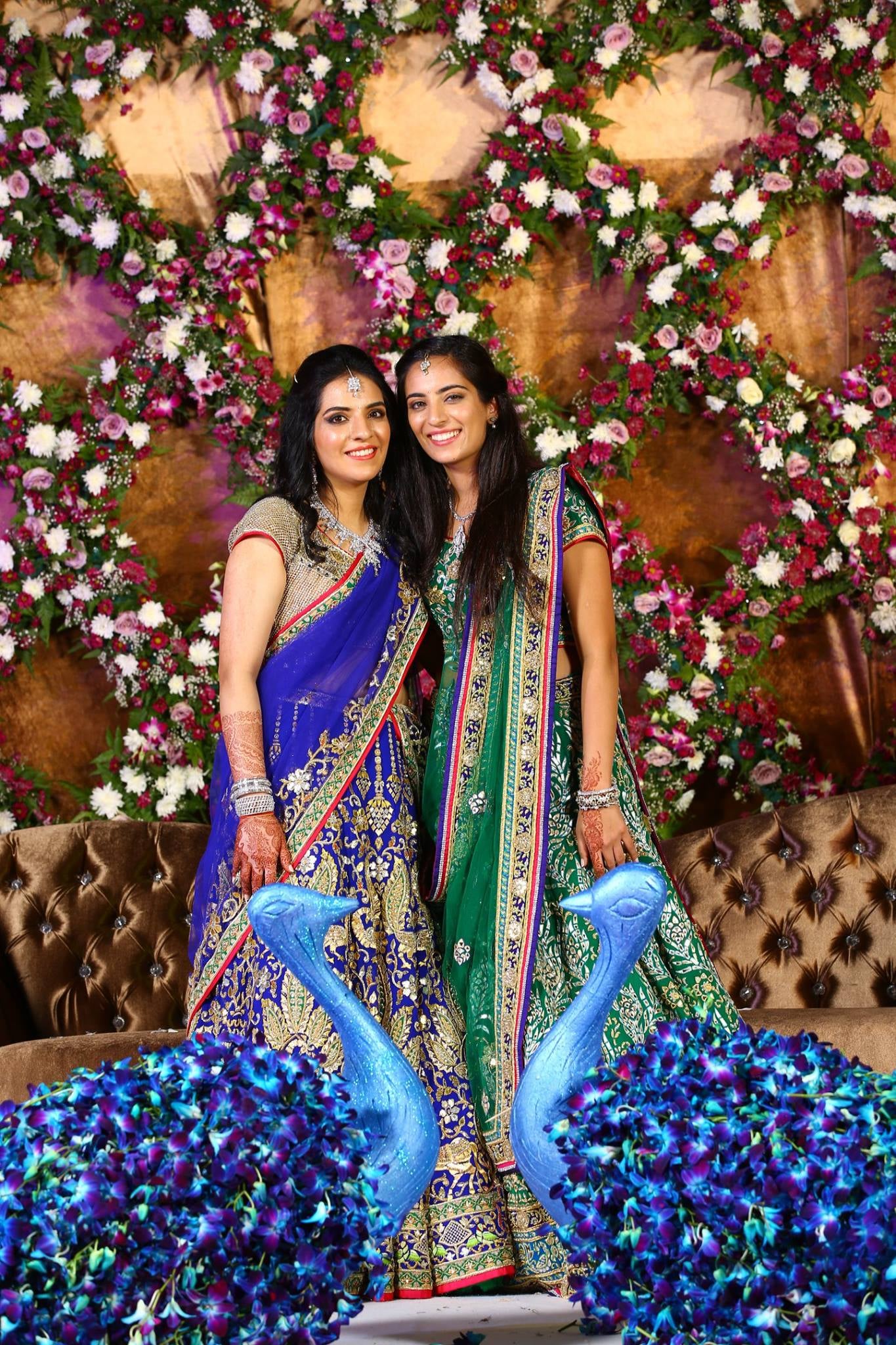 In the future, I hope to look at the runways of my favorite designers and see Indian models being included, but I wouldn't want it to end there. I would love for all ethnicities to be represented. Call it wishful thinking, but I think it can be accomplished in time. It's the best feeling in the world to see designers like Naeem Khan and Sachin and Babi Ahluwalia pave the way for other Indian designers out there. It gives me hope. After all, fashion is all about dreams. It takes a dream to start a company, it takes a dream to create a collection, and it takes a dream to make even the slightest difference in the world. Maybe one day, this simple dream will become a reality and we can finally look up at a billboard or open up a magazine, and see someone who we relate to looking back at us.