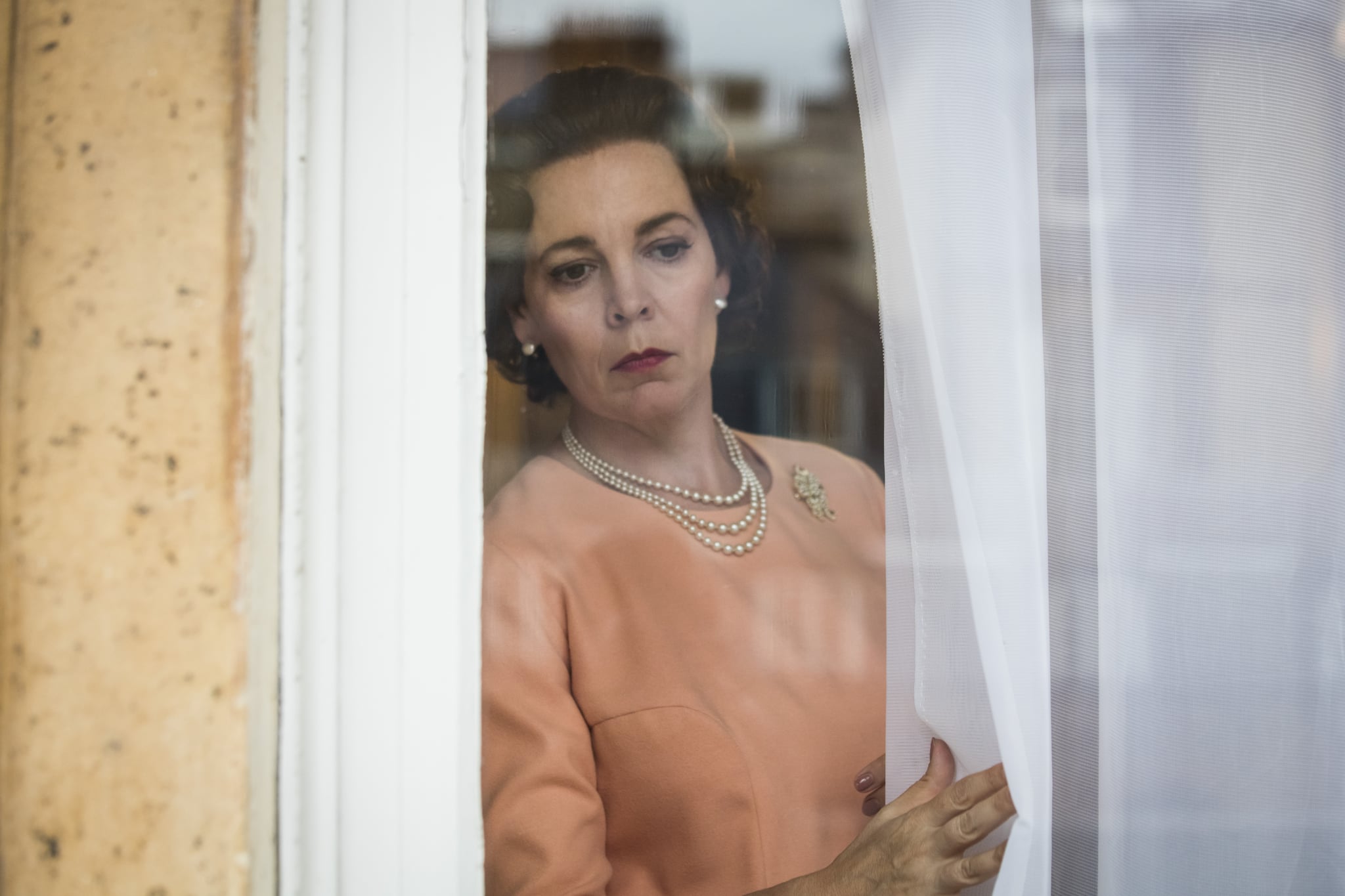 It's been almost a year since we dipped our toes into the drama of the royal family on Netflix's The Crown, and soon, we'll be diving back into the strife of Queen Elizabeth II and the rest of the royals in season four! On Aug. 20, Netflix revealed Nov. 15 as the official premiere date for the upcoming season of its historical drama, along with a sneak peek that gave fans their first look at two new cast members in action.

"Something as important as the monarchy simply cannot be allowed to fail," Olivia Colman's Queen Elizabeth II says before the brief teaser flashes a few quick glimpses of Gillian Anderson as controversial former British prime minister Margaret Thatcher and newcomer Emma Corrin as the future princess of Wales, Diana Spencer. The last shot of the video is solely of the Princess of Wales, dressed in her iconic wedding dress, as she readies herself on her wedding day in July 1981.

Season four marks the final run for Colman, Helena Bonham Carter, and Tobias Menzies before they pass the reigns to Imelda Staunton, Lesley Manville, and Jonathan Pryce for seasons five and six. Elizabeth Debicki will also step in to succeed Corrin as Princess Diana from the fifth installment onward. We won't be getting The Crown's fifth season until late 2021 since production can't begin until restrictions due to the COVID-19 pandemic begin to lift, but in the meantime, we have a lot to look forward to with season four!