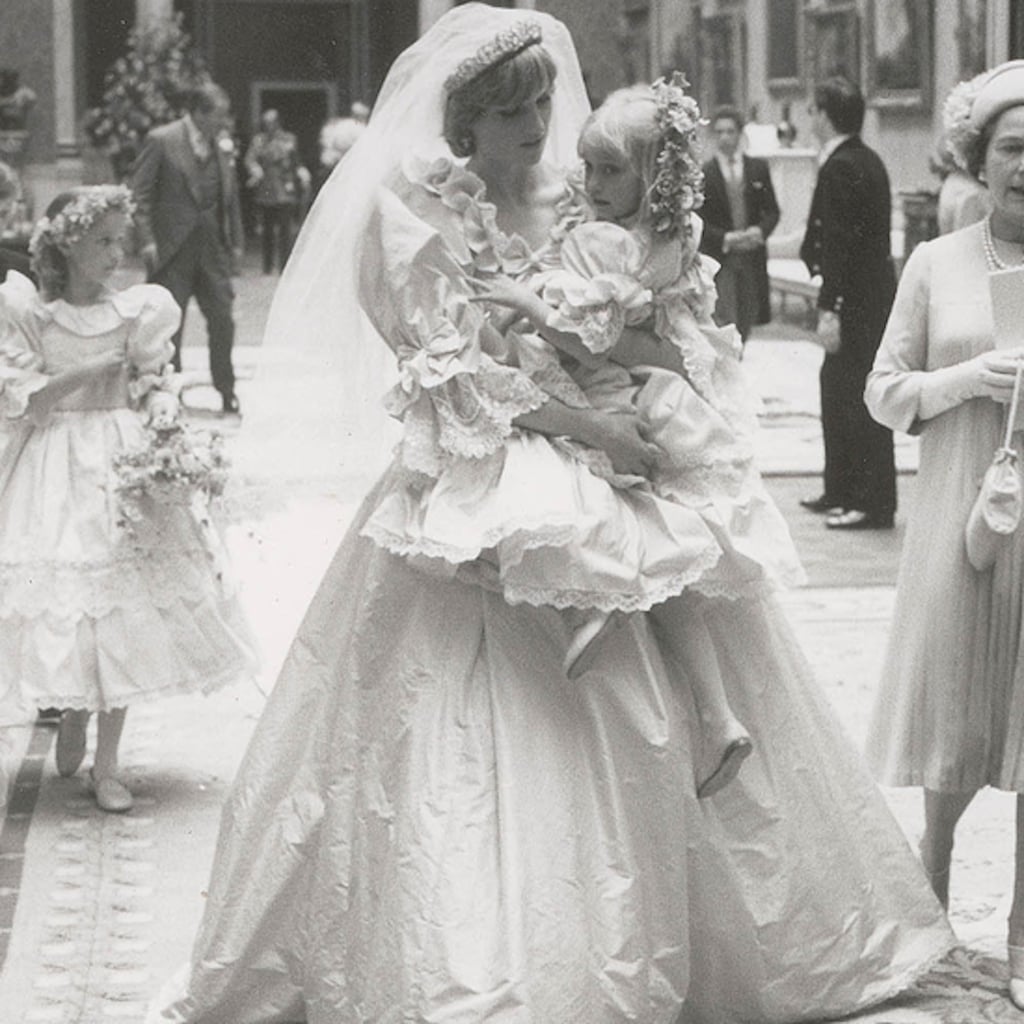 Princess Diana was so stylish, her classic fashion sense is still admired to this day. But her wedding dress — oh, her wedding dress — was straight out of a fairy tale. The iconic design, finished with a long train, pouf sleeves, lace ruffles, and a delicate scalloped hemline, was created by Elizabeth and David Emanuel and completed with a magnificent veil that outdid Diana's fanciest hats.

Recently, never-before-seen photographs from Diana and Prince Charles's wedding, which took place at Buckingham Palace on July 29, 1981, surfaced. The pictures were taken by an assistant to English photographer Lord Patrick Lichfield and feature incredibly gorgeous angles of Diana's gown. We're not surprised that the images have left the fashion world abuzz. Reminisce with us on the anniversary of the late princess's death.