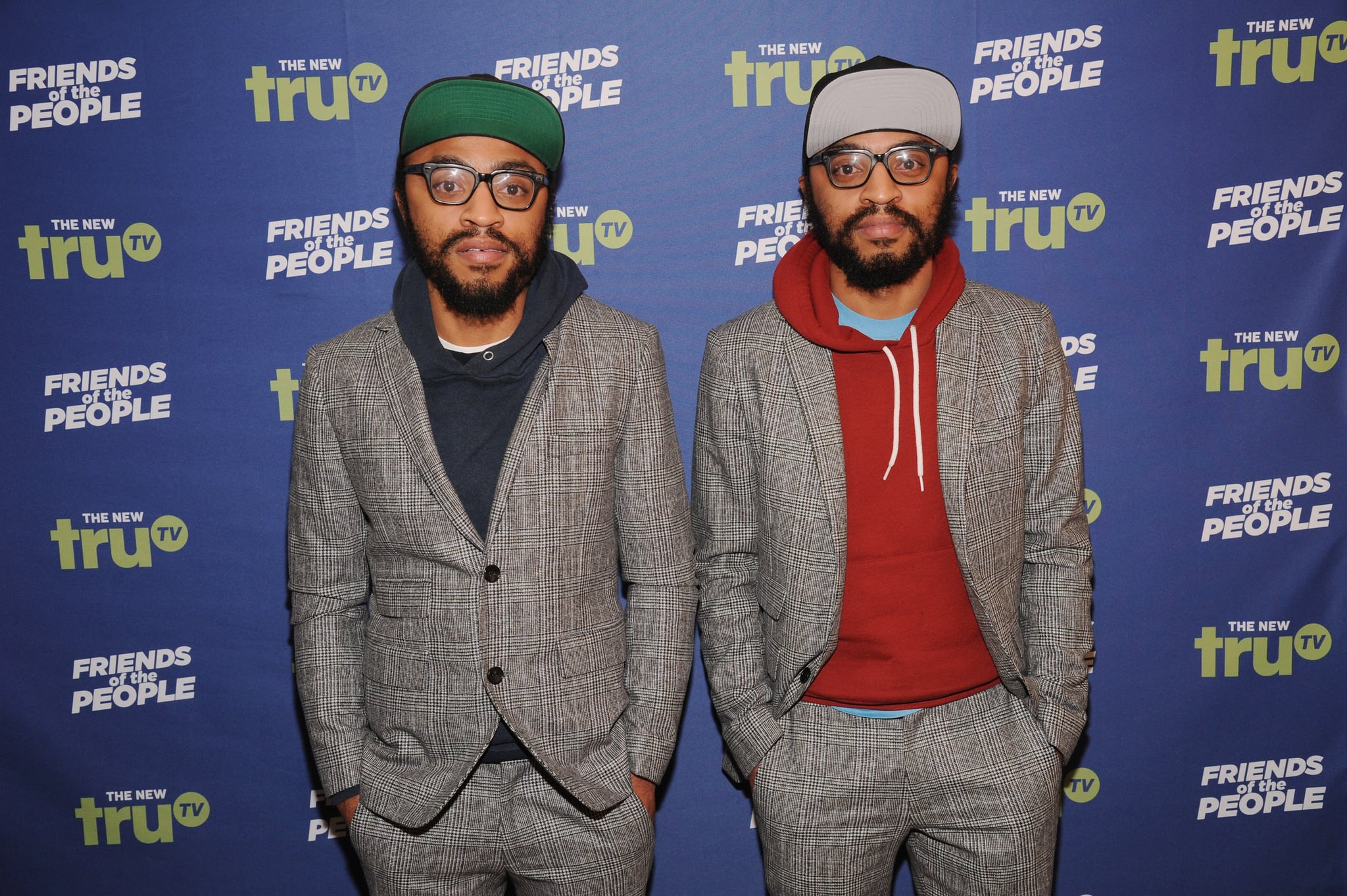 Image Source: Getty / Bryan Bedder
When you think of Kenny and Keith Lucas, aka the Lucas Brothers, you're far more likely to associate them with comedy than you are drama. The duo are the minds behind the animated series Lucas Bros Moving Co, the Netflix special Lucas Brothers: On Drugs, and can be seen in 22 Jump Street, Lady Dynamite, and Friends of the People. Now, they're branching out into more dramatic territory as the writers behind Judas and the Black Messiah, although director Shaka King would go on to write the screenplay with Will Berson. "I think it was always kind of have an obligation to tell Fred Hampton's story in such an international way. And I think we just got the opportunity to do it," Kenny told POPSUGAR about why they wanted to tell this particular story.

As for why now seemed the perfect time for Judas and the Black Messiah, that was actually down to timing. "I mean we started to develop this story in 2013 and what's interesting is that it would have been the right time then as well," added Keith. "Right from the hills of Trayvon Martin and Tamir Rice. It's been nearly a decade and honestly the entire time, the whole Black experience has been one filled with both trauma and state-sanctioned trauma. So, while the timing was perfect now, it honestly could have been released back in 1987 and it still would have been perfect timing."

"The whole Black experience has been one filled with both trauma and state-sanctioned trauma. So, while the timing was perfect now, it honestly could have been released back in 1987 and it still would have been perfect timing."

Not only was it important for the pair to tell Fred Hampton's story on a large scale, it was important for them to clear up misconceptions about the Black Panther Party. "Their militancy and their rhetoric, it didn't come in a vacuum," said Keith. "Back then, the police were even more vicious than the Panthers, but that wasn't a conversation that was happening in the '60s, '70s, '80s, especially in movie form. So, this was an opportunity to not only show a more nuanced perspective of the Panthers but to also show how crude the FBI was in the assassination of Fred Hampton."

When it came to nuance, Kenny and Keith decided to center the story on FBI informant William O'Neal versus Fred Hampton. "I think it was important to have a conversation about COINTELPRO," shared Kenny. COINTELPRO was a series of covert and illegal projects by the FBI aimed at surveilling, infiltrating, discrediting, and disrupting domestic American political organizations like the Black Panther Party. "We had to have a conversation about the mechanisms that the FBI used to assassinate and murder a citizen," he continued. "And in order to really see it, to humanize it, to understand the insidious nature of COINTELPRO and the psychological implications of COINTELPRO, you needed to see it through the eyes of William O'Neal."

Keith added, "When we were writing the story, it was important to us to juxtapose [Fred] Hampton with [William] O'Neal because we felt like that would be a more powerful way to display their different philosophies. First, there's William O'Neal, who is an individualist that's committed to himself. Then you have Fred Hampton, who is committed to the people there." For Keith, it was a much more powerful way of storytelling to "juxtapose both of them together." 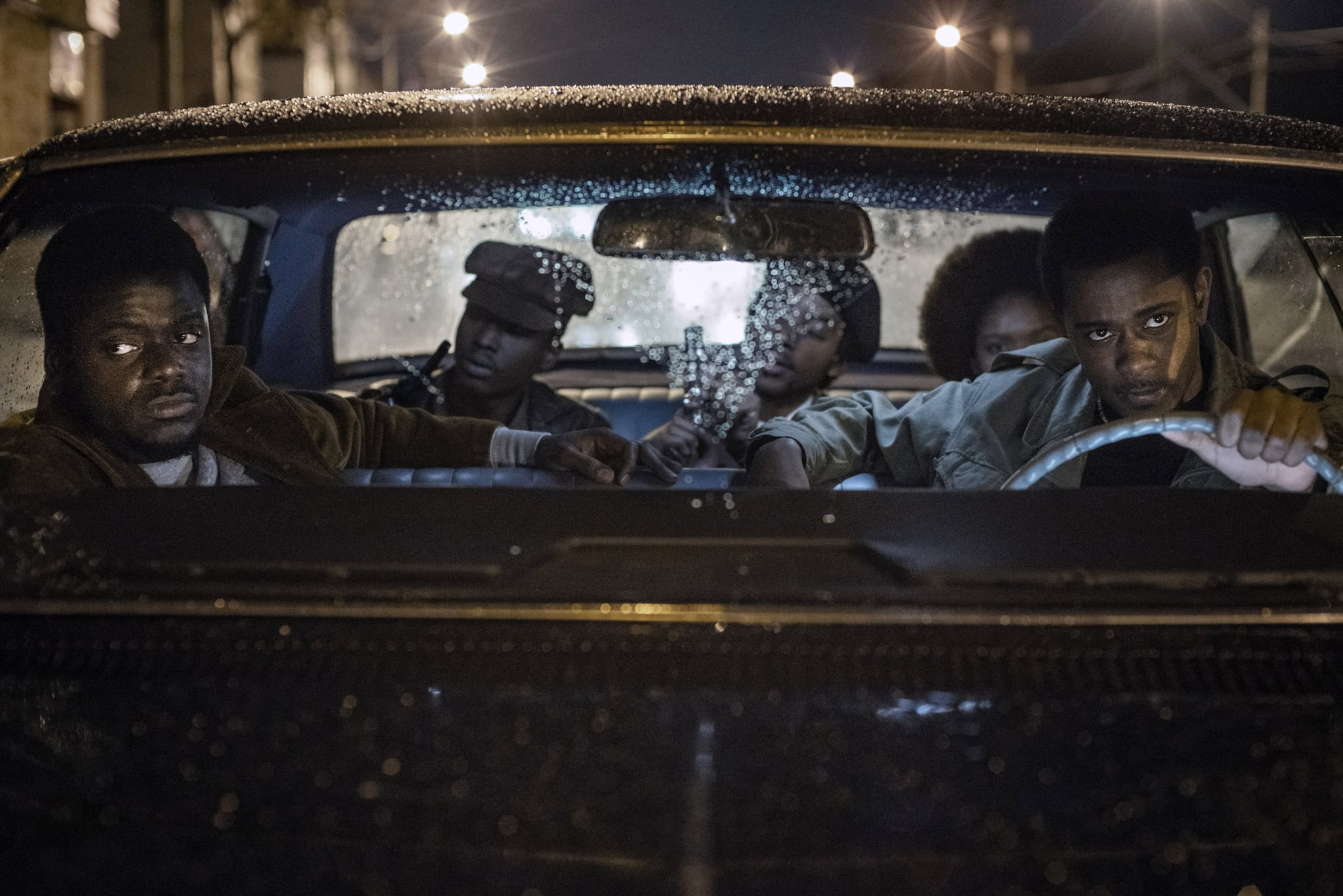 Image Source: Everett Collection
While figuring out the best way to go about such a large-scale story, Keith and Kenny had to put in a lot of research. In the process, they found themselves surprised at the sheer lengths the government resorted to in order to get things done. "I had no idea about the extent to which the federal government went to surreal and harass. I think COINTELPRO really blew my mind as an idea of to see it like actualize and to see people's lives destroyed," said Kenny.

Not only did they learn about the government, they learned about what the Panthers actually stood for. "I had a very limited understanding of what the Panthers stood even as a Black guy growing up in a very radical city. You don't really learn the nuances," Keith divulged. "We benefited from the programs they created, like the free breakfast program at our elementary school when we were in North New Jersey, but I didn't know the genesis of it. And researching the Panthers I got to see how active Hampton was on the scene and how prolific he was in shaping policies that are relevant to this day."

"That point is where the action of murder by the state is committed, and I think it fundamentally changed the civil rights movement."

With Judas and the Black Messiah, the brothers hope that not only they can entertain, but educate as well. "We did a lot of meticulous research and a lot of the scenes in there, and while you know we take creative liberties, they are fact-based," explained Keith. "And so, as Kenny says, 'this is an opportunity to not only entertain, but also educate.' And hopefully, the film will start up as a jumping up point and won't stop the conversation. We hope that people are more intrigued by Fred Hampton and his message and what he stood for."

For those familiar with Fred Hampton, William O'Neal, and their interconnected story, there was only one way the Lucas Brothers could end it. When asked if they'd ever considered any other routes, like continuing on with William O'Neal and what happened afterward, Kenny had this to say: "No, there was never a point where [Hampton's death] wasn't going to be our ending." He continued, "We felt like that was an important climax to all the narratives. That point is where the action of murder by the state is committed, and I think it fundamentally changed the civil rights movement. I think it also changed the FBI's relationship with African-Americans as well as the trajectory for African-Americans and how they're criminalized for activities that may not necessarily be considered crimes."

"Ultimately this is a true crime thriller, and [Hampton's death is] what made it all crystal clear where you're like, 'Holy Cow,' the FBI literally worked in concert with the Chicago police department," stated Keith. "I think the nature of the execution is something that I think people need to see and know about. It's one part of the story that we felt crucial in telling them." 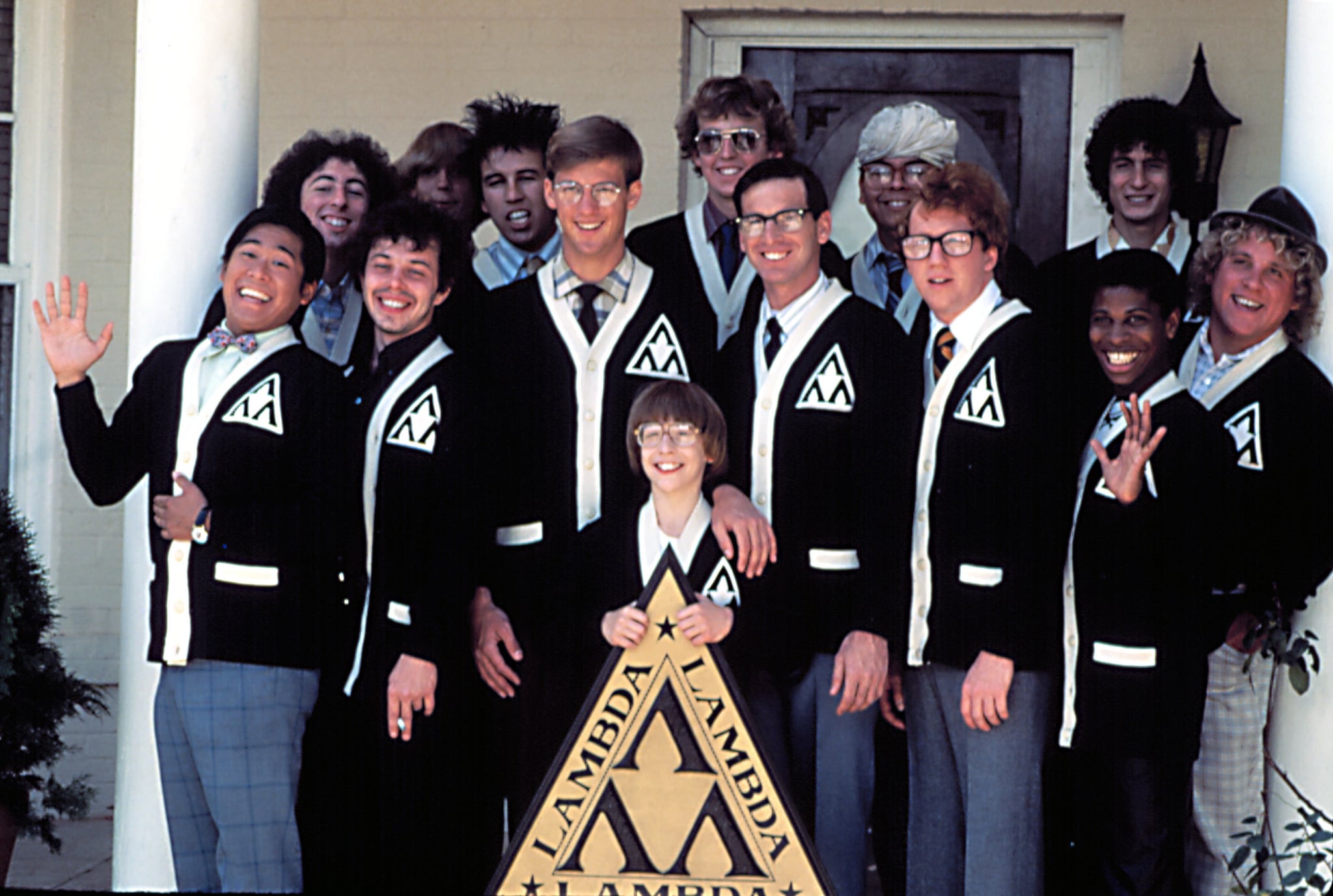 Image Source: Everett Collection
As for future projects, the duo already has ideas on what historical figures they could cover next. "We're very fascinated with William Sullivan, Dr. Martin Luther King Jr., J. Edgar Hoover, and Bill Lawrence, the FBI agent in Memphis. Essentially, that entire saga from 1956 to 1968," shared Kenny. They also have their sights set on a story that's closer to home, since they grew up in Newark, NJ. "We're also interested in potentially bringing Mayor Sharpe James's story to the screen," added Keith. "He was a very dramatic figure to the Newark political scene and his story is intertwined in the development of Newark. So if we can figure out how to tell the story to be a very compelling sort of dramedy, it could be something that really comments on the local political scene of Newark."

"We can critique it and any opportunity we get to critique things, I think you take it."

Speaking of comedies, the brothers are currently at work developing a Revenge of the Nerds reboot with Seth MacFarlane producing. Initially, they almost passed on the opportunity. It wasn't until the pitch brought up an interesting conversation around nerd culture that the pair decided to get on board. "When we were approached, we were like, 'Well, no. We're not going to do that. That doesn't really appeal to us,'" explained Kenny. "There's also a somewhat historic debate that we could potentially ground in a sort of sports-like movie that we thought could be intriguing. It's also with 20th [Century Studios] so we have access to references like Star Wars and the like. The question, of course, is how much do you take from the previous film? And do you address the more problematic concerns from that script in that era? So that's the opportunity I think we have and we get that grounded in a more human story. And we also do get to comment on some of the big errors that they made with the previous versions of the movie. We can critique it and any opportunity we get to critique things, I think you take it."

Besides Revenge of the Nerds, they've teamed up with 22 Jump Street's Phil Lord and Chris Miller for a unique and high concept comedy. "We're in the early stages and just finished our first draft," Kenny said when asked about what he could tease about the project. "I think what's so fascinating about Phil Lord and Chris Miller is that their comedy is so fresh and unique, and their direction is obviously top-notch quality. I think the story that we were concocting with them sort of falls in line with their overall ideology of taking something that's been done, but inverting it in a sense." If you're wondering what premise they're inverting, it has to do with a body-swap, but with twin tropes. "I think that that's a very fascinating take on it, whether it'll work only time will tell," Kenny finished with a laugh. While it may be a while before we can see their Revenge of the Nerds reboot or the twin body swap comedy, you can currently watch Judas and the Black Messiah on HBO Max.

Ghostbusters
The "Ghostbusters: Afterlife" Sequel Has a Release Date
by Njera Perkins 2 hours ago