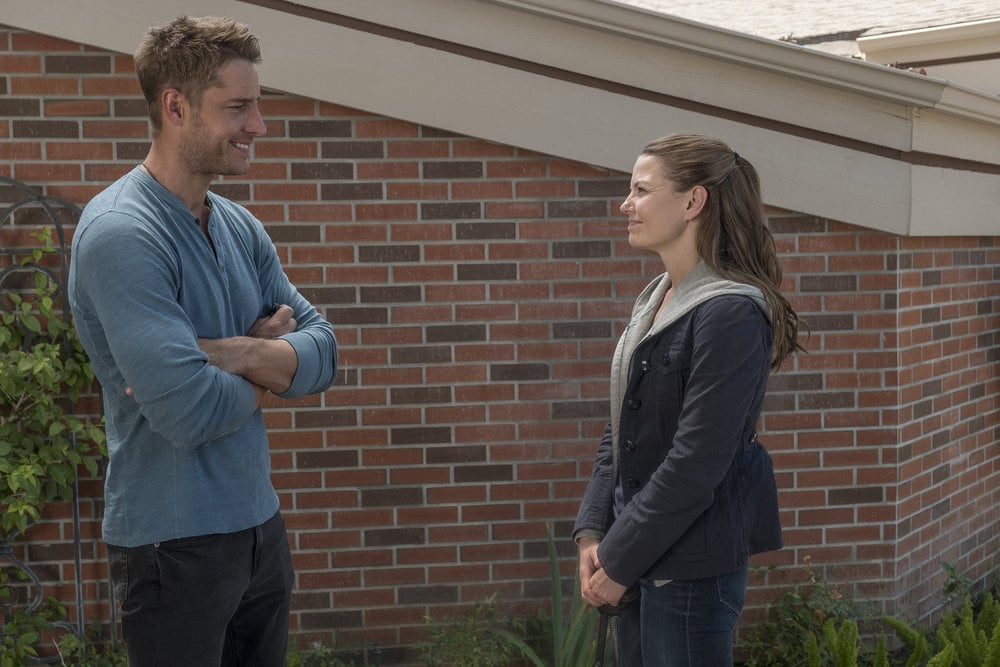 It looks like a romance is brewing between Kevin and Cassidy on This Is Us. During Tuesday night's episode, titled "The Club," the two share a passionate kiss which eventually leads to them hooking up in his trailer. Naturally, fans have a lot to say about the surprising scene. While some are happy to see the pair finally get together, others are worried about Kevin moving on so quickly with another love interest, especially since they are both recovering alcoholics.

Ever since Cassidy's character was introduced earlier this season, fans have been theorizing how she will play a role in Kevin's life. While the veteran has been trying to make things work with her estranged husband and son, it seems like she's instead growing closer to Kevin.

Seeing that Kevin has a son in the flash-forward, it's possible that Cassidy and Kevin's romance could end up being more long-term. Although, if we're learned anything about This Is Us, it's that nothing is ever what it seems.

Until the writers give us the answers we so desperately crave, see how people are reacting to Kevin and Cassidy's steamy kiss ahead.