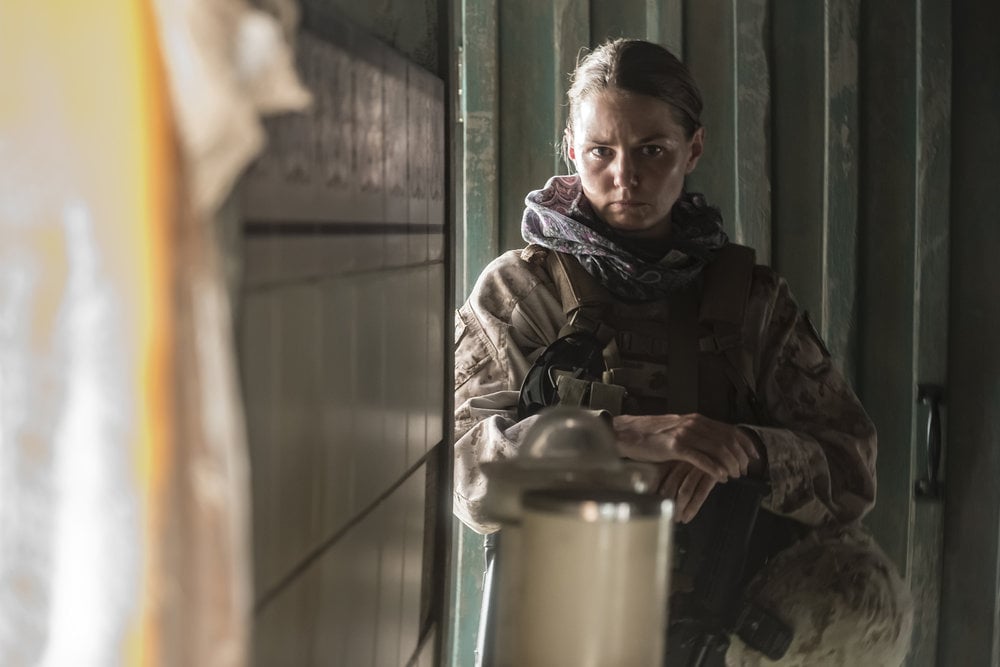 This Is Us is back for season four, which means we're officially back in theorizing mode. After getting introduced to a whole new set of characters during the premiere, our heads began spinning as we tried to figure out how each of them connects to the Pearson family. While Malik appears to be a future love interest for Deja and the blind musician is actually a grown-up version of Toby and Kate's son, it's still unclear how Cassidy's story will play out.

In the episode, we learn that Cassidy, played by Once Upon a Time alum Jennifer Morrison, is a vet who is struggling with PTSD and alcoholism after returning from war. Following an altercation with her son and getting separated from her husband, Cassidy decides to attend an Alcoholics Anonymous meeting to talk out her issues. However, the meeting is cut short when a drunken Nicky throws a chair into the window.

The episode ends with Nicky in handcuffs and Kevin booking a plane ticket to Pennsylvania to bail him out of jail, but something tells us we'll be seeing more of Cassidy in the near future. So, just how does her story connect to the Pearson family? Let's break down the three most convincing theories.

Previous Next Start Slideshow
This Is UsTVTheories