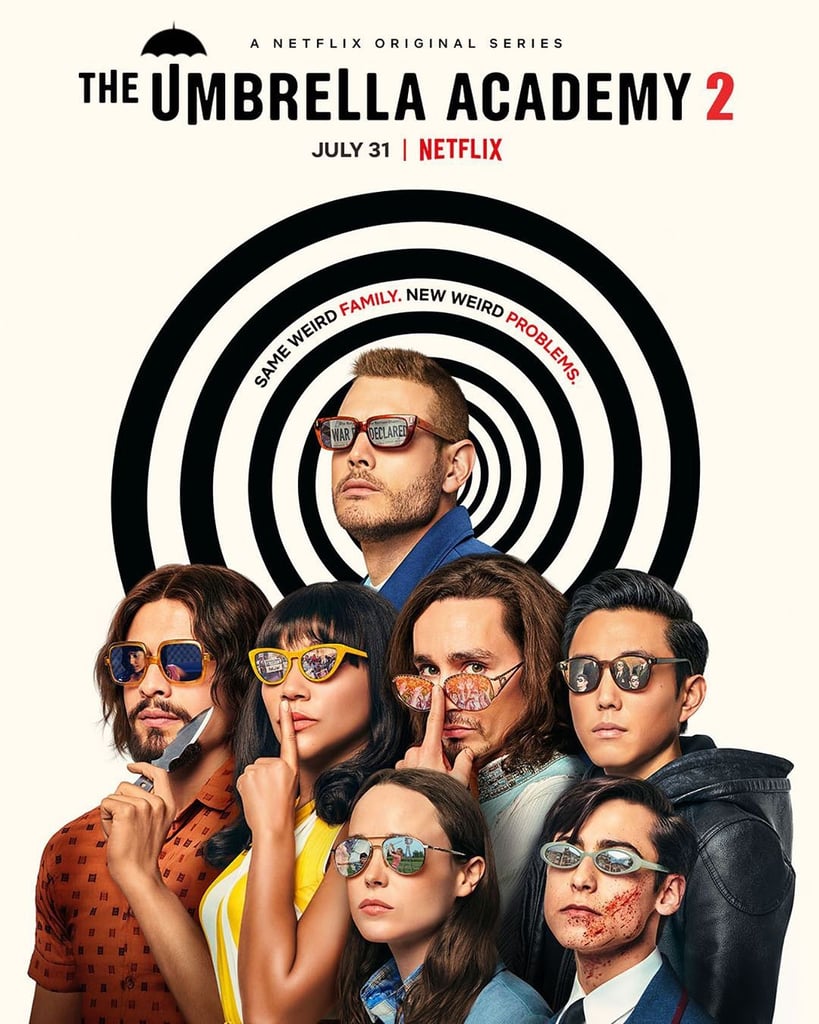 The Umbrella Academy Season 2 Poster Is Full of Easter Eggs, and We're Breaking Them Down

Ahead of the July 31 release of season two of The Umbrella Academy, Netflix dropped a teaser in the form of a poster, which is filled to the brim with Easter eggs. While the first season follows the arc of Gerard Way's limited comic-book series titled The Umbrella Academy: Apocalypse Suite, the second season seems like it may be deviating slightly from the arc in the next and aptly named limited comic-book series, The Umbrella Academy: Dallas. When we last saw the Hargreeves family, they were headed back in time with the help of Number Five (Aidan Gallagher) in the hopes of avoiding the apocalypse. Since Number Five has yet to master his powers, the family ends up in Dallas . . . albeit with each of them at a slightly different time in the '60s.

We don't know exactly how true to Dallas the second season will be, but we do know that there will be at least three non-comic characters included. They were previously announced on Instagram as "Sissy (Marin Ireland), a Texas housewife that's eager to discover what life and love has to offer; Lila (Ritu Arya), a chameleon who can be as brilliant or clinically insane as the situation requires; and Raymond (Yusuf Gatewood), a devoted husband and natural-born leader."

So, what do the images in the Umbrella Academy's glasses mean? Above is the image for you to figure out for yourself or you can keep reading to see our predictions.