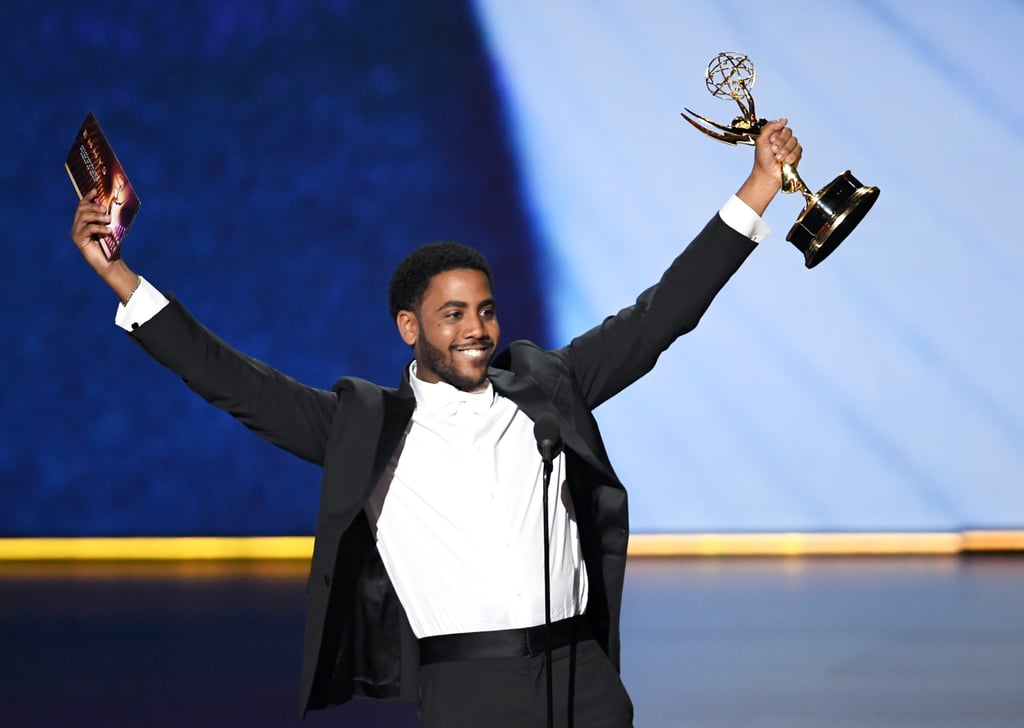 Jharrel Jerome Receives Standing Ovation For First-Ever Emmys Win — and He Deserves It!

There's always something magical about a first-time win during award season, and Jharrel Jerome just got his shining moment at the 2019 Emmys. Jerome won lead actor in a limited series for his role as Korey Wise in Ava DuVernay's When They See Us. The Netflix documentary made waves with its heart-wrenching portrayal of the real-life story of the Central Park Five, and Jerome has been a fan-favorite frontrunner since his nomination was announced.

"I feel like I should just be in the Bronx right now, chillin,' waiting for my mom's cooking, but I'm here," the actor said in his acceptance speech. "I'm here in front of my inspirations, I'm here in front of the people I'm so motivated by, and the reason I'm here is because of actors like the ones I was in the category with." He went on to thank his mother, DuVernay, and, of course, the Exonerated Five who gave him a standing ovation for his win.

By the end of his speech, Jerome had the entire audience standing in his honor — and it was perfectly well-deserved! Despite the Emmys' unfortunate choice for a background photo, it's obvious they made the right call with this win. Check out Jerome's speech ahead, as well as the enthusiastic response to his win by viewers from all corners of the world.

TV
Legends Only! Remy Ma Is Joining ABC's Queens in a Recurring Role
by Princess Gabbara 21 hours ago