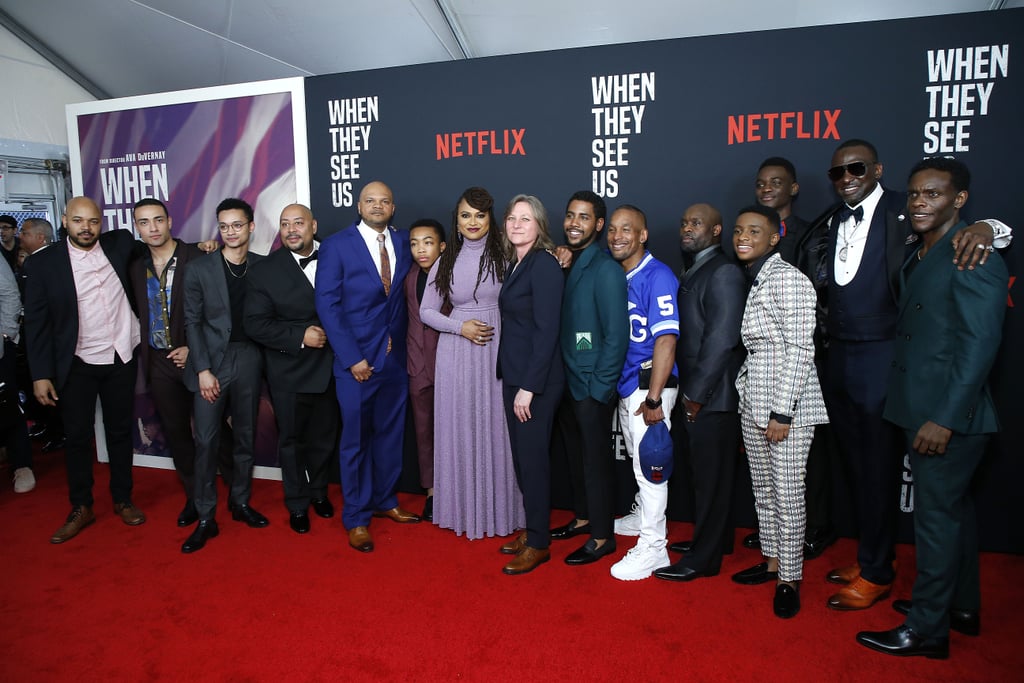 When They See Us: See the Cast Alongside the Real Life "Exonerated Five"

After the tackling the systemic racism entrenched in our prison system with the acclaimed Netflix documentary 13th, Ava DuVernay has returned to the streaming giant with the painful true story of the Central Park Five. When They See Us is a four-part limited series that depicts the horrific crime and ensuing trial that drew nationwide attention through the eyes of the five young black and Latino men — Antron McCray, Kevin Richardson, Yusef Salaam, Raymond Santana, and Korey Wise — who were arrested and tried for the brutal rape and assault of jogger Trisha Meili. The limited series chronicles the arduous 25-year fight for justice, starting from the night of the incident all the way up to September 2014, when the now-grown men sued New York City and settled for a little over $40 million.

The true crime drama stars several familiar faces — as well as a few newcomers — who all deftly handle the gravitas of their roles in the harrowing drama. Each of the Central Five, also known as the Exonerated Five, are played by two separate actors who show them in their teens and later, in their 20s and 30s. The sole exception is Korey, who has one actor depict him throughout the film. Keep reading for a look at the nine actors alongside the real men they're portraying.