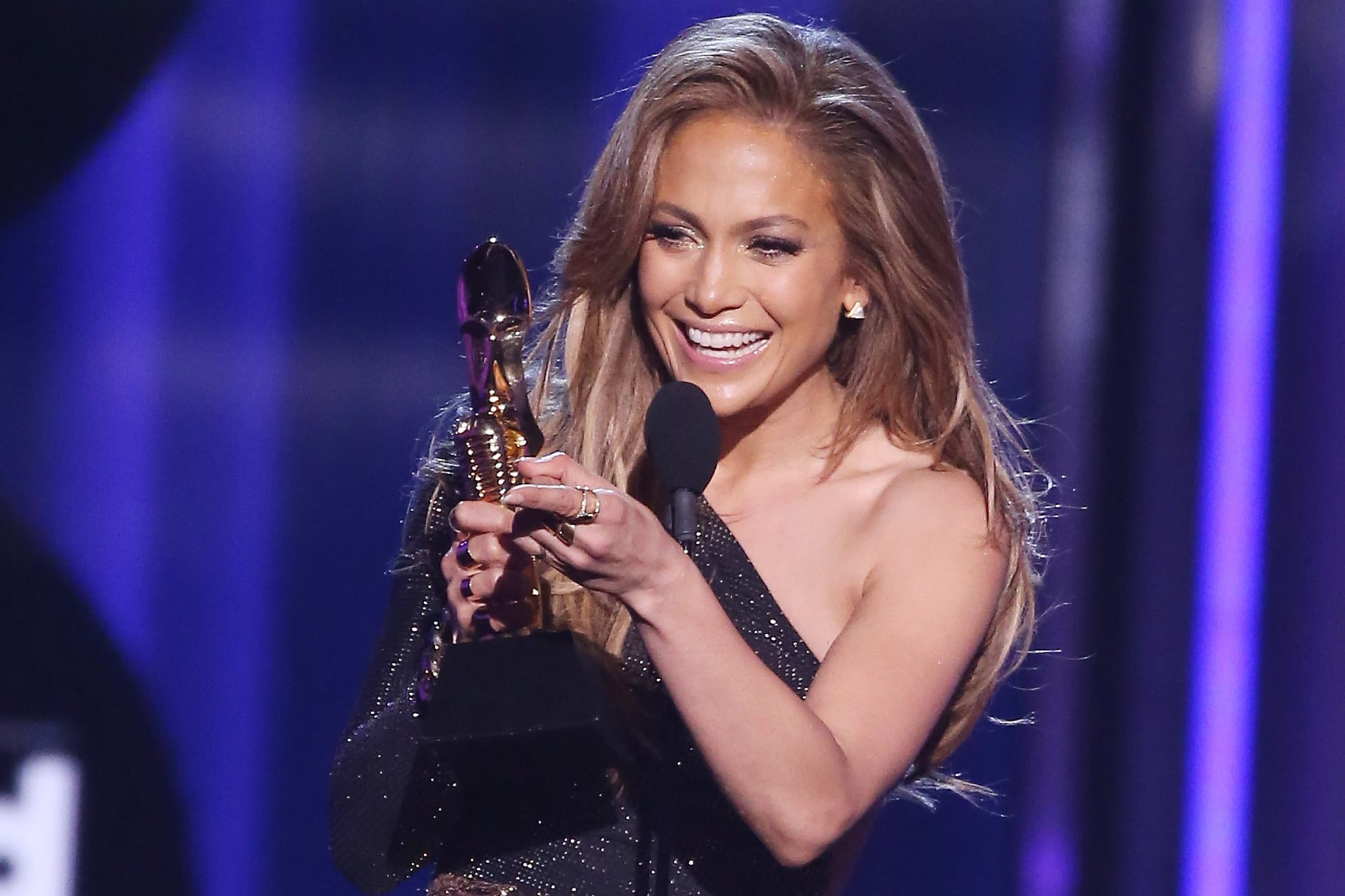 It's probably no surprise that Jennifer Lopez has won a lot of awards during her career. She's been an icon in the entertainment world since the late '90s, and with the critical and commercial success of Hustlers, she's right back in the spotlight this year. Ahead of her award season buzz, we're looking back at her impressive haul of awards from the past.

As you would probably expect, the majority of Lopez's awards have come from her acclaimed music career. She's won 11 Billboard Latin Music Awards, as well as the "Icon Award" at the 2014 Billboard Music Awards. Her music videos have also won her three MTV Video Music Awards, and in 2018, she was the recipient of the Michael Jackson Video Vanguard Award at the VMAs. On top of that, her style earned her a trio of Vogue/VH1 Fashion Awards, including being named most influential artist in 2002.

Lopez is getting major buzz as an actress this year, thanks to Hustlers, but if she does get nominated for acting awards, it won't be her first time getting critical praise for her acting. Back in 1998, before she was a major presence on the music scene, Lopez was a rising actress. Her role in Selena had her portraying Selena Quintanilla-Pérez, a real-life Latina pop star who was murdered in 1995 by her estranged fan club manager. Selena earned Lopez her first major award nomination, with a Golden Globe nod for best leading actress in a musical or comedy (she ultimately lost to Helen Hunt for As Good As It Gets).

Outside of the entertainment industry, Lopez's humanitarian work has also snagged her some top-tier recognition. GLAAD awarded her the Vanguard Award in 2014, while the Human Rights Campaign recognized her in 2013 with their "Ally for Equality" award. The Lopez Family Foundation, which she founded in 2009 with her sister, has been recognized by UNESCO and by the American Telemedicine Association.

What might surprise you? The one award she hasn't actually won yet. Although she's been nominated twice for best dance recording — once in 2000 for "Waiting for Tonight" and once in 2001 for "Let's Get Loud" — Lopez hasn't won a Grammy! She was also nominated for two Latin Grammys in 2000 for "No Me Ames" but didn't win. She does, however, hold a pair of awards that most musicians don't have. Lopez has held two Guinness World Records so far: in 2003, J to tha L–O! The Remixes was recognized as the first No. 1 remix album on the Billboard 200, and in 2012, "On the Floor" became the highest viewed female music video of all time. It's been a few years since Lopez's original work has been recognized with major award nominations, but we're pretty sure that will change this year.