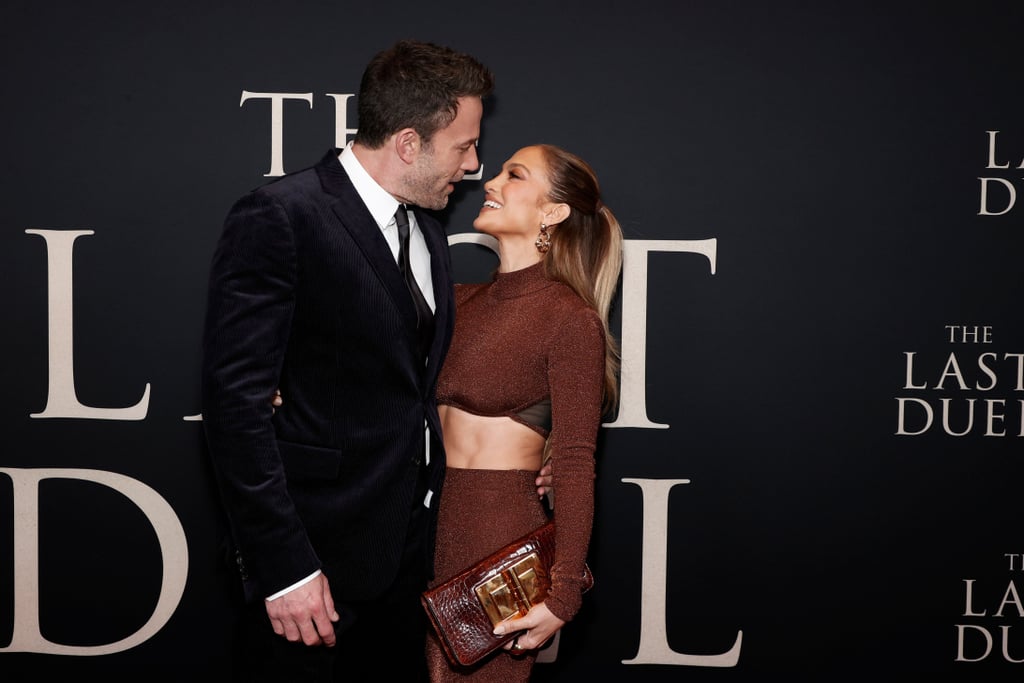 Grab a Cup of Tea, Because We're Looking Back at Jennifer Lopez's Dating History

We can't say we didn't see it coming. After a year of witnessing Jennifer Lopez and Ben Affleck back together, appearing seemingly in love, and then getting engaged once again, we knew it was just a matter of time before they walked down the aisle together. That time has finally arrived. The couple got hitched this past weekend on July 17, 2022, in a small ceremony after obtaining a marriage license in Clark County, NV. According to the marriage license obtained by POPSUGAR, Lopez will be changing her name to Jennifer Affleck (which is also how she signed her newsletter).

"We did it. Love is beautiful. Love is kind. And it turns out love is patient. Twenty years patient," wrote Lopez in her newsletter. "Exactly what we wanted. Last night we flew to Vegas, stood in line for a license with four other couples, all making the same journey to the wedding capital of the world."

We can't say we expected Lopez and Affleck to have a Vegas wedding. A fancy — but intimate — celebration seemed more like Lopez's style but it appears that the couple really wanted it to be just them. After 20 years, getting married and starting their lives together was a lot more important than a big event.

With the recent wedding news, we can't help but take a trip down memory lane — through Lopez's love history, to be more specific. Throughout her career, Lopez has been linked to celebrities and civilians alike since she first hit the spotlight. Last year, she rekindled a hot romance with ex-fiancé Ben Affleck, which seems to be going strong. The couple attended the film premiere for "Marry Me" earlier this year looking so into each other, that it had us all hoping for a proposal before the end of this year, which came even sooner than expected.

Related:
Ben Affleck and J Lo Turn the iHeartRadio Awards Into a Family Affair With Their Kids

Their romance started almost 20 years ago, but the love they had for each other clearly never went away. The couple initially got together back in 2002 but broke things off in 2004. But the two kept things amicable for years. According to their astrology charts, Ben and Jennifer might actually be soulmates, with both their moon signs falling in Scorpio. Lopez is clearly a romantic by nature and we can't blame her. Similar to her "Marry Me" character Kat Valdez, Lopez is an optimist when it comes to love and a hopeful romantic. It doesn't matter how many public romances and breakups she's faced, Lopez refuses to give up on love and she doesn't beat herself up over failed relationships either. "When you're in things, you do what feels right. And I don't beat myself up over 'I wish I had done this differently' or 'Did I do too much?'" she said in a recent interview with The New York Times. "That's what was comfortable at the time. I did what I did. He did what he did. And it was fine. The relationship stuff had nothing to do with being public or not being public."

From her high school boyfriend to her marriage to Marc Anthony to her rekindled romance with Affleck, here's a deep look at J Lo's romantic evolution.

Black History Month
Allyson Felix's Mentor Was an Olympic Legend, Too: "Jackie Has Been by My Side"
by Allyson Felix 22 hours ago