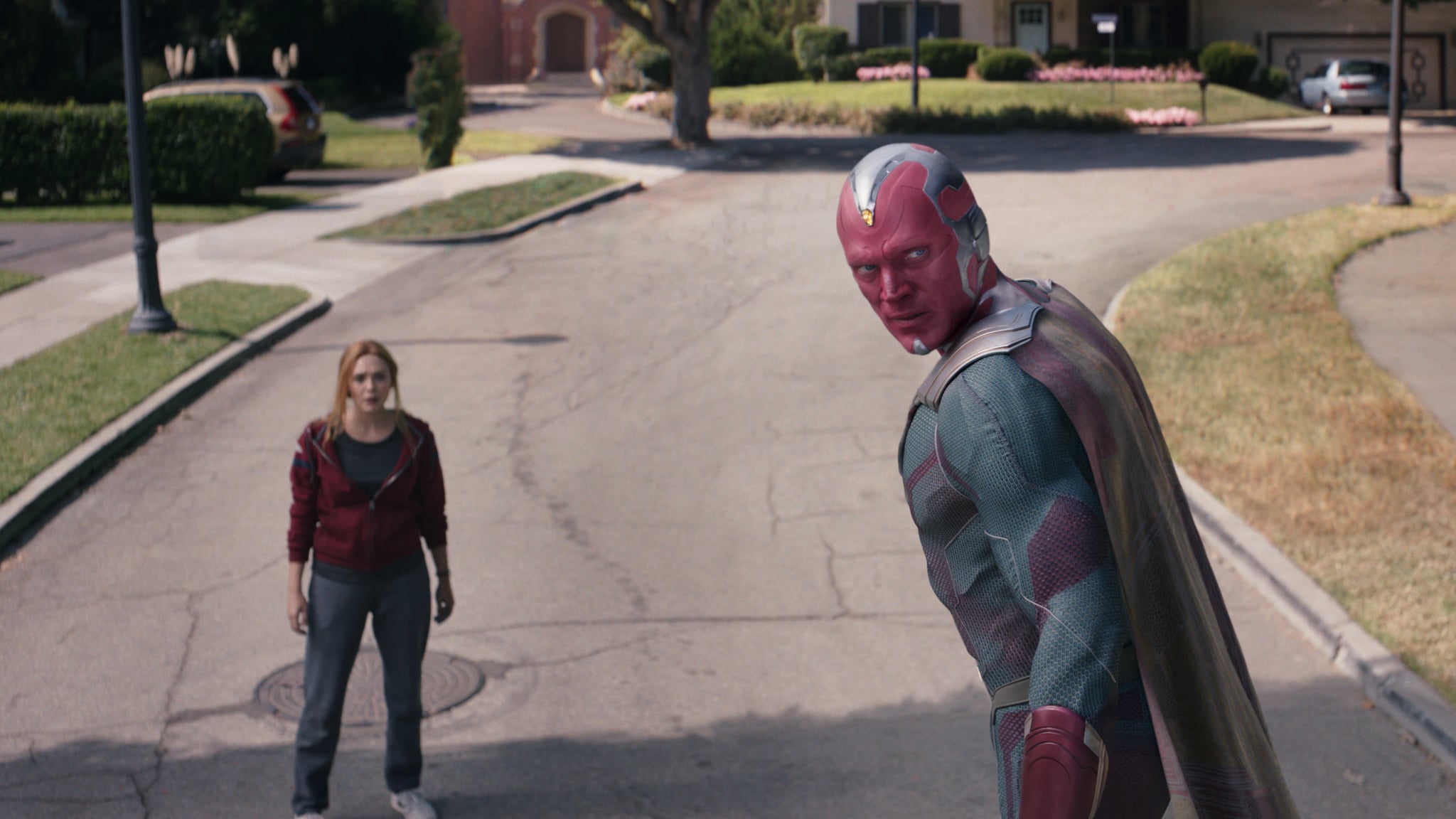 Disney+'s WandaVision finale aired on March 5, and it wasn't without a few tears. After learning that Vision was created in the Hex when Wanda unleashed Chaos Magic in Westview, our suspicions about his fate were proved true in the final episode.

After casting a spell on the town, Wanda decides to finally lift the Hex and set the people of Westview free. As a result, though, she also has to say goodbye to her twins and Vision, since she created them with the same Chaos Magic. As Wanda and Vision spend one final moment together in the middle of their living room, she watches as he disintegrates to nothing. Then she ends right back where she started: standing in the middle of a lot that Vision gave her.

While the Vision that Wanda created appears to be gone, it seems like this might not be the end of their story. As the couple say their bittersweet goodbyes, we're offered some hope as Vision recounts all the various forms he's taken over the years. "Who knows what I might be next?" he asks. "We have said goodbye before, so it stands to reason," he says, before Wanda adds, "We'll say hello again."

Of course, this doesn't seem too far-fetched, seeing as there is another Vision running around out there somewhere. Earlier this season, we learned that S.W.O.R.D. took Vision's original body and remade him into White Vision to take down Wanda. However, in the season finale, that whole plan hits a snag when the Hex's Vision comes face to face with White Vision. In addition to talking him down from his plan to hurt Wanda, Hex Vision also gives White Vision the data of the original Vision's old memories. (Confusing, I know.) Though it's probably not a true fix, since he's still pretty emotionless, White Vision does decide to leave Westview.

So, what does this mean for the future? In the comics, White Vision eventually regains some of his emotional side over time, but it has some serious repercussions on his relationship with the Avengers and Wanda. Seeing that Wanda is slated to appear in Doctor Strange in the Multiverse of Madness, it's possible that we'll see White Vision again soon.