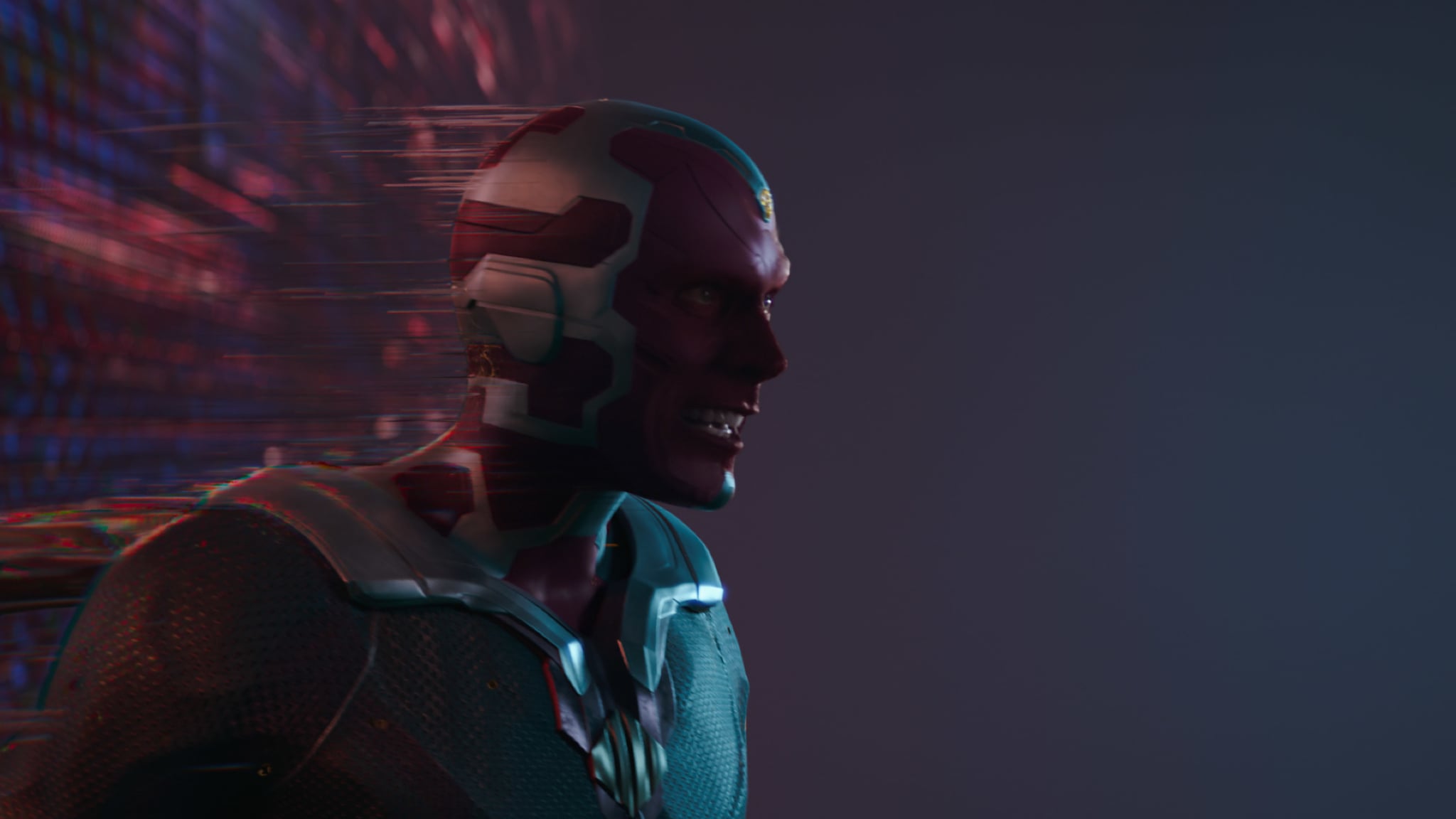 WandaVision's latest postcredits scene reveals something we've wondered about for a while: what S.W.O.R.D. really wants with Vision. Now we know: the organization has rebuilt Vision's body and reawakened it with remnants of Wanda's powers, but this Vision looks very different. The newly revived Vision is pure white and seemingly emotionless, evoking a storyline from the comics that bears quite a few parallels to what's happened on WandaVision so far.

Vision's origins in the comics are a little different than in the onscreen Marvel Cinematic Universe. In the movies, Vision is initially built by Ultron to be a "final" body for his advanced artificial consciousness, but his body is taken by the Avengers before Ultron can upload himself. Instead, Vision's consciousness is an amalgamation of Ultron, Tony Stark's AI JARVIS, the Mind Stone, and even a little of Stark and Bruce Banner. In the comics, however, Ultron creates Vision by using the brain patterns of a superhero, Wonder Man (who has not appeared so far in the Marvel movies).

After Vision is killed by a group of government agents being manipulated by a supervillain, Hank Pym (aka the scientist from Ant-Man) works to bring him back to life, but he hits a snag: Wonder Man refuses to let his brain patterns be copied again. As a result, Pym is able to revive Vision, but he's a blank slate — all his memories and personality, including his feelings for Wanda, are gone. He operates like a computer, on pure logic without any emotion, and that is represented by his new appearance: a pure white color scheme, just like the revived Vision in WandaVision's most recent midcredits scene.

Over time, Vision starts to regain some of his emotional side, gaining brain patterns from Alex Lipton, a dead scientist, as well as some of his old brain patterns that begin to reemerge. The arc also involves the Anti-Vision, a being in Vision's colorless body who works with a villain and tries to erase the real Vision's personality. Eventually, the real Vision prevails, although his relationships with the Avengers and with his wife Wanda are seriously damaged.

There are several elements of this comics storyline that have appeared so far on WandaVision: the government agents dismantling Vision, a revived white Vision, and the setup for a Vision-vs.-Vision battle. We suspect Vision's true fate will finally be settled when the WandaVision finale airs on March 5, and we're bracing for a heartbreaking conclusion