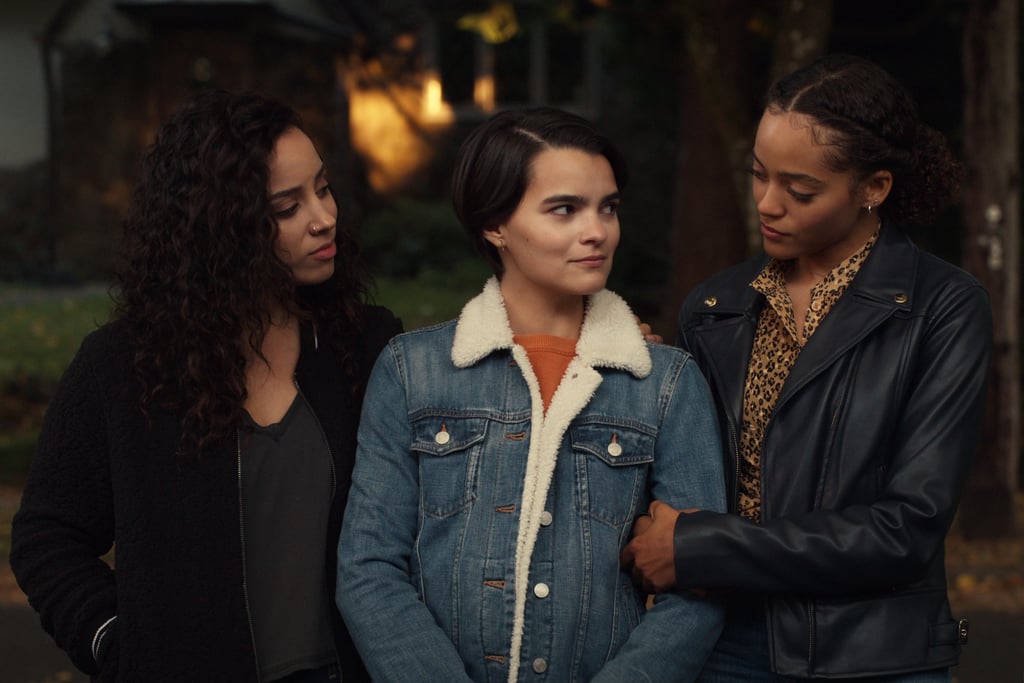 That's a wrap! Netflix's Trinkets has officially ended with its second and final season (cue the collective "aww"). But the silver lining is that the concluding installment, which dropped on Aug. 25, gives the star trio — Elodie Davis (Brianna Hildebrand), Tabitha Foster (Quintessa Swindell), and Moe Truax (Kiana Madeira) — very hopeful endings for their respective characters.

The three best friends spend the entire season navigating through a series of troubled relationships with classmates, family, and love interests. Elodie struggles to maintain a sense of self and honesty when she cavorts with rock star Sabine (Kat Cunning), as well as when she becomes romantically involved with her schoolmate Jillian (Chloë Levine). All the while, she's still grappling with the death of her mother. Tabitha embarks on a journey of self-discovery after ending things with her abusive ex-boyfriend, Brady (Brandon Butler), while also processing her parents' split. And Moe deals with several obstacles in her relationship with Noah (Odiseas Georgiadis) as her home life is upended by the sudden reemergence of her brother, Ben (Andrew Jacobs), and father, Danny (Andrew Keegan). Oh, and she's blackmailed by Brady.

Evidently, some serious sh*t goes down, but the featured squad sticks together and helps one another overcome their biggest battles. Keep reading to see how everything in Trinkets' closing chapter plays out.

Related:
Trinkets: Trying to Find the Eclectic Indie Bops From the Season 2 Soundtrack? We've Got You
Previous Next Start Slideshow
NetflixTVTrinkets