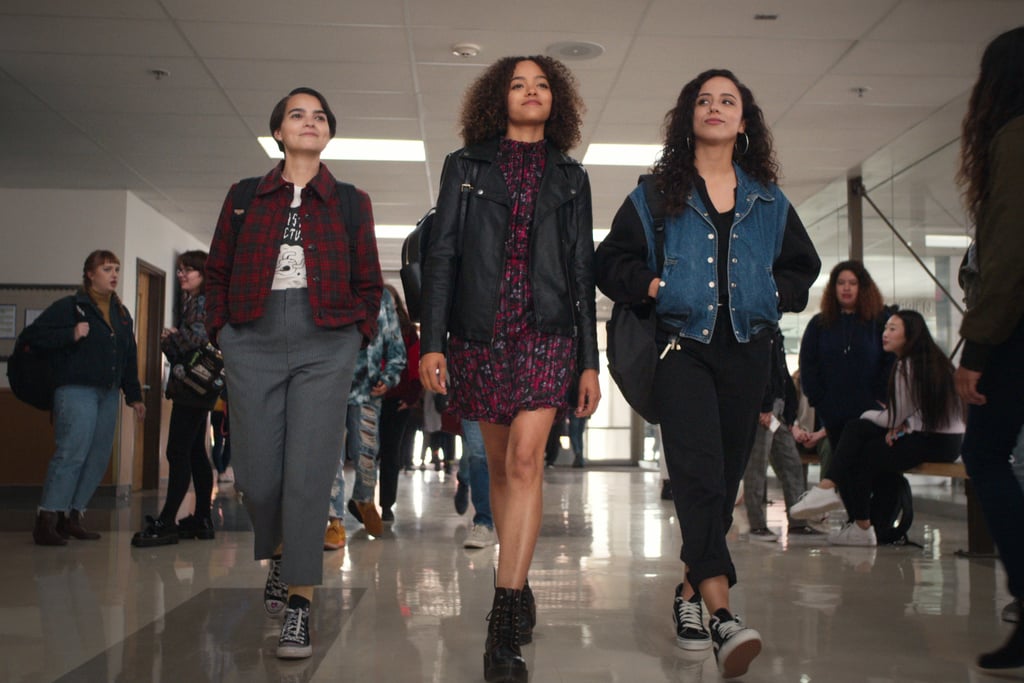 The trailer for Netflix's second and final season of Trinkets dropped on Thursday, and we're in for a wild ride. The two-minute clip gets right into the drama, showing Tabitha Foster (Quintessa Swindell) and Moe Truax (Kiana Madeira) being questioned by authorities for an unknown reason. Considering their many unlawful excursions from before (like getting revenge on Tabitha's abusive ex-boyfriend by stealing, destroying, and sinking his car), they could have been taken in for, well, anything. Since we don't see Elodie Davis (Brianna Hildebrand) in the hot seat, we're going to assume she's still on the road and running away from home with the free-spirited rock star Sabine (Kat Cunning).

But it appears that Elodie, Tabitha, and Moe — the Three Muskethieves, I like to call them — eventually have an epic reunion at school with a new attitude. As opposed to their secret alliance in the first chapter, they proudly strut down their high school hallway together as a public declaration of their friendship. By the looks of it, they'll need each other more than ever before as they navigate self-identity, new and old romances, toxic relationships, after-school activities, and felonious pursuits — you know, normal teenage stuff. Watch the trailer ahead, then check out the first-look photos from the upcoming episodes that are set to drop on Aug. 25!

Related:
How Old Are the Actors From Trinkets? Well, They're Definitely Not Teens Anymore
Previous Next Start Slideshow
NetflixTVTrinkets