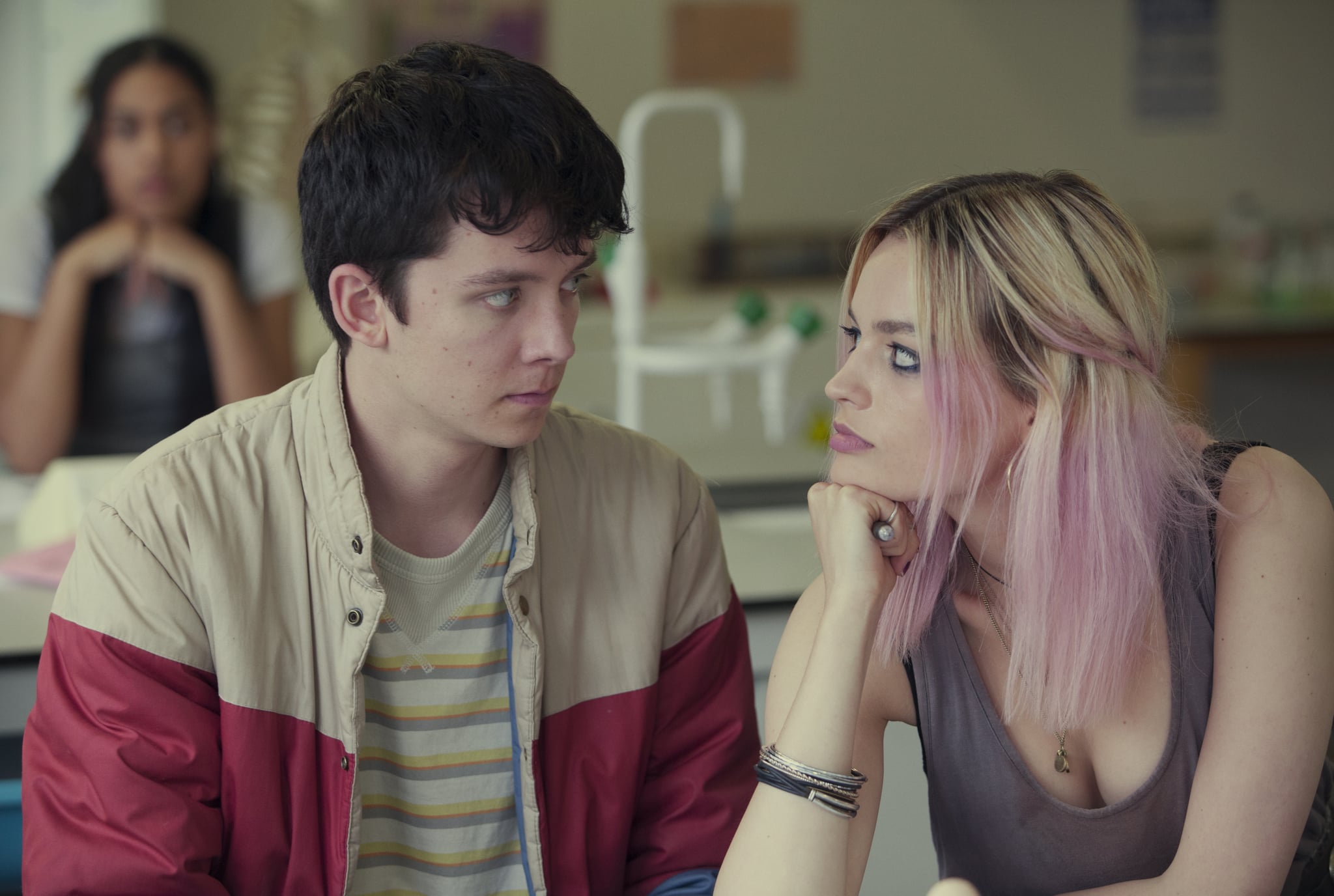 Netflix brilliantly approaches the awkward, painful, and sometimes hilarious sexual misadventures of adolescents in its raunchy comedy Sex Education, and with season two basically here, you may need a status update on how the first season wraps up for our intrepid hero. The show follows Otis, the son of a sex therapist, and his classmates, including his crush Maeve, as he navigates his new profession as a covert high school sex therapist. While every episode tackles some sort of reality teenagers face but may be too embarrassed to share, one of the consistent focuses is the relationship between Otis and Maeve, leading to much "will they or won't they" speculation ahead of the Jan. 17 premiere of season two. If you need a reminder of Otis and Maeve's history, keep reading for a full recap!

How Do Otis and Maeve Meet on Sex Education?

Otis is awkward, a bit shy, only has one childhood friend (Eric), and regularly faces a bully. After unwillingly partnering together for a class project, Adam (the bully) discovers Otis's mom's sex paraphernalia in the house and ruthlessly mocks him publicly at school. When Otis runs out embarrassed, it's Maeve who goes after him. Both Otis and Maeve are able to relate to one another's feelings of isolation and a bitterness toward the high school experience.

In a turn of events, Otis and Maeve must help Adam when he takes an excessive amount of Viagra after his inability to orgasm with his girlfriend Aimee. Maeve suggests the two of them create a business where Maeve can scout clients and Otis can give advice on their sex problems.

In episode two, Maeve realizes she is pregnant with swim star Jackson's baby and keeps the pregnancy a secret from everyone in her life at first, lashing out at Otis when she struggles with her feelings of entrapment and fear. When they can't seem to get anyone really interested in their therapy business, Maeve claims she wants to end her partnership, but after a successful encounter with a couple at a house party, people are now flocking to Otis for advice. The two have such conflicting experiences both at home and in their relationships: Otis has an overbearing mother, while Maeve has no one. Otis can't get aroused; Maeve is pregnant. Despite working so closely together, they aren't communicative with any of their personal issues.

After a wet dream about Maeve, Otis finally breaks his dry spell. His dream of Maeve may mean he can now think of sex as something more than mechanical and his attraction comes from his trust and her personality, which he has been able to see much more of. For Maeve, she is also dealing with letting people in when she is required by the abortion clinic to have someone take her home after her procedure. Otis is the one she calls, not Jackson, who is at a swim meet.

Despite their moment, Maeve continues her relationship with Jackson, a little bit more confident after talking through her family issues with him and a disastrous dinner at his parents' house. Otis is jealous of their relationship, and does micro-sabotages that don't pan out well, like telling Jackson to do a big gesture to win Maeve back after a fight and passively telling Maeve she can do better. But all in all, Otis is pretty complicit with Maeve and Jackson, even sharing details about Maeve so Jackson can better relate to her.

Otis catches the eye of Ola, and although their names are super compatible, their initial connection isn't quite all sparks. But Ola does have feelings for Otis and she's not complicated with her feelings. But at this point, Maeve is beginning to think she has feelings for Otis, lashing out in jealousy when she sees Ola and Otis together. Shortly after, one their clients Liam threatens to jump off a ledge, stopped only when Otis talks about unrequited love, and honestly, you just have to watch his speech for yourself:

Maeve realizes her true feelings, which only become more complex when Jackson, drunkenly jealous, tells Maeve that Otis has been the one telling him things about her.