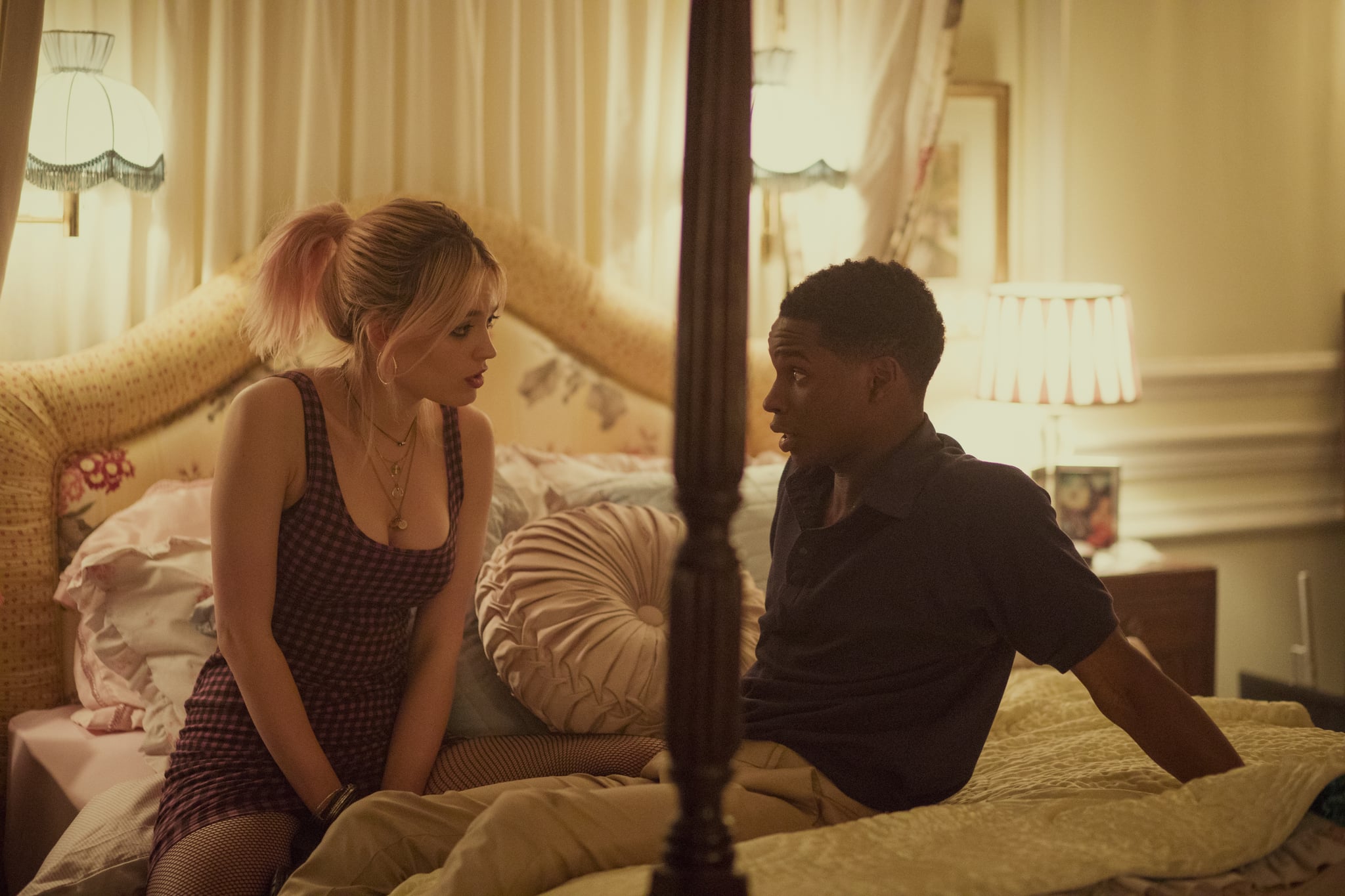 Warning: some spoilers for series 1 of Sex Education can be found ahead.

If you're among the millions who've tuned in to Netflix's Sex Education, you'll know that the teen show has its share of memorable sex scenes, and you'd be forgiven for thinking that the young cast — some of whom are in their first TV roles — would have found filming those graphic scenes difficult or embarrassing. But in the true spirit of the show, for some of the cast, the intimate scenes actually turned out to be their favorites.

"I really loved the sex scenes, because they were just so much fun," Aimee Lou Wood, who plays Aimee Gibbs, told POPSUGAR. The first time we meet her character is in the show's first scene, in which a naked Aimee sits astride Adam (Connor Swindells) and asks, "Do you like my tits?" So it's fortuitous she found these scenes to be easier than expected. "I thought the sex scenes would be the scariest days, but they were actually really fun," she explained.

"When you have someone with you, like either Connor, or Chris (Jenks) who played top-heavy Steve, they were just such fun days. because it's like quality time with one other person, and you just get to know people so quickly . . . the conversations get really deep because you're just put into this environment where you're exposing yourself so much that the only way you can deal with it is just letting it all go. You make really good friends, and you get to know people really well."

"That's what the sex does in the show, isn't it? It kind of opens up the can of worms for other topics."

Kedar Williams-Stirling, who plays school jock Jackson, agreed, pointing out the parallels in the show. "I think that's what the sex does in the show, isn't it? It kind of opens up the can of worms for other topics, which is great." He also confessed to enjoying filming his own sex scenes with Emma Mackey, who plays Maeve. Wood also enjoyed her time working with Mackey, saying, "I think that those are the scenes where I really got to know my character best in . . . they both kind of show who they really are when it's just those two together."

Mackey, meanwhile, cited one of the show's most memorable guest stars for making her favorite scene so brilliant. "Lu Corfield, who plays Sarah at the abortion clinic, she completely transformed my entire world. She's a sensational actor and woman, and I was with her for two days and in the space of that two days I just felt that we had this bond, and she's such a special woman. That was incredible." She said.

Another of the show's supporting cast who made an impression was Alistair Petrie, who plays Mr. Groff, Adam's dad and the school headmaster. "He's such a great actor. Working with him, you forget that you're working because he's so hilarious, and so talented at everything. He really makes you feel comfortable when you're working with him. Any scene that I ever had to do with him was always a blast," said Connor Swindells.

Asa Butterfield, who plays the show's protagonist, Otis, also had nothing but positive things to say about Gillian Anderson, who plays his mom Joan, telling us, "I love working with Gillian, I think we had some really nice scenes which are both funny but also incredibly touching."

The show has been praised for its ability to combine funny moments with deeper issues, and this was definitely evident in the character of Eric, played by Ncuti Gatwa, who had us giggling as he played the French horn (yes, he had lessons) and weeping as he navigated a difficult relationship with his dad. Gatwa's favorite scene to film is definitely one that sums up Eric's ongoing journey. He chose the scene in which Eric returns to church with his family, after feeling disconnected from his faith and community. "It was just nice to have the whole set, everybody kitted out in their geles and their traditional cloth, and just the storyline of that: Eric being embraced back into his community after he's been 'excommunicated' for a while. That day was so full of joy and light," he told POPSUGAR.