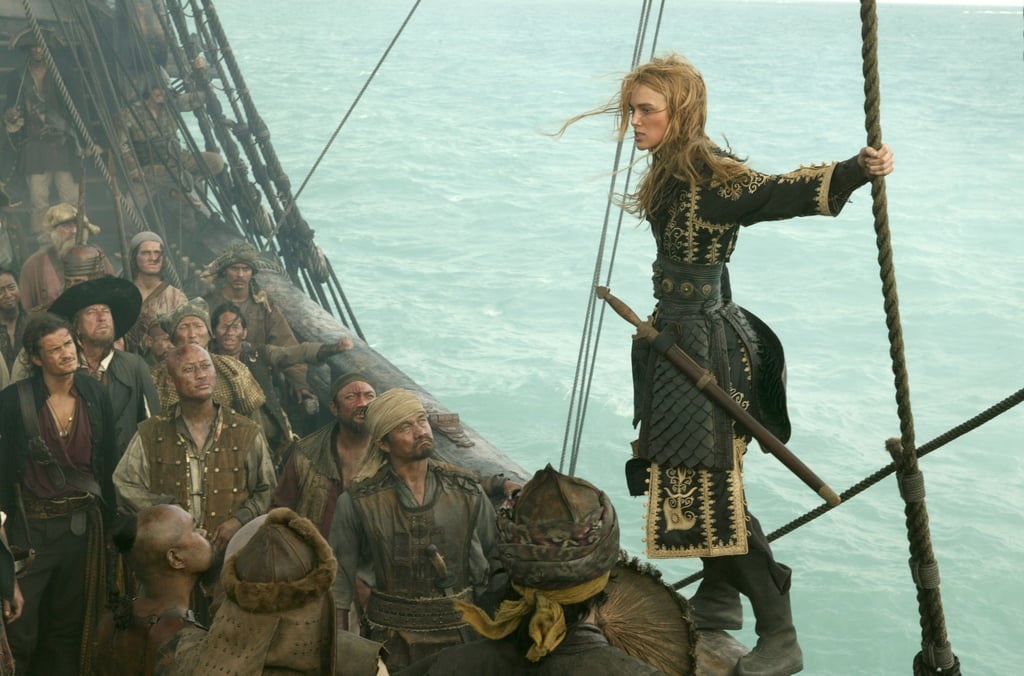 The announcement of a new Pirates of the Caribbean movie could have been another instance of franchise fatigue, but the news that it's a female-led reboot starring Margot Robbie and written by Birds of Prey screenwriter Christina Hodson has me intrigued and already thinking about theories. According to The Hollywood Reporter, the new movie is not directly spun off from the long-running original series, which means there's even more room to create something interesting and recapture the fun that made it popular in the first place.

Watching the original Pirates trilogy was such a formative part of my tween years, and it's that nostalgia that keeps me invested, even as the more recent movies have been massive disappointments. Where the later movies cranked up the cookie-cutter fantasy and turned into Captain Jack's Wild Ride more than anything, the original trilogy was full of dashing adventure and surprisingly three-dimensional, morally murky characters that were all too rare in the fantasy worlds I'd consumed up until then.

Front and center, of course, was Elizabeth Swann, the kind of heroine I rarely saw growing up and still see too rarely even now, more than 15 years later. She was a woman whose curiosity was rewarded, who wasn't relegated to the role of caretaker, and who rescued others as often as she needed rescuing. I always loved that she got to be deeply romantic without it defining her character or undermining the fact that she was also a total badass and one of the shrewdest people in the entire story; she got to be both (without being either a villain or oversexualized, no less), and there was no question about it. And she wasn't the only one! Surprisingly, for a story about a bunch of amoral, mostly male pirates, the trilogy largely did OK by its female characters, giving us minor characters like Anamaria, Ching Shih, and Tia Dalma, who all, for the most part, avoided "action hero girl" stereotypes.

If that's what an all-male creative team managed back in the early 2000s, I can't wait to see what a women-led team can do now! These are just a few of the storylines that could theoretically happen in the reboot. What would you want to see in a Pirates reboot centering women?

Previous Next Start Slideshow
Margot RobbieMoviesPirates Of The Caribbean