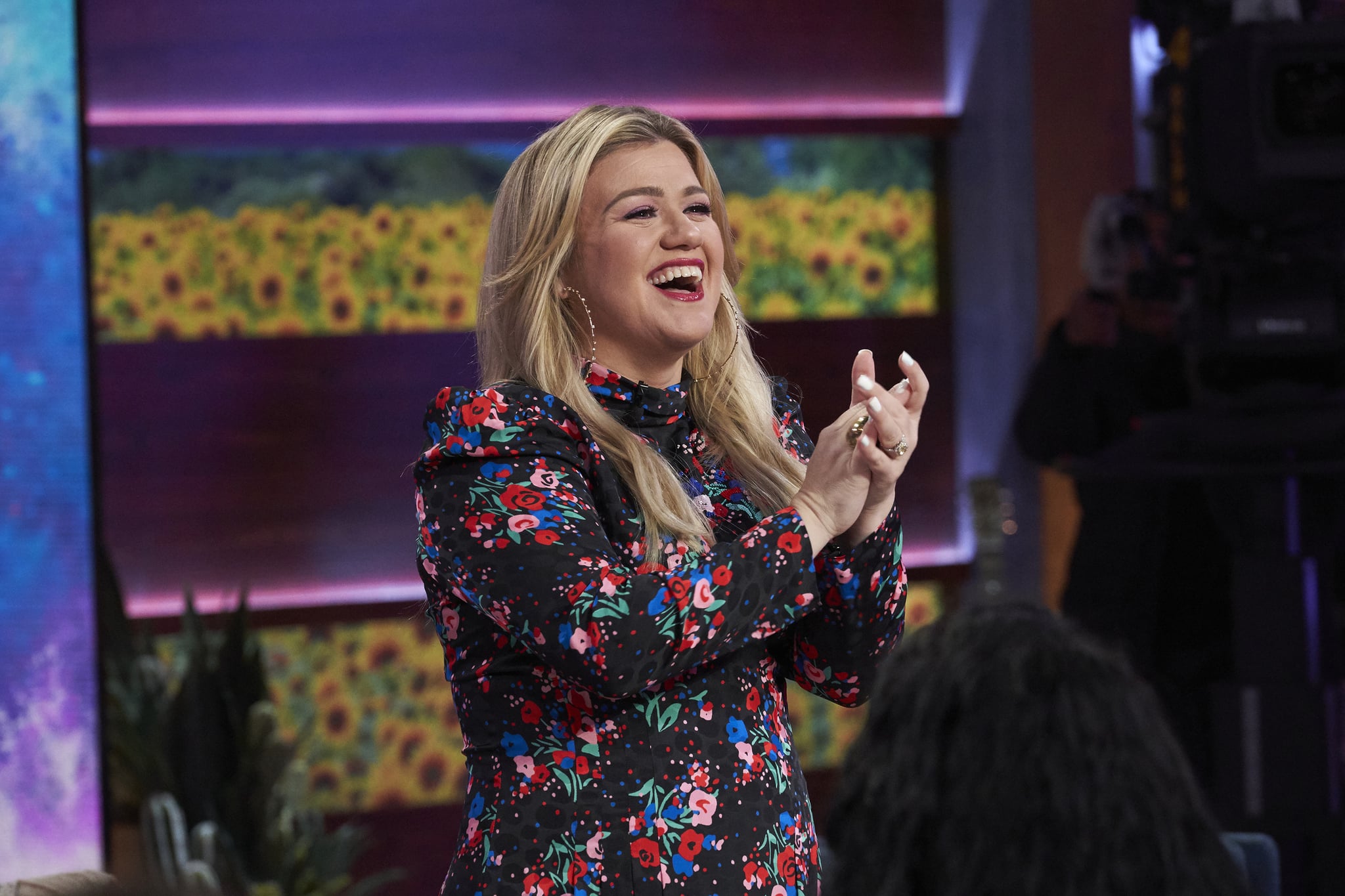 I've been a Kelly Clarkson fan since her first audition on American Idol and I've seen her live on tour at least 20 times since. After traveling to New York to see her perform on The Today Show's Summer Concert Series and sitting so close I could intricately describe the sparkle of her nail polish, what more could I dream? Well, then she announced her talk show. Naturally, I put my name in the hat for the free tickets. I didn't think I would actually get them, but about a week later, I received an email asking me to confirm! I hopped on a red-eye flight and spent less than 12 hours in LA before flying back to the East Coast on another red-eye. It may have been a quick trip, but seeing The Kelly Clarkson Show live was a dream come true. Here's what happened.

1. You Feel at Home With Fans Who Love Kelly

My mom (also a big Kelly Clarkson fan) and I arrived at the Universal Studios lot and knew immediately where we needed to go. The information that came with the ticket requested audience members wear bright colors, so when we saw others dressed like us lined up against a fence outside the studios, we headed toward the colorful crowd. In the holding area, we met other fans and chatted about how much we loved the host. I could feel the buzz of excitement as we all bonded over sharing our favorite memories of her tours, episodes of The Voice, and of course what we loved so far about The Kelly Clarkson Show.

The ticket attendants who exuberantly shuffled us into the holding area also took part in our Kelly Clarkson fandom. It didn't matter that they were at the live taping of her shows twice a day multiple times a week, they were stoked! They walked back and forth amping up the crowd. One attendant was almost skipping along with glee as he sang along to a Kelly Clarkson song playing over the loud speaker. He seemed to love his job and made everyone feel excited to get into the studio. 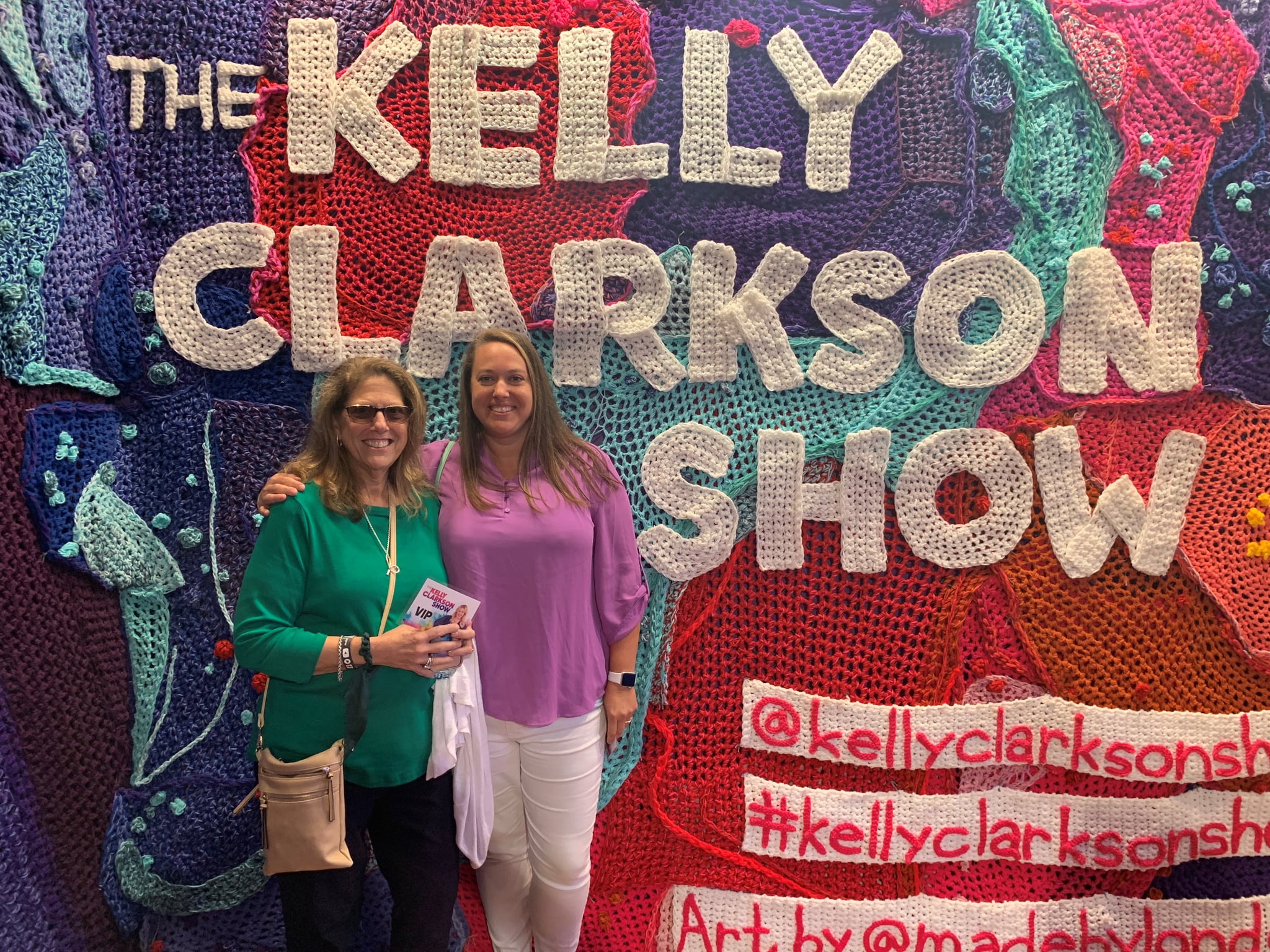 3. Seeing What's Behind the Scenes Is Just Really Cool

We were led by the ticket attendants through the lot, crossing the streets featured in all the famous aerial shots and behind-the-scenes tours of Universal Studios that I've seen on TV, and into another line right outside the studio doors. Here, we were led into the building. We got to take pictures at the yarn-bombed wall in her studio entrance (above) and even heard Kelly warming up and practicing a Kellyoke song.

The anticipation was building as we walked in the semi-darkness right behind the set. The floor and walls were black and anything not already black was covered with black drapes. We walked over a lot of thick, black wires and cords snaking across the floor to a staircase which opened up to the set. The contrast from the darkness behind us to the bright pops of color in front of us gave me butterflies. The audience members lined up and were pointed to their seats. To my disbelief, we were pointed to the front row of one of the seating areas. We knew from watching the show every day that we were directly in the path of the upcoming Kellyoke cover.

4. You Get Amped Up Before Kelly Even Comes Out

Once everyone was seated, the stage manager (aka the "audience hype guy") came out to tell us what to expect; it was his job to keep up the energy and direct us when to clap, stand up, or hoot and holler. He meandered his way up, down, and around the whole set while he told us where to watch and how to not look like fools if the cameras pointed in our direction. He informed us that everyone in the audience would be on national television at some point so we needed to make sure we were always smiling and looking our best . . . while also reminding us not to get too crazy or we'd be hauled right off set. He directed us to watch the house band as they warmed up and brought one of Kelly's backup singers out to sing a classic Kelly song which got the audience up on their feet singing, clapping, and dancing along.

5. You Get to See Just How Real Kelly Clarkson Is

The lights went down in the studio and the doors opened to flashing lights behind Kelly as she walked out singing. What you don't see at home is that every monitor on set has the lyrics scrolling, so audience members can sing along. She stopped a few feet away from us to sing along with a member of the crowd who requested the song, then walked by us again back to the front of the studio. When the song ended, she greeted the audience and they stopped recording to reset, take her earbuds out, and prep her for the first segment.

It was amazing to watch this huge star remain calm, focused, and unfazed through all the hustle and bustle of a live taping. Her hair and makeup team touched up her face and smoothed her hair, her stylist fluffed her outfit, producers prepped her conversation topics for the first guest, and stage hands changed her mics. She made jokes, laughed with the audience, and even laughed at herself. She did everything viewers at home see, even while the cameras weren't rolling.