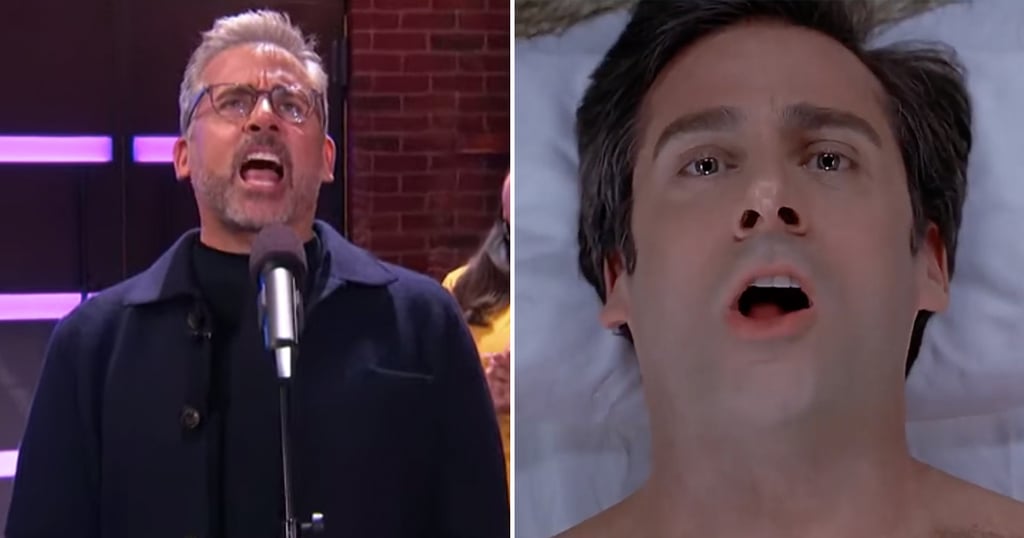 Steve Carell re-created one of his most iconic movie lines for an amazing, full-circle moment on The Kelly Clarkson Show — we truly love to see it.

The 57-year-old actor kicked off the musician's new talk show by introducing her with the scream from The 40-Year-Old Virgin that changed waxers' lives forever. In the 2005 comedy, Carell's character undergoes an excruciatingly real chest wax on camera and painfully screams out the singer's name (among several other totally relatable expletives).

Clarkson herself revealed years ago that she had no idea she was "in" the film until she saw it for herself, and the two had never gotten the chance to meet until they ran into one another at the Golden Globes 13 years later. A mere year after that, Carell is lending a hand, and his vocals, to help the 37-year-old start her talk-show debut! 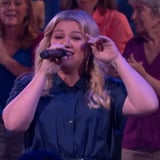 Kelly Clarkson's New Talk Show Has a "Kellyoke" Segment, and Oh My God, She's the Cutest

"A very special thank you to my guest announcer Steve Carell," Clarkson said after Carell's introduction. "When I signed on to this show, I was like, 'Is it possible to get him to shout my name on the very first episode?,' and it happened! Like, what is my life? Yeah, he's really nice."

We cannot wait to see what other goodies the new host will spring on her show. Check out the cute moment ahead, and for a good laugh, watch Carell deliver his classic 40-Year-Old Virgin line.