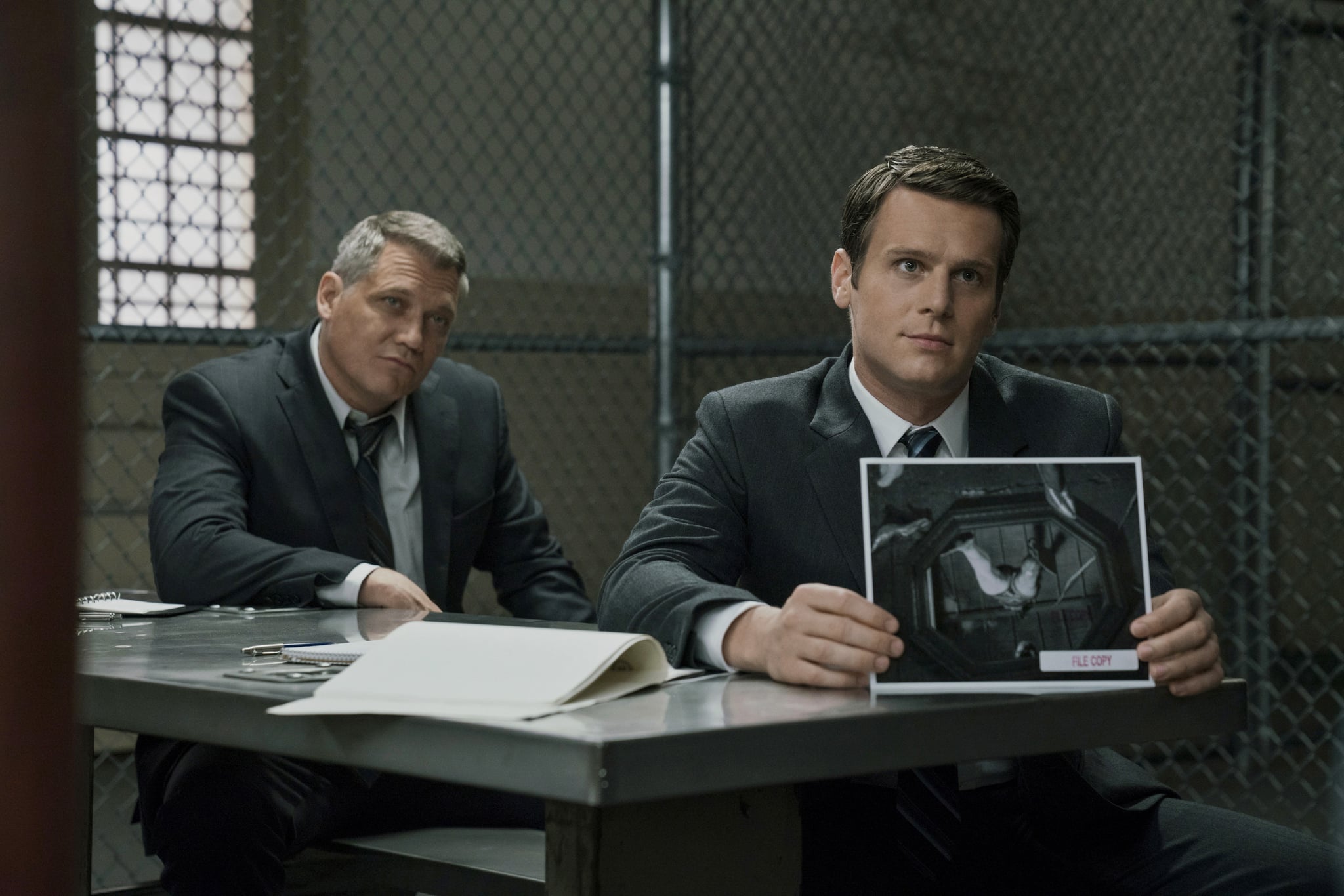 After the first season of Mindhunter dropped on Netflix in October 2017, we had to wait nearly two years until we got a second season in August 2019. Unfortunately, it seems like this '70s-set serial killer drama is going to leave us hanging once again before debuting a third season. Actor Jonathan Groff, who stars as brooding FBI agent Holden Ford, revealed in a November 2019 interview with The Hollywood Reporter that the third season is "on hold" as Mindhunter producer David Fincher concentrates on a biopic about Citizen Kane screenwriter Herman Mankiewicz. The movie, which will be called Mank, is Fincher's latest project for Netflix and his first movie since 2014's Gone Girl.

On Jan. 15, Deadline reported that Netflix has released the Mindhunter cast from their contracts as the series is put on "indefinite hold." "[Fincher] is focused on directing his first Netflix film Mank and on producing the second season of Love, Death and Robots," a Netflix spokesperson told Deadline. "He may revisit Mindhunter again in the future, but in the meantime felt it wasn't fair to the actors to hold them from seeking other work while he was exploring new work of his own."

To be fair, Mindhunter hasn't even technically been renewed for a third season yet, though the series was originally made with a five-season plan in mind. Plans change, of course — Groff's costar Holt McCallany, who plays Bill Tench, confessed to PopCulture.com right before the season two premiere that several of the original intentions for the series had already been modified or even discarded all together. That doesn't necessarily mean that Mindhunter won't end up having three more seasons, but it does mean that nothing is guaranteed.

Related:
7 Shows to Watch If You're Having Serious Mindhunter Withdrawals

Producing the series (which is inspired by the true-crime book Mindhunter: Inside the FBI's Elite Serial Crime Unit by John E. Douglas and Mark Olshaker) is no small feat. Though the first season only had 10 episodes and the second season had nine, each season required spending nine months in Pittsburgh for filming. The series was renewed for a second season right after the premiere of the first, but it still took two years to air. Seeing as the show hasn't even been renewed yet, we might be waiting at least two years to see a third installment.

We imagine that both the actors and the producers probably need a break from Mindhunter's dark material as well. The many serial killers covered in the series have included necrophile Edmund Kemper, who murdered 10 people (including his mother and grandparent), and the horrific Atlanta Child Murders, which involved the kidnapping and murdering of at least 29 black children between 1979 and 1981, so it's not exactly TV that's made for Netflix and chilling. While we wait for more news on a possible third season, we'll just have to theorize about what sort of twisted case they'll take on next.