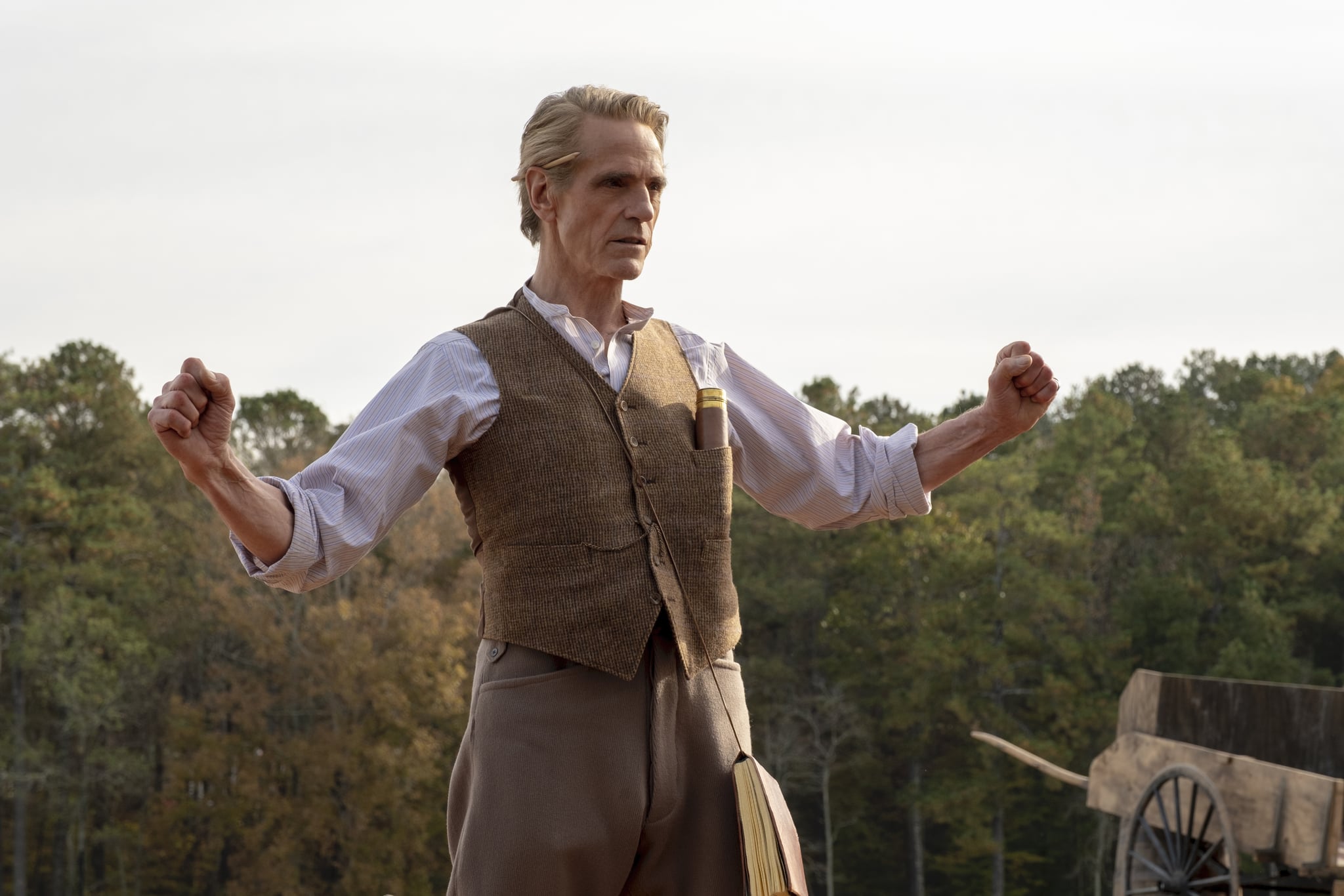 HBO's new series Watchmen leaves us with a million questions each week, but luckily, in episode three, "She Was Killed by Space Junk," one major thing is confirmed: Jeremy Irons's character is indeed Adrian Veidt, aka the supervillain Ozymandias. Initially, it seems as if Veidt is living his best life in a sprawling mansion with horses and clones to serve him. But the latest episode reveals the maniacal genius is actually living in a prison world that he's desperately trying to escape. So where is Adrian Veidt being held, and how did he get there?

Warning: spoilers from episodes three and four ahead!

In the first few episodes of the series, Veidt seems content with his clone-like servants, Mr. Phillips and Ms. Crookshanks. They seem thrilled to serve him, baking him daily anniversary cakes, participating in his weird Dr. Manhattan-obsessed plays, and taking part in his deadly experiments. But in episode four, "If You Don't Like My Story, Write Your Own," it becomes clear that Veidt isn't living on this lavish countryside estate by choice. He seems to be in a strange dimension or world, where he's using a lake full of fetuses to create humans that he can catapult into the sky to test ways to escape.

But why is he looking to the sky to escape this prison? It's just a theory, but many fans believe Veidt is on another planet. Partly because, in the premiere episode when Chief Crawford goes to visit the wife of an officer who was shot, her TV is broadcasting a scene of Dr. Manhattan standing on Mars in front of a castle-like structure that looks eerily similar to Veidt's home. 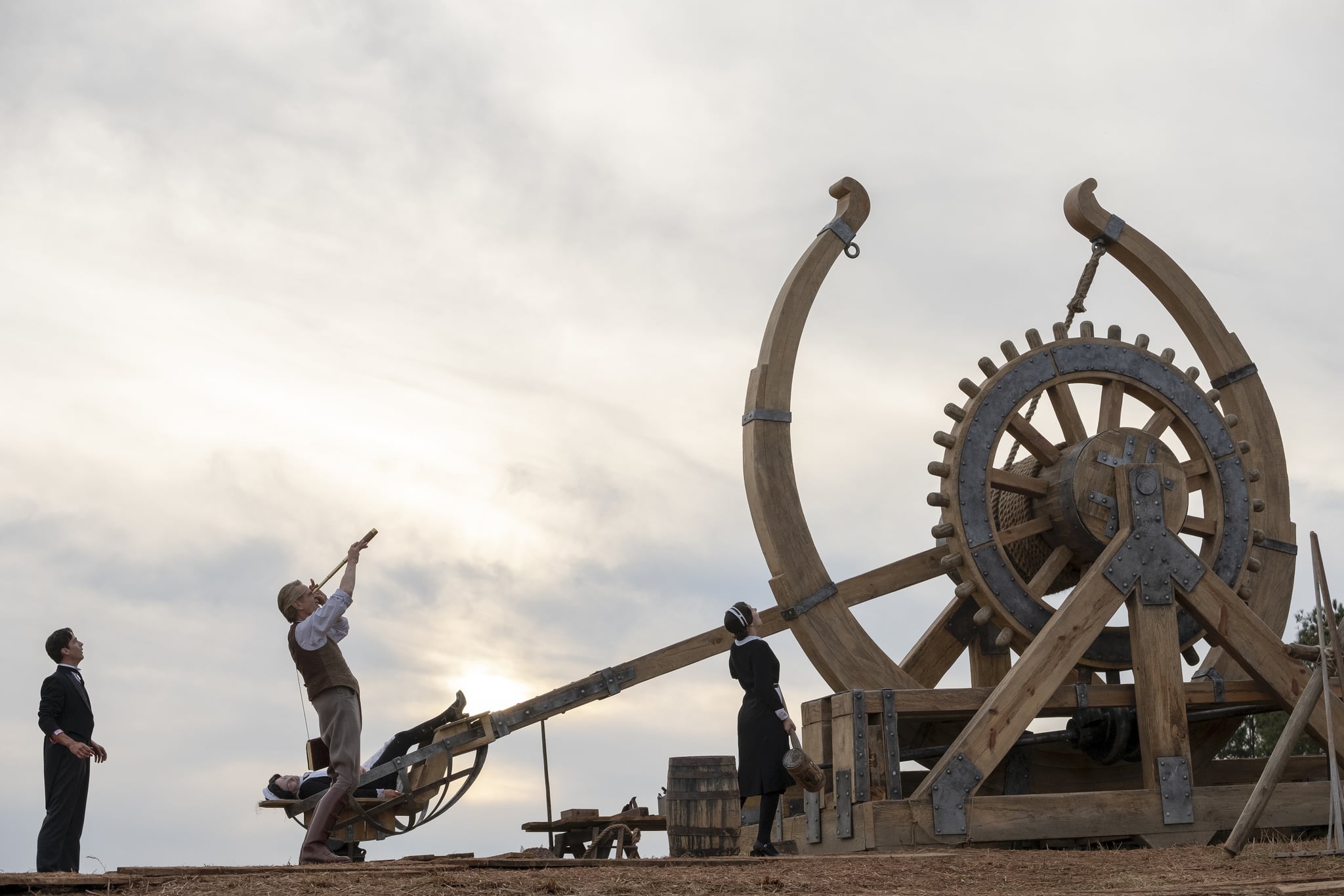 Some fans think this implies Veidt is being held prisoner by Dr. Manhattan on Mars and that the meteor-like thing Lady Trieu (Veidt's protégé) sees is Veidt landing back on Earth. "Veidt launches his clones into the air way too easily, which reminds me of the lower gravity of: moon, Mars, etc," Reddit user dsblock19 wrote. "In this case there is the relation between Veidt leaving the atmosphere of his prison and Trieu seeing her 'thing' return to through the atmosphere."

This is just a theory, and as expected, we won't be getting any answers out of the series's creators. In an interview with Collider, showrunner Damon Lindelof revealed how he approached Veidt's character but kept tight-lipped about his location.

"Adrian Veidt is a character that I'm obsessed with and I was very compelled to wonder what happens to the Smartest Man in the World after he saves it. What situation do you put him in that it would be really interesting to watch him get himself out of, so the obvious idea that occurred to us was that he was under house arrest of some kind. We don't know exactly how he came to be in this house or who his jailer is entirely at this point, but the idea is doing an escape story with Adrian Veidt that's more like Wile E. Coyote and the Road Runner than it was like Escape from Alcatraz, that felt too delicious to not do," he said.

While unconfirmed, the Mars theory is a plausible one, because in the sneak peek for episode five, we see Veidt putting on a spacesuit, which could mean he has plans on getting catapulted out.

Of course, this is all speculation. We'll just have to wait to see what plans Watchmen has for this increasingly captivating, mysterious, and bizarre character.

by Kelsie Gibson 10 minutes ago