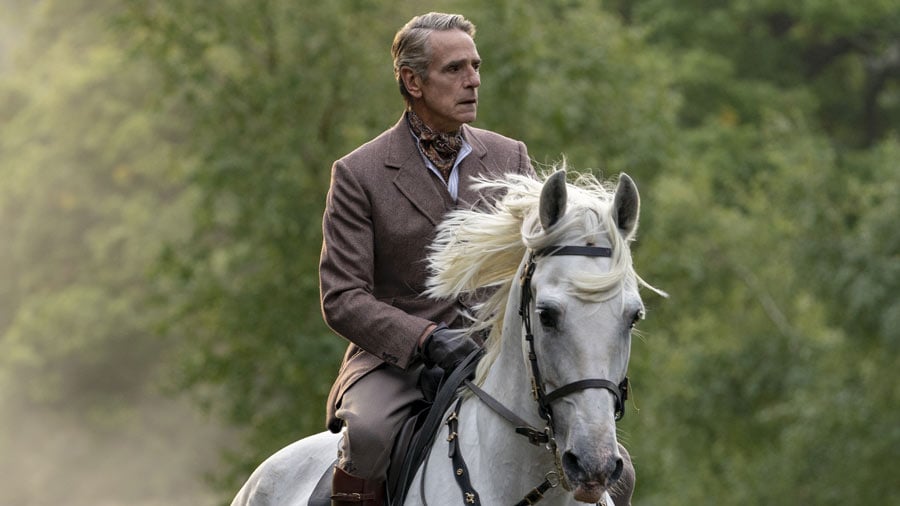 On the premiere episode of HBO's new action drama Watchmen, Jeremy Irons is featured in a key montage that takes us quite far away from the main action. His role is not explicitly identified, but it is generally thought that he is playing Adrian Veidt/Ozymandias. But just who is this former Watchmen member? Read on to find out, but be warned of some light spoilers from the premiere episode and the graphic novel.

In Alan Moore's written series, Adrian Veidt is born into wealth in 1939 and, as he grows, is found to be highly intelligent. His parents die when he's 17, and he inherits a huge fortune, but he chooses to donate it to charity and goes on a quest to emulate his idol: Alexander the Great.

This vision quest is what leads Veidt to don a costume and begin fighting crime under the moniker Ozymandias, which in history was the Greek name for the Egyptian pharaoh Ramesses II. Poets Percy Bysshe Shelley and Horace Smith each wrote famous sonnets titled "Ozymandias" in 1818 — they were contemporaries, and it was a bit of a friendly competition between them. Both poems are about great leaders declining and fading into oblivion.

Related:
Watchmen: The Tulsa Race Massacre Is a Horrific Piece of Real-Life History

As Ozymandias, one of Veidt's cases is investigating the disappearance of Hooded Justice, a founding member of the Minutemen. Along the way, he encounters the Comedian; the two have an immediate dislike for one another. The crimefighter Veidt is most interested in is Doctor Manhattan, and the feeling is mutual. That's why it's so interesting that on the TV show, Veidt is writing a play called The Watchmaker's Son — Doctor Manhattan is a watchmaker's son. (Incidentally, what happened to Hooded Justice remains a mystery to this day.) 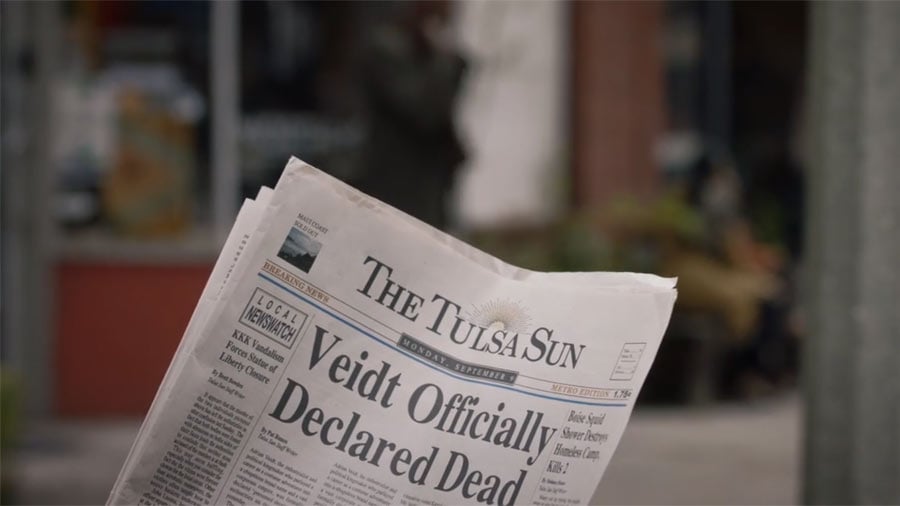 As the years go on, Veidt's obsession with Doctor Manhattan turns to dislike. He starts to see the superhero as having a destabilizing effect on world politics and begins to secretly work against him. One of Veidt's main tactics is to poison Manhattan's colleagues, giving them cancer. Manhattan thinks he is the cause of their illness and flees Earth out of guilt, though he eventually comes back to try to stop Veidt's evil plan to "save" humanity.

Veidt's plan involves a catastrophic event that he thinks will unite humanity against a common enemy: he wants to convince everyone that they are being attacked by aliens. The Comedian discovers Veidt's plan and tries to stop him, so Veidt kills the Comedian, and that's where the film begins.

Related:
Watchmen: Here's What We Know About Louis Gossett Jr.'s Mysterious Will Reeves

In the film, Veidt has a different plan: he wants to detonate nuclear reactors in the US and the USSR and blame it on Doctor Manhattan. The Watchmen try to thwart his plans, but they are unsuccessful. Millions of people are killed, and the world leaders blame Doctor Manhattan. All the Watchmen except Rorschach agree to keep quiet about Veidt's plans because they don't want to disrupt the world peace it has brought. Doctor Manhattan has to kill Rorschach in order to keep him quiet.

In the end, Veidt asks Doctor Manhattan if he did the right thing and if this plan will work out in the end. Doctor Manhattan cryptically tells him that nothing ever ends and Manhattan flees Earth to live in space.

The TV series picks up three decades later. Veidt has been "declared dead," according to a paper we see Will reading, so apparently he is off living a secret life in what appears to be an English country estate. It'll be interesting to find out how he figures into the action happening in Tulsa with Sister Night and the Seventh Cavalry — and if we see Doctor Manhattan back on Earth, perhaps wanting to clear his name?

by Mary Everett 50 minutes ago