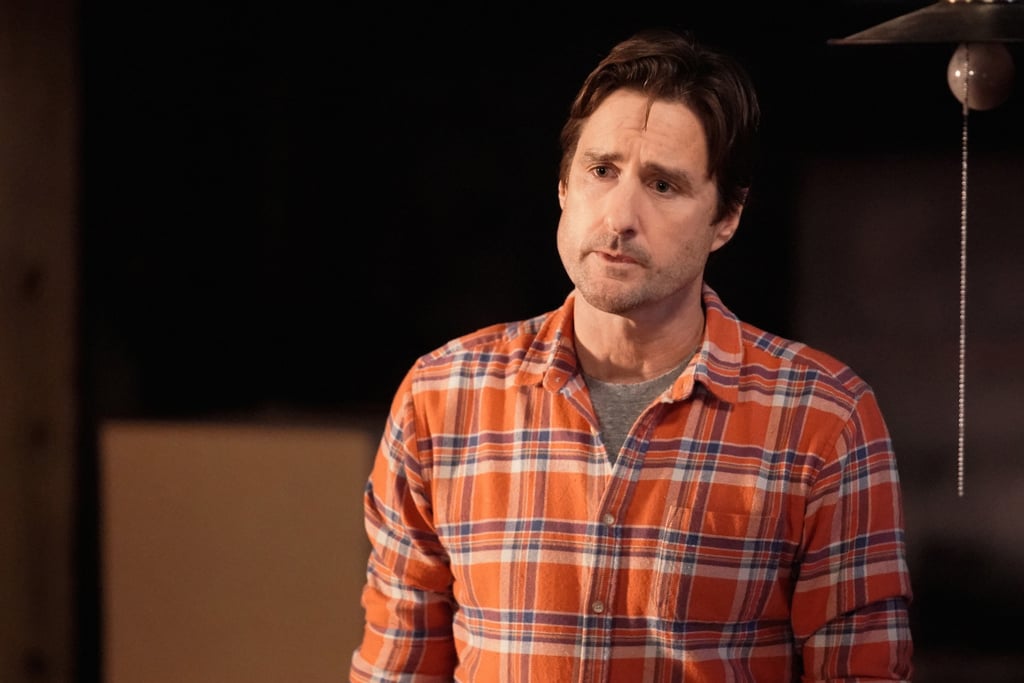 Luke Wilson Has Gone From Goofy Boyfriend to Hot Dad in Stargirl, and We're Not Mad at It

Stargirl is the latest CW superhero series, and it's full of familiar faces. Brec Bassinger and Amy Smart star as Courtney and Barbara Whitmore, respectively, but the most recognized face is Luke Wilson's. For most of Wilson's career he's been known as the goofy boyfriend or the affable love interest, yet in Stargirl, he's finally made the jump to hot dad as Stargirl's step-dad, Pat Dugan.

In the first episode of the series, we get a glimpse into what Pat's life was like before marrying into Courtney's family. For those not familiar with the DC comic, Pat initially started out as the sidekick "Stripesy" to the teenage-superhero Star-Spangled Kid. Eventually, Sylvester Pemberton (Joel McHale), aka the Star-Spangled Kid, received the cosmic staff and became a member of the Justice Society of America named Starman. The Justice Society of America (precursor to the Justice League) is ultimately destroyed by the Injustice Society of America, led by supervillain Icicle, and Starman leaves his cosmic staff to Pat in order for him to find a person worthy to take on the mantle.

This then leads to Pat's life as a step-father to Courtney, who is less than thrilled at the move to Blue Valley, Nebraska from Los Angeles. However, it's here that she discovers he's been harboring the secret of Starman and Stripesy, as well as the cosmic staff. The cosmic staff then chooses her to become the new Starman, which she changes to Stargirl. As the series progresses, the pair grow closer, with Courtney choosing Pat to be her sidekick (with an upgrade from the name Stripesy to S.T.R.I.P.E. since he's an adult). At the end of the day, Pat just wants to keep those he loves safe and help take down the team that destroyed his friends.

Wilson has been in the business since the mid '90s, with his debut in Wes Anderson's Bottle Rocket. Not only is he also Owen Wilson's younger brother, but he's a member of Hollywood's frat pack, which was made famous by members Will Ferrell and Vince Vaughn with their comedies in the early 2000s. Wilson's long career has found him both in comedic and dramatic roles, making him the perfect choice for Pat who is comedically charming and somewhat concerned. As a refresher, you can check out some of Wilson's best roles, including Legally Blonde and The Royal Tenenbaums, in the gallery below.