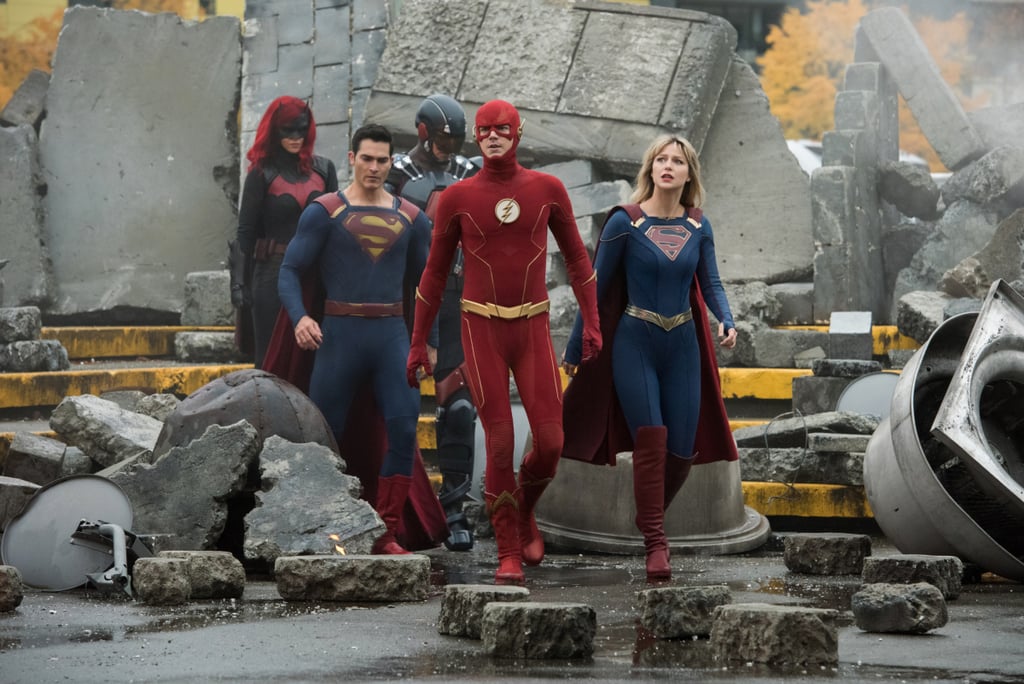 The CW's epic crossover with Arrow, The Flash, Supergirl, Legends of Tomorrow, Black Lightning, and Batwoman is fast approaching, and things are about to hit the fan. The network has released the first batch of photos from the mashup, titled "Crisis on Infinite Earths," and boy, do our favorite Arrowverse heroes look pressed. Then again, if a supervillain named the Anti-Monitor (LaMonica Garrett) was trying to destroy the multiverse, wouldn't you look a little worried, too?

The impending cataclysm is especially fraught for Barry Allen (Grant Gustin), who believes the event will lead to his predicted death (though fans aren't totally convinced this will be the end of Team Flash). Meanwhile, Oliver Queen's (Stephen Amell) life is in even more danger. Considering this is Arrow's final chapter and last season confirmed the archer would face a deadly fate, he might not make it out of the crisis alive.

The crossover will take place from Dec. 8 to Dec. 10, then resume on Jan. 14 after the Winter hiatus. Ahead, check out the first round of teaser snaps to prepare for the upcoming catastrophe!

Related:
Get Excited For the Next Arrowverse Crossover With These Supercute Pictures
Previous Next Start Slideshow
The FlashArrowSupergirlThe CWTVBatwomanLegends Of Tomorrow