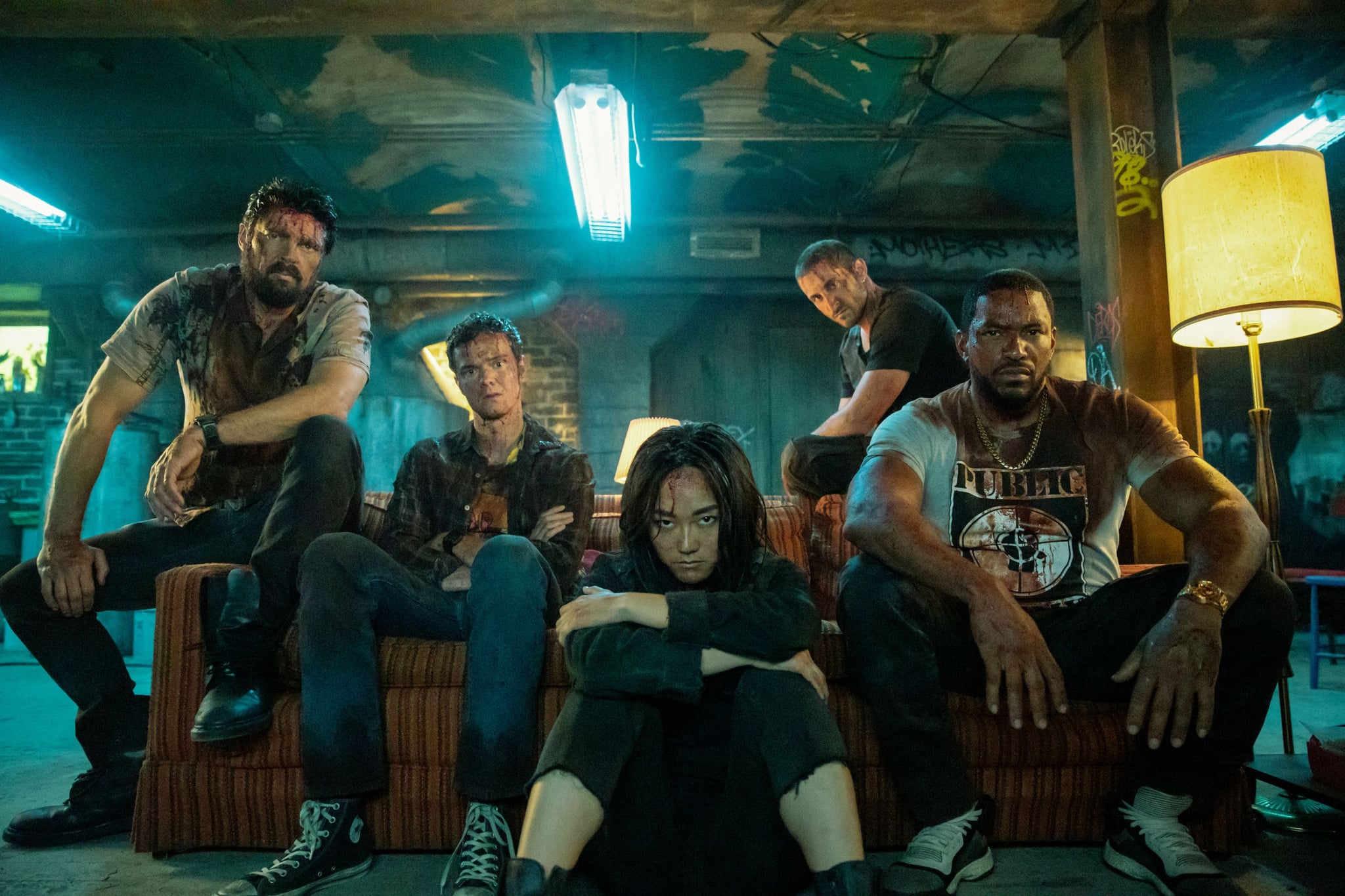 There's so much going on in the first three episodes of the second season of The Boys that you may have missed two references to a mysterious Supe we've never heard of before, Liberty. Though neither reference tells us anything about the Supe or why she might be important in the future, we know enough about the gritty comic-book adaptation to assume nothing is a coincidence. There's also no mention of a Liberty in the original comics, so there's nothing to go off of other than what we learn from the series!

The first time Liberty is referenced is a blink-and-you'll-miss-it moment at the very beginning of the second episode. When Hughie walks through the pawnshop, the camera passes over a few posters: one for the film Terminal Beauty 3, which stars the late Popclaw and Billy Zane. The other poster is a promotion for a feminine product made by Vought named Autumn Breeze. The figure in the poster is a Supe known as Liberty, though that's all that can be gleaned from the photo.

The next time we hear the name Liberty, it's during the phone call between Butcher and Mallory. The former group leader tells Butcher that a team will arrive shortly to pick up "the Supe terrorist," whom the Boys have captured to help gain some political leverage. (We learn that he's Kenji, the younger brother of Kimiko, but that's for another discussion.) Before they end the call, Mallory tells Butcher that she believes another Supe named Liberty may have something to do with all this and is seen looking at an old Budweiser print ad bearing another woman's image.

From what we can gather, Liberty is a Supe who was popular a long time ago, since the Budweiser ad is an old one. It's safe to assume that Supes can live longer lives than humans and look better considering how many of them possess regenerative abilities. If Mallory suspects she's behind some of the chaos reigning in season two, it's safe to say she'll play a huge role in the coming episodes.