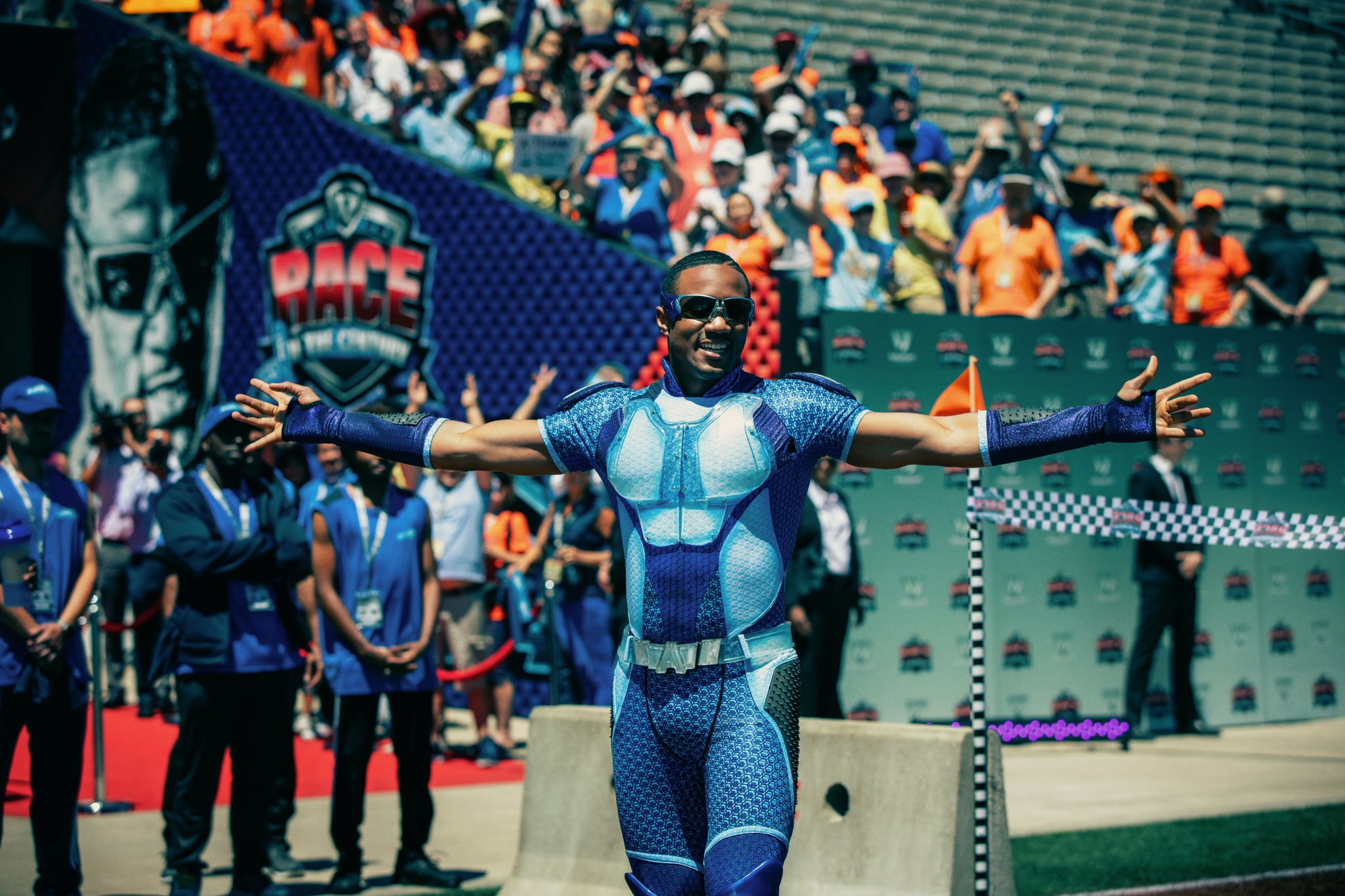 Season two of Amazon Prime Video's The Boys is almost here, and since it's been over a year since season one dropped, you may need a bit of a refresher. For instance, remember Popclaw, A-Train's secret girlfriend? Popclaw (who's played by Canadian actress Brittany Allen) was once a silver screen starlet, having starred in the sexy movie franchise Terminal Beauty, but because of his playboy rep, A-Train can't go public with their romance. Popclaw's own reputation was damaged by her drug addiction, and drugs eventually lead to her tragic demise in episode five. Of course, her accidental overdose isn't quite an accident — it's more complicated than that.

Related:
Amazon Isn't Releasing The Boys Season 2 All at Once — Here's When to Catch New Episodes

After A-Train's fellow Seven member Translucent tips The Boys off about Popclaw, Hughie and Mother's Milk hack the cameras in her apartment by disguising themselves as cable technicians sent by her landlord. That's how The Boys learn about Compound V, the drug that A-Train is on when he kills Hughie's girlfriend. Upset following a fight with A-Train before his race with Shockwave, Popclaw injects herself with Compound V, never expecting that her landlord will soon come by looking for rent. And because she can't pay her rent, Popclaw invites her landlord in with the intention of seducing him.

Unsurprisingly, she's successful. While high on Compound V, Popclaw engages in role play with her landlord, but the role playing tragically ends with — as Billy Butcher so delicately puts it — fatal cunnilingus. Translation: Popclaw squishes her landlord's head. Having witnessed this all, Butcher and Frenchie seize the opportunity to blackmail Popclaw and demand to know more about how A-Train obtains Compound V. She tells The Boys about the noodle shop that A-Train always visits before returning home with the drug in exchange for The Boys cleaning up her mess. And of course, when The Boys later raid the noodle shop, A-Train knows that Popclaw is responsible for revealing the secret spot.

After failing to get her to admit the truth, A-Train sends Popclaw down to Cuba, telling her that they're in trouble and she needs to go into hiding. Later, he joins her down there, and — under the guise of finally going public with their relationship — gets her to admit who she told about Compound V. Acting under Homelander's orders, A-Train then injects Popclaw with a fatal dose of heroin, which almost immediately kills her.

Moral of the story: always pay your rent on time. Or perhaps, just don't get involved with a member of the Seven.

Netflix
Meet the Cast of Your New Favorite Zombie Show, Netflix's "All of Us Are Dead"
by Michele Mendez 8 hours ago