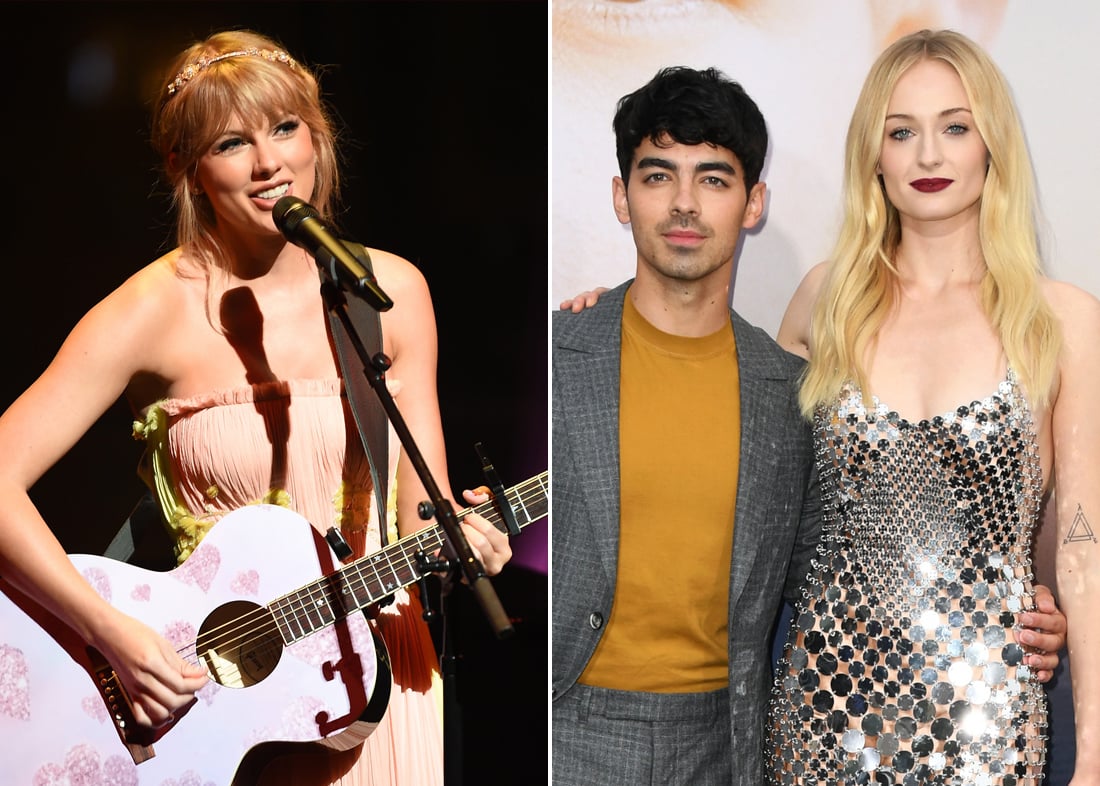 If you thought Taylor Swift's music videos were filled with Easter eggs, just wait until you hear the lyrics in Folklore. The 16-song album is filled with haunting melodies and vocals, but it's the introspective lyrics that really have fans' attention. One song in particular is track number 11 titled "Invisible String." As Swift sings about the crazy journey she took to eventually find her way to her soulmate, she seemingly references two very important Joes from her life.

In the first verse, she sings, "Teal was the color of your shirt/When you were sixteen at the yogurt shop/You used to work at to make a little money." As eagle-eyed Swifties pointed out, one of Joe Alwyn's first jobs was at a frozen yogurt shop called Snog in London. In the second verse, Swift seemingly make references to a thee-year anniversary date they had in UK's Lake district, which is known also known as the Lakes.

Related:
Our Deep Thoughts on Taylor Swift's Folklore Album: "It's a Lyrical Masterpiece"

Of course, the third verse might be the sweetest reference of all. As Swift sings, "Cold was the steel of my axe to grind for the boys who broke my heart/Now I send their babies presents," many fans believe that Swift is referencing her ex Joe Jonas, who is currently expecting his first child with wife Sophie Turner. Swift and Jonas dated for a few short months in 2008, and their relationship inspired a handful of breakup songs at the time. However, based on Swift's lyrics, it's clear the two are on good terms now. Listen to the full track ahead to catch all the references.