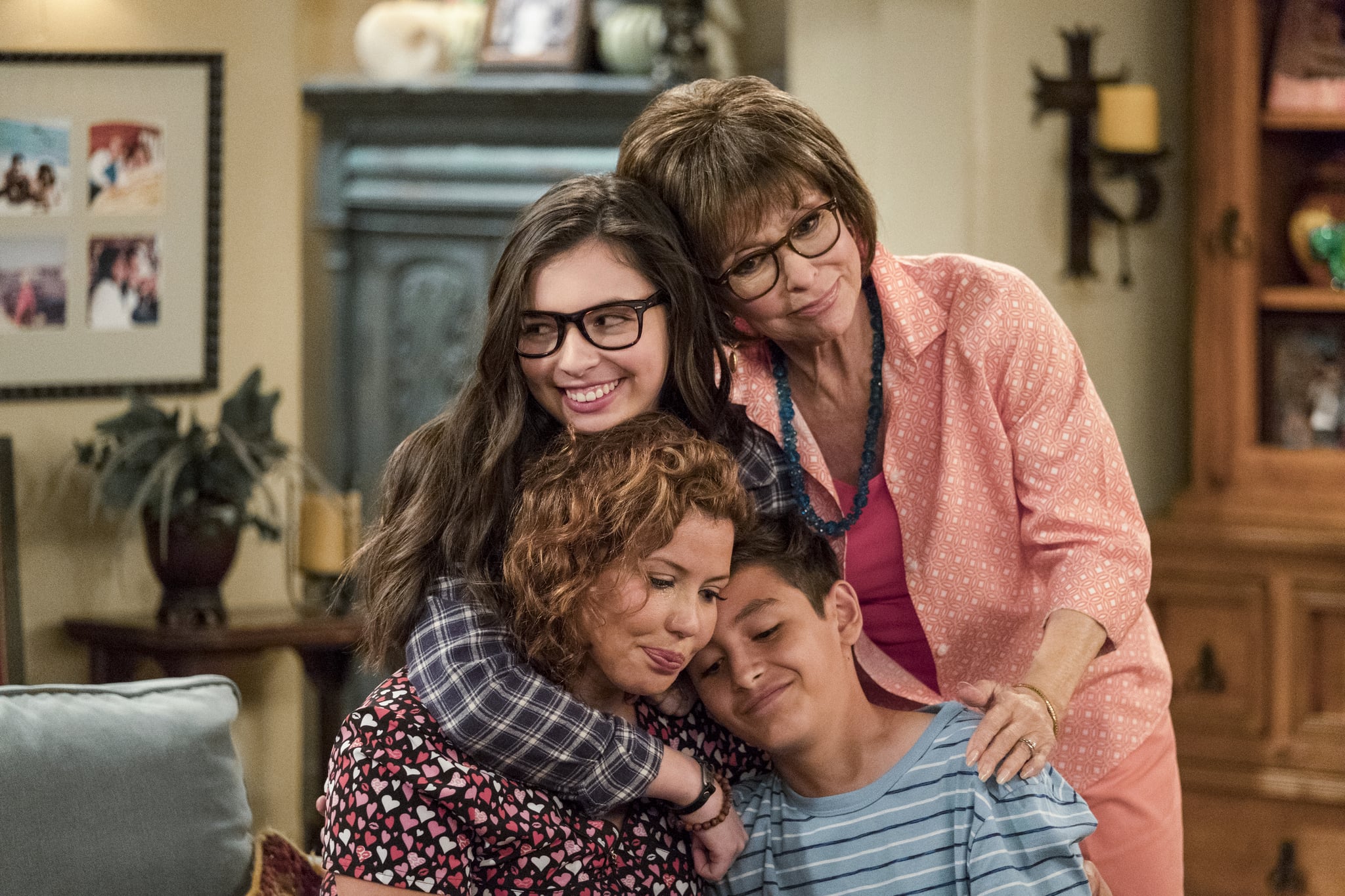 One Day at a Time has been revived, and we can now burst into numerous displays of excitement! After being dropped by Netflix, CBS-owned cable network Pop is bringing back the show for a fourth season, with the new batch of 13 episodes debuting in 2020. CBS will later broadcast the series after its run on Pop.

We all cried when Netflix canceled One Day at a Time three months ago. Not only because it's a fantastic show, but because it provided an accurate representation of Latinx families. While we're not all the same, the values portrayed on the series struck a chord with many of us. It's a show about inclusion and acceptance that pulls on your emotions, making you laugh and cry at the same time.

One Day at a Time touches on mental illness, immigration, sexism, homophobia, and racism – topics that Latinx living in the US are more than familiar with. Anyone, regardless of their journey, can relate to at least one issue presented on the show, and appreciate how masterfully these issues are addressed, without relying on stereotypes or preconceived notions of the Latinx community.

It was about time that a show depicted the Latinx experience in a wholesome way. Mental illness, for example, has long been a taboo subject for us. While my generation has been more open about it and very vocal in seeking help, it took my parents a lot more to understand that you can't really control depression, and it's not something to be taken lightly. And that exact situation was portrayed in the series.

Same with homophobia. Latinx culture is very patriarchal and old-school religious, and homosexuality has always been a complex subject. Most people reject what they can't understand and shield themselves behind religion to back up their fear. Thankfully, times are changing – although there's still a lot of work to do – and having a diverse Latinx family on TV is an honest reflection of what a lot of Latinx families look like in real life. There are other experiences portrayed in the show that speak to different emotions for different people. I personally cried buckets with Elena's Quinceañera drama in season one. Like Elena, I didn't want a party at first. I thought it was a waste of time and money. While Elena was definitely more aware of the origins of the Quinceañera tradition and why it was so rooted in machismo than I was at the time, I related to her desire to forgo the celebrations and instead, spend it like a regular birthday.

I bargained with my parents for months, trying to find a happy medium that didn't include a party, and in the end, just like Elena, I learned that not taking some tradition's origins and meanings too literally is best to keep the peace among the family.

I had a Quinceañera, but my parents let me wear pants – albeit they were part of a whole ensemble crafted by a designer – and I chose to wear my hair up in a ponytail, which might mean nothing to you, but trust me when I say it was a rebellious act back in the day!

Penelope and Lydia's approach to the whole Quinceañera situation with Elena reminded me so much of the interactions I had with my parents at the time, and seeing it presented on an American sitcom as a major storyline filled me with pride knowing that we've come this far when it comes to representation.

It's an incredible feeling when you're watching a show and all of the sudden you feel like the writers took some bits and pieces from your own life and made them part of the story. We, as Latinx, struggled to find that before, and shows like One Day at a Time prove that we're seen, we're heard, and we won't be shut down.

Netflix
Will The Watcher Ever Be Revealed? Everything We Know About Season 2
by Megan Hippler 14 hours ago

TV
"TSLOCG"'s Ilia Isorelýs Paulino on Playing Lila: "It's So Exciting to See Full Women Characters Having Fun"
by Njera Perkins 14 hours ago