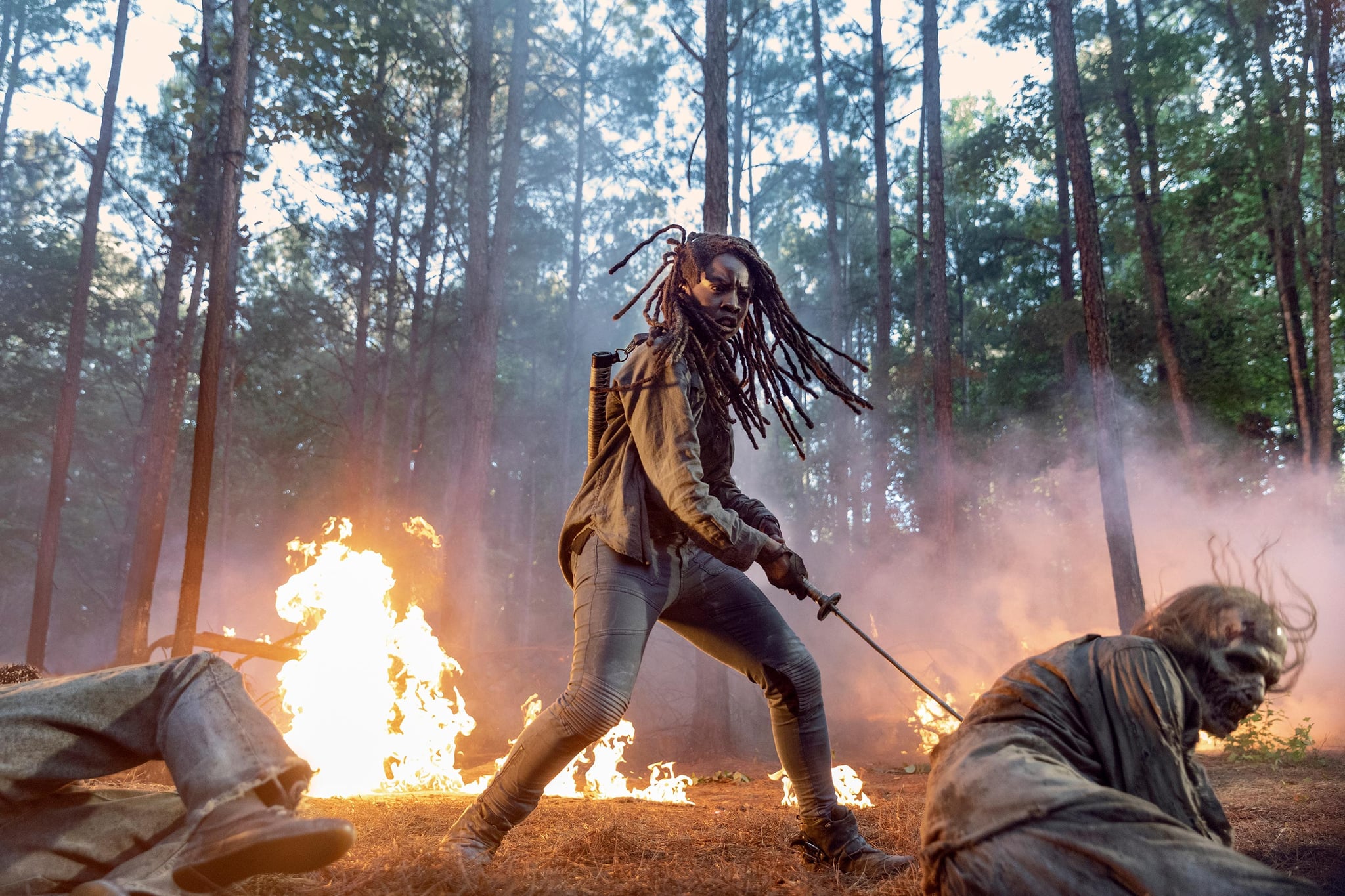 The Walking Dead used to be the biggest show on TV. At the peak of its popularity, the show drew over 22 million viewers during an age of cable cutters and streaming services. But as seasons went by, more and more fans left. While the exact moment of its decline is up for debate (some say season five, others suggest the start of the Negan arc), the show hit an all-time ratings low at the end of season seven. It really did feel like The Walking Dead was decomposing like its titular creatures.

So if you decided to tune out, we can't really blame you. But fans who kept watching were rewarded by a new showrunner and a different storytelling approach. After Angela Kang took over in season nine, things have been steadily getting better and better. And here's why. (Spoilers ahead for season nine and 10!)

1. New Villains and a Different Type of Conflict

Although Negan as a character was a great addition to the show, Rick's war against him wasn't exactly new territory. The Whisperers, on the other hand, have shaken the core conflict of the show. Their strange, creepy ability to control hordes of walkers has thrown the group for a loop, forcing them to adapt quickly or die. And their leader, Alpha, is unpredictable and brutally efficient in her tactics. For the first time in the show, the threat can't be resolved with direct conflict. Fans have compared The Whispers arc with the Cold War, and it's not for nothing. Alpha doesn't need to use violence when psychological warfare is far more effective.

It's true The Walking Dead has never shied away from gruesome deaths or had trouble killing its main characters, but the consequences of these deaths started to feel hollow. Season nine changed this. Wisely, Kang has allowed characters to grieve and the toll of each loss lingers without paralyzing the plot. Rick's death, for example, still affects the cast in small, but significant ways. Henry's brutal demise was a vital piece for the emotional journey of multiple characters as well the escalation of the conflict with The Whispers. Shocking deaths still happen, but they feel earned. And with news of Ezekiel's cancer, it seems the show will keep exploring mortality without resorting to melodrama.

3. Interesting Character Dynamics Are Back

Perhaps it's a sign of Kang's openness to the cast's input, perhaps it's just a new approach to dialogue, either way, it's a joy to see what's left of the original cast interacting in meaningful ways again. While Rick's departure will always be felt, Kang has let the rest of the cast shine by giving them great storylines. New dynamics have taken shape while old ones have been revisited, making them deeper. An example is the return of Daryl and Carol's friendship, the new group of survivors, and Michonne's growing into her leadership role (We can't forget, of course, the addition of Dog, Daryl's adorable companion). Characters talk about their feelings, express their pain, and make plans as a group. Their motivations are clear and each action taken has logical consequences, even if they're emotionally painful in the long run. Big or small, everyone in the cast has a unique storyline this season.

When the characters we know and love are the ones driving the conflict and the story forward, it's easy to feel invested in their fate. Creatively, it seems like The Walking Dead has come back from the dead to thrill audiences again.