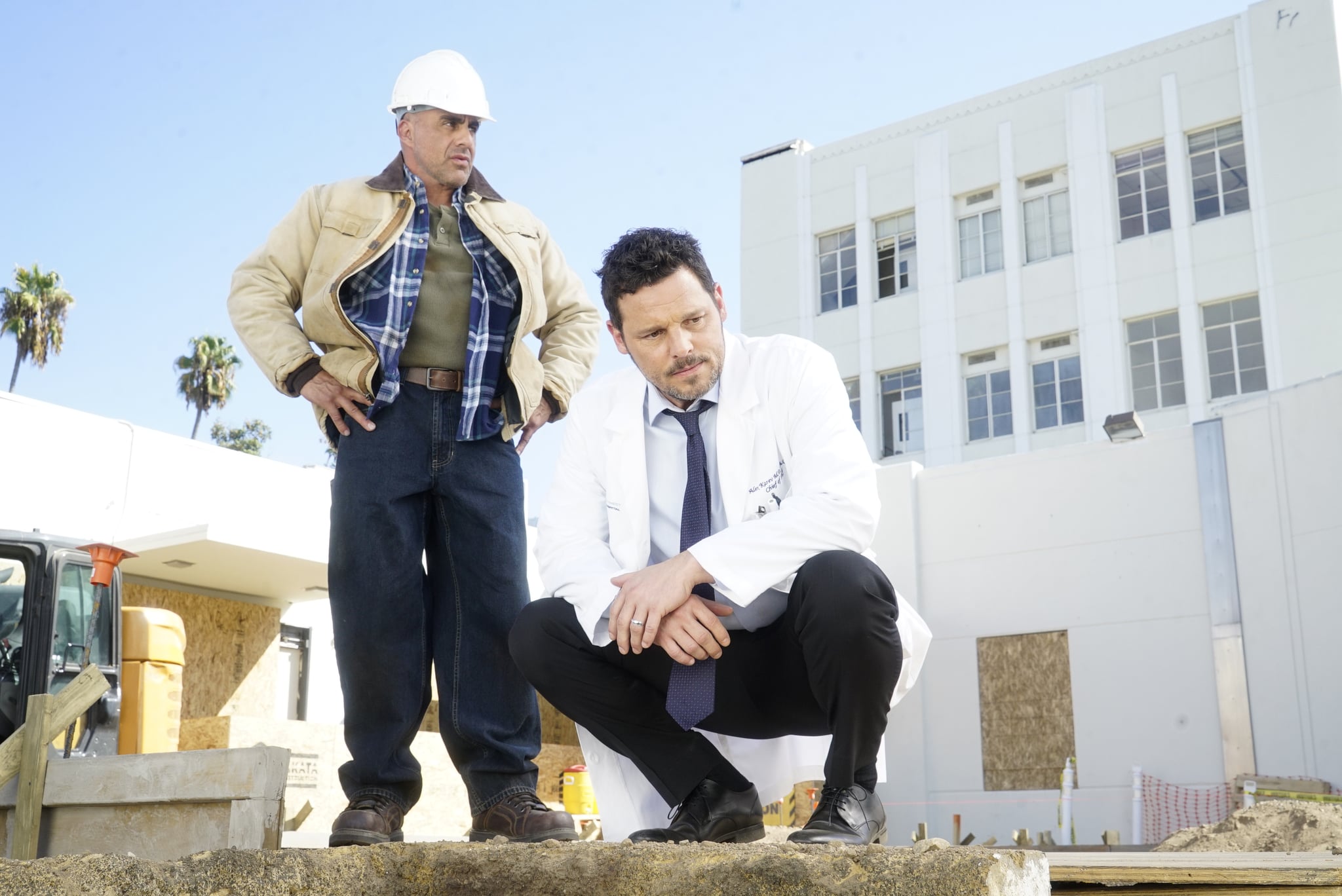 There's been a heart-wrenching announcement for the Grey's Anatomy hive: Justin Chambers, aka Alex Karev, officially shared a statement about his departure from the show on Jan. 10. From what we know so far, Chambers already appeared in his final episode on Nov. 14, in which Alex defends Meredith's honor as her medical license is on the line. The last we hear from Alex, he's home helping out his mom in typical Alex fashion. With this huge news dropping, we seriously have so many questions about his storyline, especially if, by some miracle, he'll return for the season 16 finale.

Why Alex's Departure Will Be Huge

While we don't know if Chambers left on good terms, it would make sense plot-wise if he returned, at the very least, for the season 16 finale. His role is intrinsically linked to that of many other characters. Look at his relationships with his wife, Jo; his best friend Meredith; and even his now-fellow Pac-North colleague Dr. Webber. Unless they kill Alex (and for the love of cardio god Cristina Yang, please don't), we need to hear from the gruff peds surgeon himself. After all, Alex is an OG Grey's character. He possesses layers of depth, transforming from a reformed jerk to a good man thanks to 16 seasons. Clearly, it would dishonor his character development if he fades into the background. So how could he come back, even if only in one episode?

How Past Characters Have Come Back

Let's look at Grey's history of the dearly departed. Here's the trend: Grey's Anatomy characters who leave usually don't return. There are exceptions; Jason George and Kate Walsh have returned as Ben Warren and Addison Montgomery, respectively. But they did come straight from Station 19 and Private Practice, which are Grey's spinoffs. Other than Teddy, who came back to a full-time gig, many of the departed main characters still alive — like Cristina and April — really only get brief shout-outs. And the main characters who died have stayed dead, only once in a blue moon appearing as memories.

But then there's the special case of Izzie. Katherine Heigl's departure was messy, to say the least. After flatlining in the season five finale, Izzie, stricken with cancer, survives. Soon after, she gets fired when she puts a patient's life in danger, leaving Alex in episode five of season six. Seven episodes later, Izzie briefly drops by the hospital to reconcile with her husband and departs once more when Alex refuses to rekindle their romance.

Heigl had asked to leave her contract 18 months early to spend more time with her family. Izzie was originally supposed to appear in the last five episodes of season six. Back in 2010, Heigl told Entertainment Weekly, "I think we all felt it wasn't respectful to the audience to bring [Izzie] back again and then have her [leave] again. We did it twice this season. It starts to feel a little manipulative." Depending on how Chambers exited his contract, we might just see him once more in a guest-star capacity to wrap up Alex's story.

How Alex Could Return

There are two realistic ways we can see Alex coming back for the season finale. First, let's say Alex just leaves Seattle forever and doesn't die. It would make sense to have him go back to explain his leave of absence as Izzie did. The second and more unpleasant way is that he will return as a memory or a hallucination posthumously, as Derek has in the past. Of course, there's the chance that Alex could become a recurring character — but that's wishful thinking. For now, we'll be anxiously counting down the days until Grey's Anatomy goes back on the air.