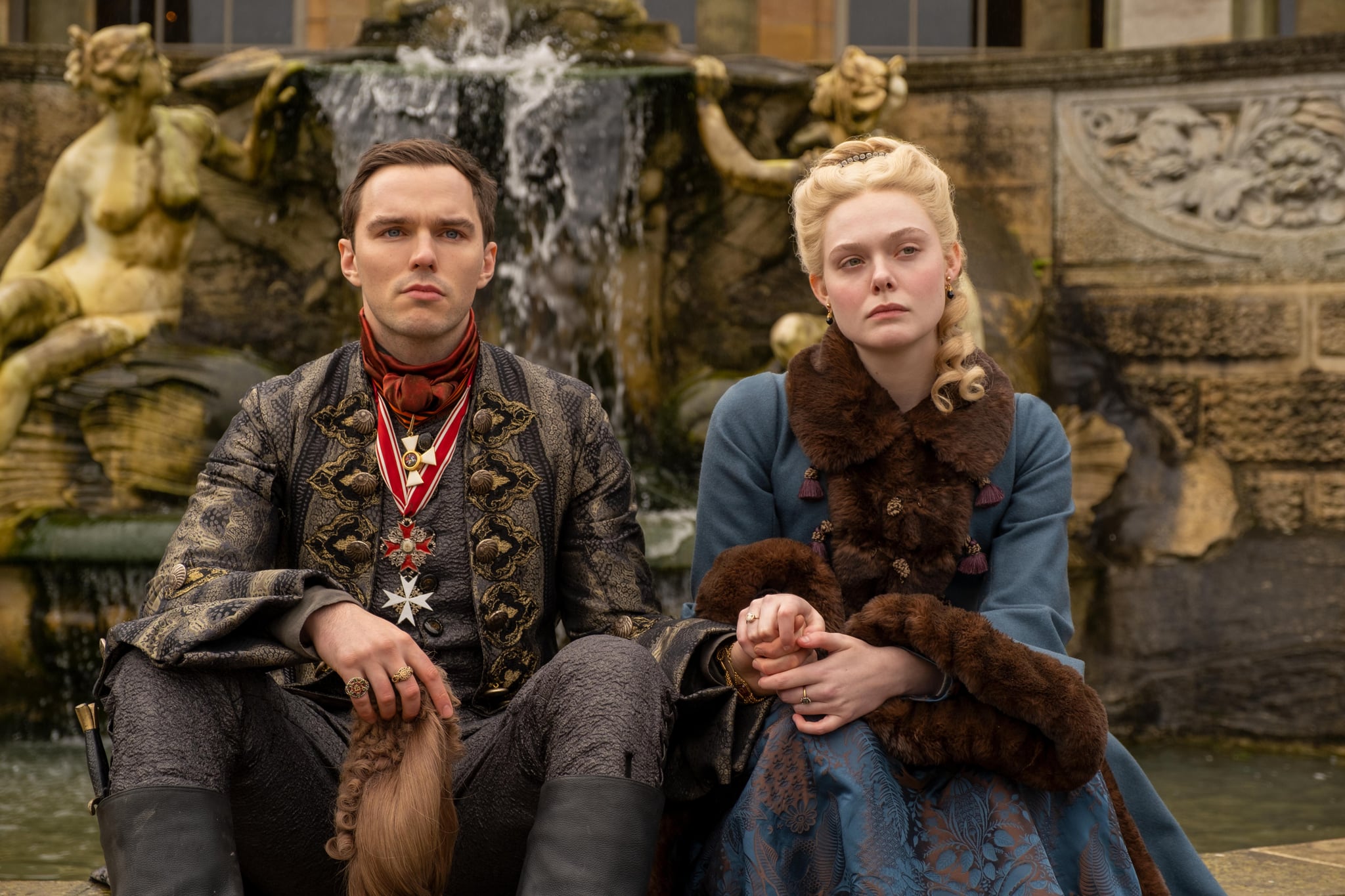 If you were hoping there would be more of the ridiculousness that is The Great, you're in luck. Hulu announced on July 2 that the occasionally factual show has been renewed for season two. This means we'll get to see more of the talented cast and their gorgeous costumes as well as more of Catherine's (Elle Fanning) rise to power. I mean, she isn't exactly "the great" just yet.

Although The Great season one doesn't end on a traditional cliffhanger, there are still plenty of loose threads to tie up. Is Leo gone for good? Is Catherine really pregnant? Did her coup succeed after all? Granted, history proves that the answer to the last couple of questions is "yes," but seeing as the show is only accurate when it chooses to be, there's no telling how it could actually go. Personally, I'd love if they explored more of Catherine's many, many love affairs as the empress was known not only for her improvements in Russia but for her prowess in the bedroom.

We're not the only ones excited for season two: Sebastian de Souza (aka hottie Leo) not only wants to see more of the court but would also "like to see Catherine take power, but . . . wouldn't want it to be too easy." Unfortunately, it seems that even de Souza believes that Catherine made the right choice between her country and Leo's life, "because this is Catherine's story, and [Leo's fate] raises the stake." Here's hoping we get some answers to our many questions in the upcoming season!