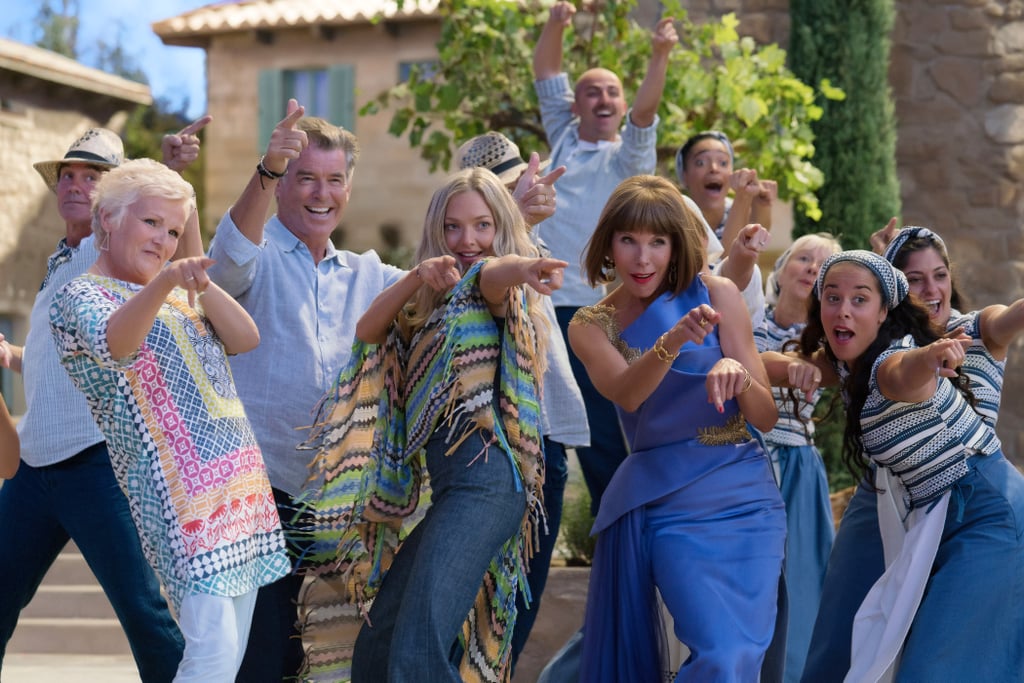 A Third Mamma Mia Film Is in the Works, and I Have Several Ideas on How It Could Go Down

Lord of the Rings has comfortably been known by many as the greatest trilogy in film, but a new contender is ready to take its place at the top. Yes, I'm referring to the possible third Mamma Mia film, and I'm 100 percent serious! It's been 12 years since we started following the story of Sophie (Amanda Seyfried); her mother, Donna (Meryl Streep); and her three possible fathers (Pierce Brosnan, Colin Firth, and Stellan Skarsgard) as they danced through the Greek island of Kalokairi, singing along to the music of ABBA. Two years after the rousing success that was Mamma Mia!: Here I Go Again, producer Judy Craymer is teasing that a third film is already in the works.

Craymer, who worked on the original stage musical and the film adaptations, told Daily Mail that she was planning the third installment before the COVID-19 pandemic hit. "I was meant to have been getting on with that, in my head, during these months. But then I got hit with COVID fog," she said. "I think one day there will be another film, because there's meant to be a trilogy, you see. I know Universal would like me to do it."

Related:
Warning: These Adorable Photos of the Mamma Mia 2 Cast Will Make You Want to Send an SOS

More like, the entire universe would like her to do it! Even Seyfried is down for another film, and she's pretty sure the rest of the star-studded cast would be as well — if they could make it work.

"Listen, every single person in that movie would say yes in a heartbeat because we want to hang out with each other," the You Should Have Left actress told Collider. "But I'll tell you what — I've said it before and I'll say it again and I hope I'm wrong again. I don't think there are enough ABBA songs to make a third movie. Because we'd have to use 'Super Trooper' again and we'd have to use 'Mamma Mia' again and have to use them in a different way."

It's a valid fear — there are only so many ABBA songs that can be used to sing about your mysterious paternity — but in her interview, Craymer mentioned new ABBA music that she wanted to use for the third film. And since production would be free to follow whatever path they wanted, who says they couldn't use other music entirely? (Though would it truly be Mamma Mia if there's no ABBA music?) Either way, the fans have spoken, and we're totally down for another Mamma Mia sequel. And just in case Craymer needs some ideas to help speed the process along, I'm more than happy to help with a few of my own.