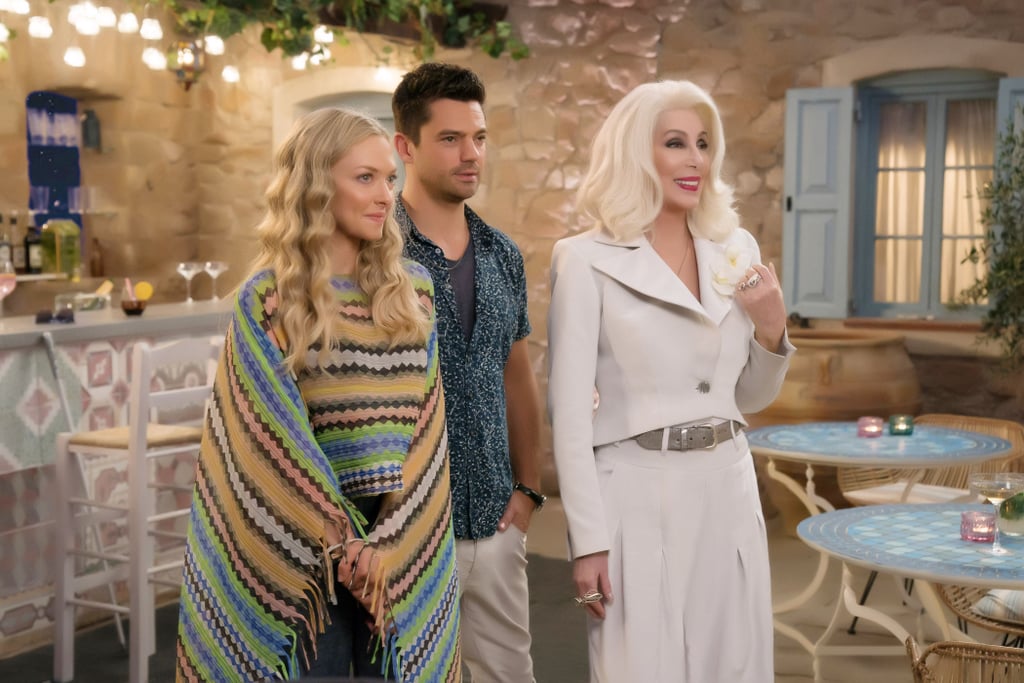 From Meryl to Cher, Bask in the Glory of Mamma Mia! Here We Go Again's A-List Cast

The Mamma Mia! sequel, Mamma Mia! Here We Go Again, hits theaters this week, so we have free rein to freak out over how incredible the cast is. Not only does the sequel bring back all of the major players from the 2008 musical romance — like Meryl Streep, Pierce Brosnan, Amanda Seyfried, and more — but it's also introducing us to a whole new set of faces. Since the movie is going to transition from present day on the Greek island of Kalokairi to flashbacks, we'll get to see what Donna, Sam, and the rest of the older characters were like in their heyday (aka shots of the Dynamos in all their glory). See the full cast ahead!