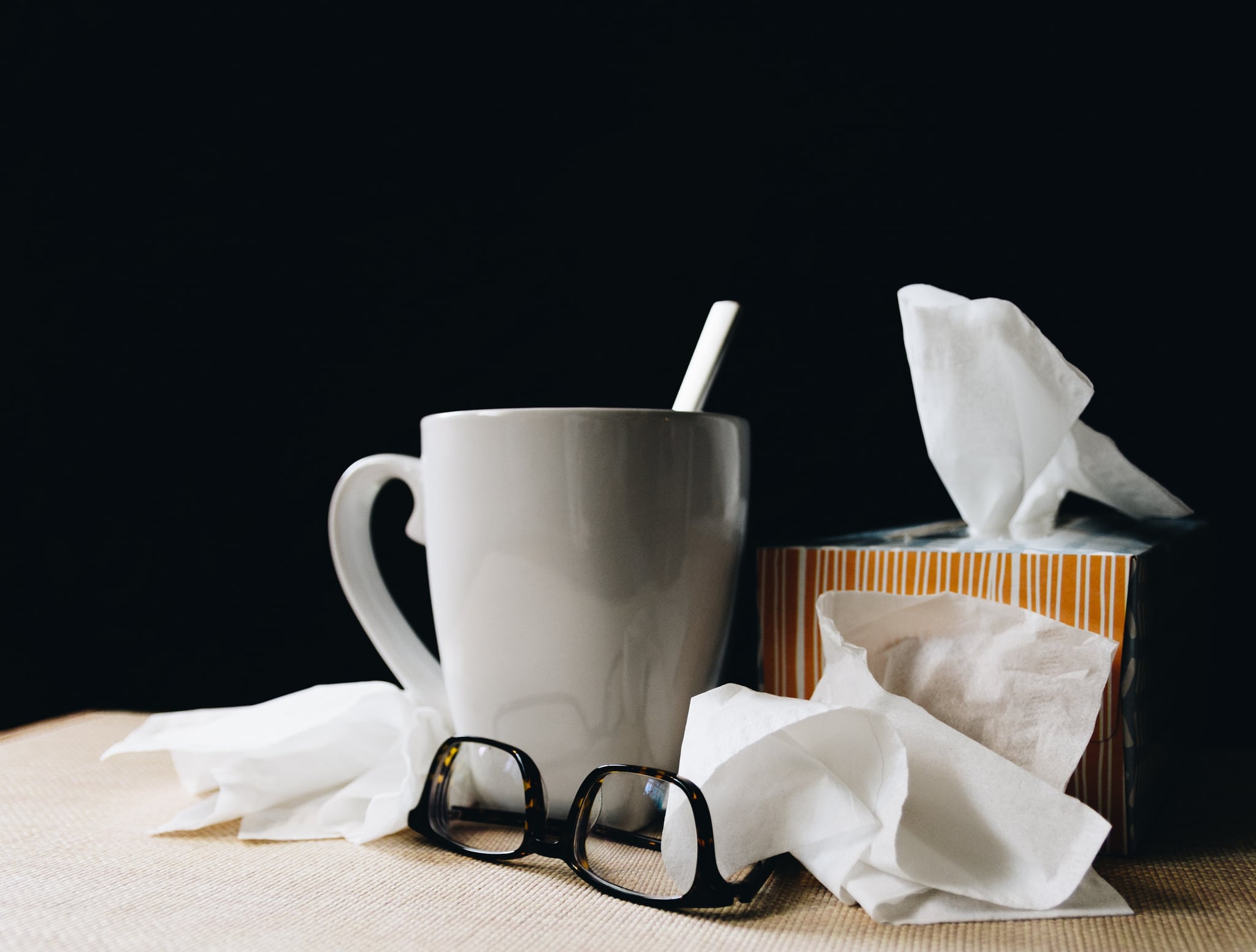 The only thing that seems to be more rampant than the flu this season are the ads pushing people to get a flu shot. They. Are. Everywhere. The other day, I walked by my local CVS and saw a gigantic red sign hanging in the window that read "Get $5 off a $25+ purchase if you get a no-cost flu shot." While it was tempting to head back into the pharmacy and get one just for the much needed discount on my always expensive CVS purchases (tampons aren't cheap!), I rolled my eyes and just kept walking.

I've had the flu before and it's never been pretty. I remember being bed-ridden for six days, left without enough energy to even get up and shower. I remember that even trying to keep my eyes open for the opening credits of Game of Thrones during a binge-watch attempt was a no-go. I felt so completely awful. I know the flu is terrible and scary, especially the strains that are traveling around this year. Thousands of people have been sent to the hospital, and the number of children that have died from the flu is unfathomable. But at the end of the day, I refuse to get a flu shot. Here are the four main reasons why.

Related:
Not Even Dogs Are Safe From the Flu This Season — Here Are the Symptoms to Watch For

It's Not Always Effective

Whenever I start to get worried that I'll end up with the flu if I don't get the shot, I remember that it isn't always effective. The shot's effectiveness varies year to year, based on whether it matches that particular season's viruses, and it's usually reformulated each year. So how effective is the shot this year? Early studies are showing that it only has a 17 perfect effectiveness against the strain known as H3N2, which has been the main culprit of the flu this year in the U.S.

The Side Effects Can Be Less Than Ideal

Getting the shot doesn't mean you're in the clear — it can actually mean that you get a little sick. Side effects can include soreness around the injection side, a low-grade fever for a few days, and muscle aches. Now, I know that this may seem like a small price to pay to avoid getting the full-blown flu, but if I can avoid any sickness at all, why not try?

Have you ever taken a step back and learned more about what the heck is actually inside the flu shot? There can be many toxins inside the shot, including preservatives, metals, and formaldehyde. The CDC has released an ingredient list that you can look at to learn more before getting the shot yourself. While these ingredients may not faze some people, I would like to avoid any and all toxins when I can.

Staying healthy during flu season is my priority, but I've just chosen to do that the natural way. Instead of injecting myself with toxins, I do things like practice good hygiene, take lots of vitamins and natural supplements, and rely on my body and it's strength to fight off any unwanted bacteria. The human body is an incredible thing, and I trust it. I also like it to ride out things naturally.

For some people, getting the flu shot is at the very top of their to-do list, but for me, it's something I refuse to do. And that's OK too.