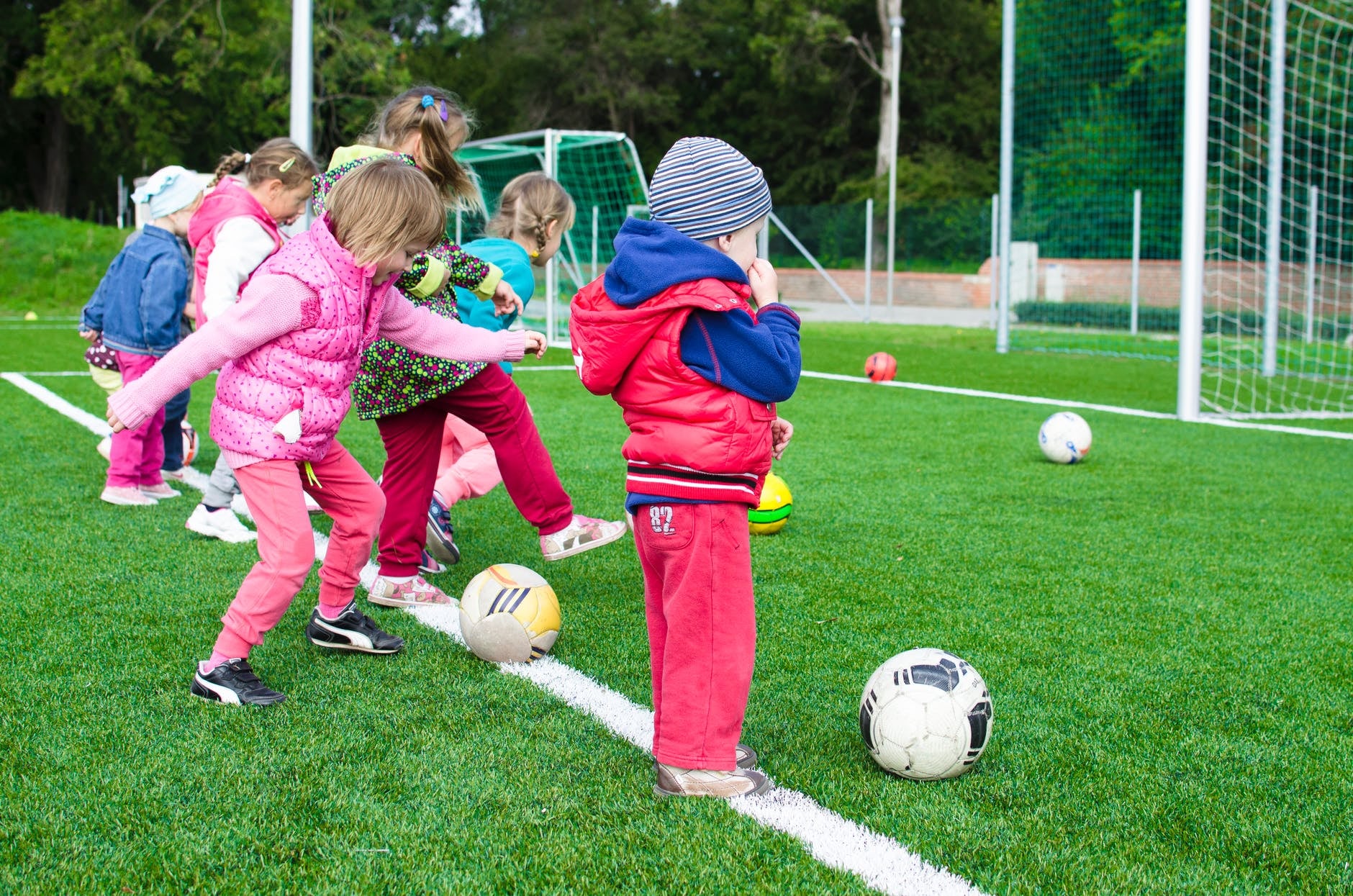 Last Fall, my son's U6 soccer team was in need of parent volunteers to coach. Right after I read the email from the director asking for any takers, I knew in my gut I needed to do it. I played soccer all throughout college and had a pretty free weekend schedule at the time, so I felt almost obligated to say yes. Being a sports mom was about to be taken to a different level, and honestly, I was kind of dreading it. I had coached in the past, but taking on kids (and their very passionate parents) was a whole new ball game.

When I told my son the news, he beamed. So, despite the fact that I wasn't looking forward to coaching, I put a big and enthusiastic smile on my face for him. As I walked onto the field for our very first practice, I introduced myself to my group of mostly nervous 5-year-olds. During our warmup, we stretched together, and I showed them how to dribble the soccer ball and play Shark. It loosened them up a little, but I could tell they were still a little apprehensive about the game of soccer, and even their coach.

There were times I almost threw in the towel, but I knew I couldn't do that. Those kids never gave up, which inspired me to never give up on them.

When the whistle blew to signal the start of our first game, things weren't much better. A couple of kids looked petrified to even set foot on the field, while others stood like scarecrows in the grass as the other team kept kicking the ball into the back of our net. "This sucks," I thought. At halftime, one of the youngest kids came up to me and said, "Coach, I'm standing by you because I'm very nervous. I don't want to get hurt." Oh, this boy had my heart. "Don't worry," I said. "If you get knocked down, it'll be OK. Just pop back up and you'll see that it didn't hurt."

During the second half, that adorable little boy got into the pack of wild 5-year-olds. He did fall, and then he got right back up. I applauded him like crazy, adrenaline suddenly shooting through me. "I can make a difference in this kid's life," I thought. From that moment on, I began to do my best for them, which started with me changing my negative attitude about coaching. I realized that it didn't suck at all. I was lucky to spend this extra time with my son and to give these kids my undivided attention a few times a week. Yes, we lost that first game (that team ended up being the best in the league), but I knew that I needed to be there every weekend for my little soccer players.

Related:
Can We All Agree That Participation Trophies Should Not Be Given to Kids?

On the day of our last game, we had to play the good team again. I was a little scared knowing what happened last time, but my players didn't even remember how awesome the other team was. And despite the fact that we were down 2-0 within the first five minutes of that game, our team ended up pulling through. We won! We beat the best team! I couldn't believe it. My kids had the heart to keep going, to not be intimidated by something that scared them, and to always try their best. They were my little heroes.

Coaching 5-year-olds isn't easy. There were times I almost lost my patience and threw in the towel, but I knew I couldn't do that. Those kids never gave up, which inspired me to never give up on them. They reminded me that if you fall — just like that nervous little boy during our first game — you can always get back up and keep going. They also taught me that I (and you) can make a difference in their lives, no matter how big or small my role. Gestures don't have to be grand, and volunteering doesn't have to be every single day — as long as you show up for them, they'll show up for you.

Related:
You'll Bite ALL Your Nails Watching This Dad Catch a Home Run While Holding His Baby

I hope my players will always remember me as their first coach, because I will always remember the lessons they taught me. So moms, if you're contemplating coaching your child's sports team, do it. You'll get much more out of it than you might expect. And the memories you'll share with your child and those kids? Well, those will last a lifetime.

Sports
Finally, a Bar With Only Women's Sports Playing
by Frankie de la Cretaz 5 days ago

Cardi B
Watch Cardi B and Normani Leave Their "Blood, Sweat, and Tears" on the Tennis Court
by Chanel Vargas 5 days ago