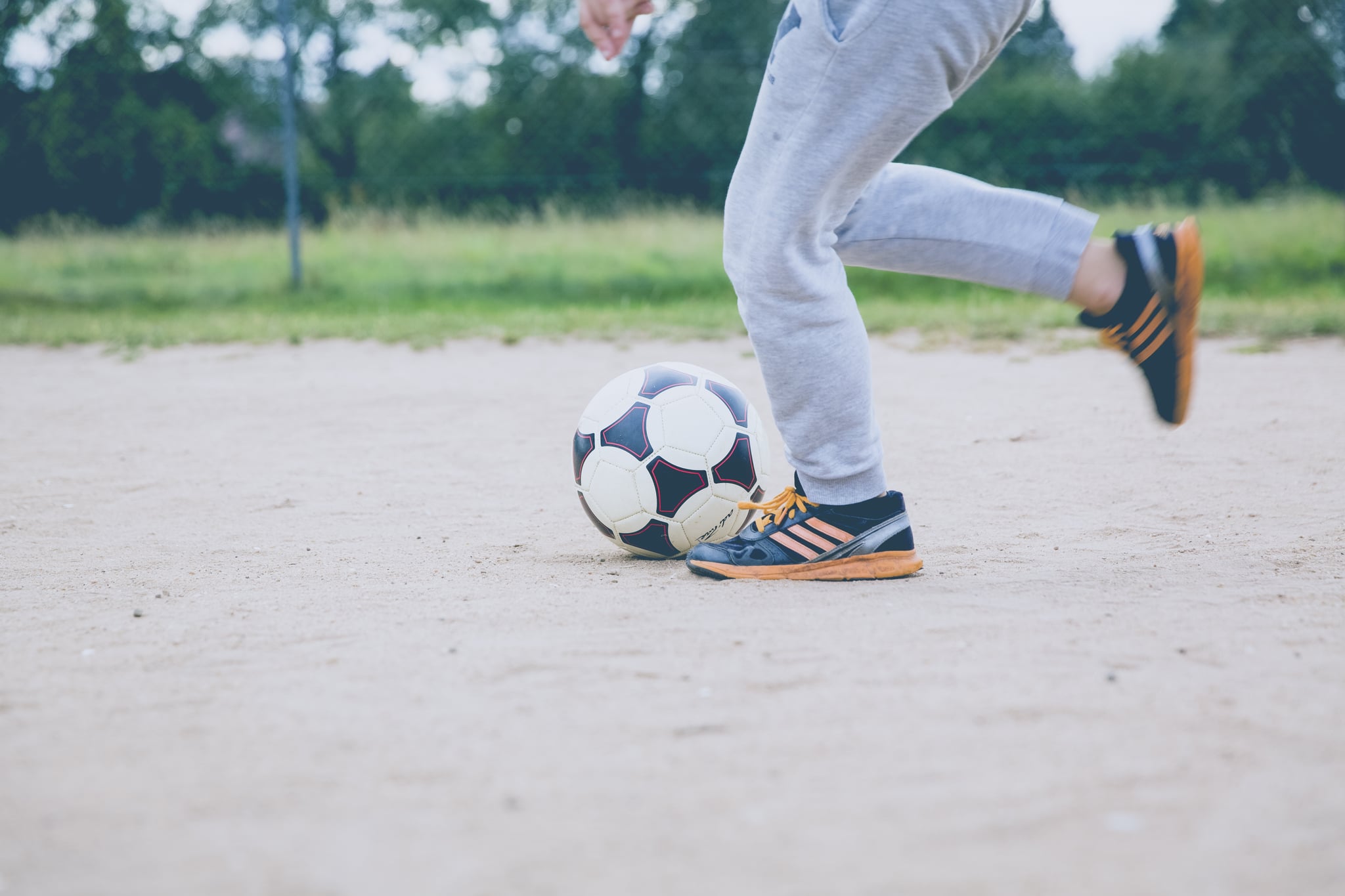 At 36 years old, I have a recurring dream — no, a nightmare — about my childhood. I'm playing soccer, chasing the ball, and I get stuck. The grass turns to mud, and I can't move. I have this dream, I'm sure, because I quit my varsity team in the middle of the season during my senior year in high school. And today, as a mother, I will not let my kids make the same mistake by quitting a sport — or anything for that matter.

My kids will not have the same regrets that I did. Nor will they have the feeling of letting down their teammates. When I was a teenager, my parents let me make a lot of my own decisions — what classes I took, the extracurricular activities I was involved in, and what college I went to. I was never allowed to quit anything. But during my senior year of high school, my parents finally realized that having my butt glued to the bench was unfair. They agreed to let me quit and made me confront my coach myself.

Soccer Brought Out My Husband's Competitive Side, but Not My 6-Year-Old's

So, quit I did. I felt regret almost immediately. Yes, I began training harder on my own, but it wasn't the same. There was no team or coach to push me. No mandatory afterschool practices with my friends. No school spirit-filled games with packed crowds. Competition within myself wasn't enough either. And probably the worst thing of all, I let my teammates down.

Although both of my kids are young still, they'll be required to finish out a season of a sport or any other activity they sign up for. Sticking it out will teach them a hell of a lot more than quitting. They'll learn that sometimes in life, you have to suck it up. You're going to have a bad coach. You're going to ride the bench. Things will get hard. But my kids will have to trudge through that mud until the end of the season. No, I won't make them continue to play the sport if they don't want to, but they'll have to get to that end-of-the-year banquet — smiling or not.

Avoid Raising a Sore Loser With These 7 Tips

And maybe my kids will get something out of it. Their chins will point to the sky because they kept working toward a goal. They'll slap hands with their teammates because they didn't quit on them. Maybe they'll even earn a starting position because unfairness fueled them to practice more, practice harder. I don't know. But what I do know is that I won't raise quitters. I'll teach them to follow through with their responsibilities and to not let their teammates down . . . not let themselves down. And later in life, when my kids dream, they'll always be running — never stuck in the mud.