Millennial moms don't want just any baby monitor — they want a video baby monitor that senses movement and texts alerts. They don't just want any breast pump, but they want one that's wireless and charts milk output in daily emailed reports. So, of course today's parents don't want their newborn babies sleeping in just any crib. Not when Google is designing a "smart crib" with monitoring devices, cameras, and other gadgets embedded into every nook and cranny.

According to the 22-page patent document published yesterday, Google's impending invention is meant to offer a suite of services in one single unit to "mitigate the risks involved in placing foreign objects near or in a baby crib." 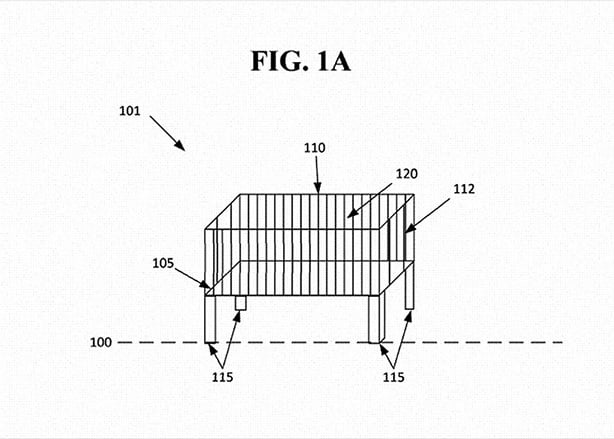 This particular model — which would require virtually no setup or wiring from the consumer — would feature dozens of integrated digital sensors tracking things like the weight and movements of a child as well as the room's temperature or carbon monoxide levels. Microphones would allow for two-way communication so parents can not only listen to their baby but respond as well.

An optional "entertainment device" in the crib can be programmed to play music or project a cartoon onto the ceiling if it detects that the child is crying, the description states.

Although the patent was filed in 2014, it's not guaranteed that such a Google smart crib will come to market. As CNN reported, companies often file patents for products it may never produce.

TikTok
The Great Debate: Gen-Z vs. Millennial Street Style — Which One Are You?
by Sarah Wasilak 2 weeks ago