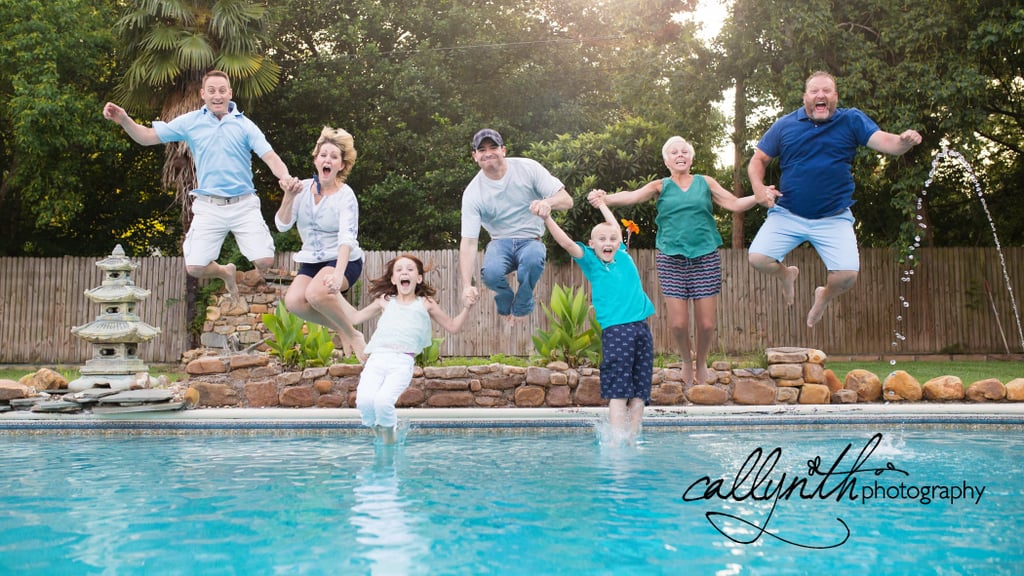 How These 5 Adults Make Coparenting Their 2 Children Look Effortless

When Carter Gabriel-Britton and David Stephens divorced, splitting up their family of three, little did they know that a few years down the line, they would be part of a big, beautiful blended family that included five adults who would come together for the sake of coparenting their two shared kids, Major and Katelyn. David would go on to marry Brittany, who shares Katelyn with her ex, Kenny, and Brittany would soon become best friends with Carter, her stepson's biological mother. Later, Carter's husband, Robbie, would join the fold, and the unconventional family of seven would put aside every single difference they had to support each other.

Photographer Callynth Finney, whose child goes to school with Major and Katelyn, met the amazing family and has since done a photo shoot with them that pictures them all so loving and affectionate toward each other, it's hard to tell which child biologically belongs to who and which couples are together now.

Related:
This Calendar For Kids of Divorce Is What Coparenting Is Truly All About

The photo shoot features several photos of the kids with their parents, as well as one epic group shot of them all jumping into a pool with their hands linked. "They've all become so close," Callynth told POPSUGAR of the family, who all live in the same town in Texas. "They do dinner together, they have keys to each other's houses. They share the parenting of both of the kids."

Not only that, but Major and Katelyn have completely gained a sibling in one another, and Callynth says they're extremely close. So close with each other and with each of their parents that it made her ability to photograph this family so effortless and fun.

"During the shoot, there was no awkwardness in the kids showing physical affection to all of their parents," Callynth said. "One minute, Katelyn would be sitting on her dad's lap, giving him hugs, then later on she's sitting on her stepdad's lap. There's just no jealousy, or for the kids, feeling like they have to be loyal to one parent over another. They're all really supportive and loving all around."