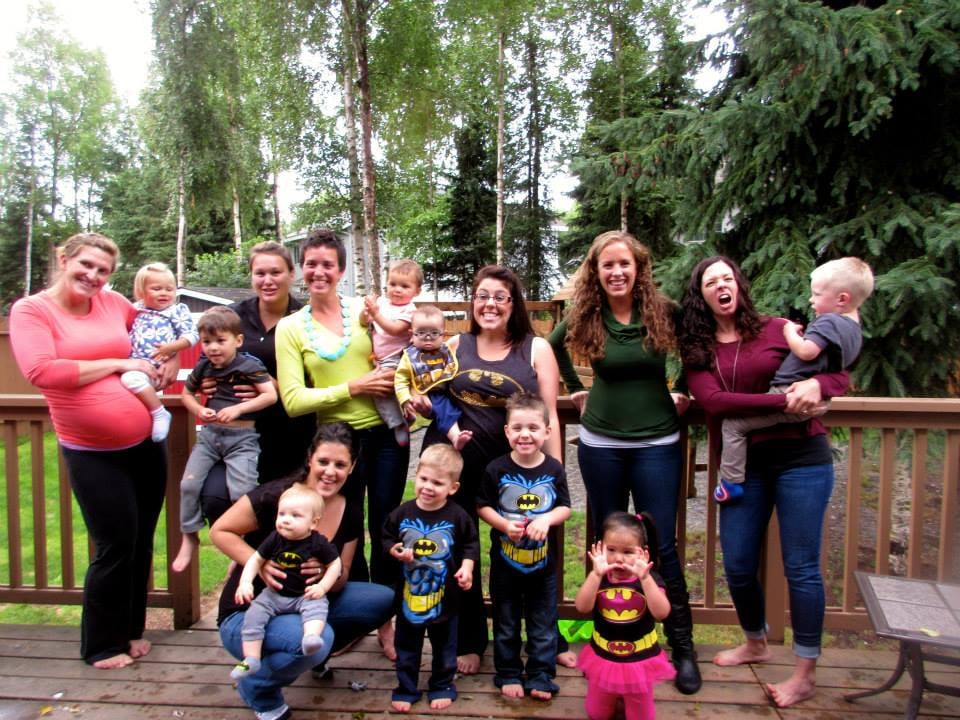 It was the middle of the night when I received the call that my daughter was about to be born. I was 29 years old, single, and entering an adoption I'd had only a week to prepare for. To say that I was in panic mode would be an understatement.

As I threw my things into a bag, not sure if I'd be allowed to stay overnight with this newborn or not, I shot off a quick text to two friends letting them know the baby was coming and I was heading to the hospital. Less than an hour later, I walked into the hospital lobby to find those same friends waiting for me with pizza and hugs, prepared to keep me as calm as possible until the arrival of my little one.

I entered motherhood in a mostly unconventional way. I'd been pursuing my foster-care license with the intention of working with preteens and teenagers. But then I met by daughter's birth mother a week before her due date. At the time, she was frantic to find a home for the baby she was carrying. And when I offered to help her, she decided that no, she didn't need my help — she needed me to be her daughter's mother.

In the week that followed, my mom tribe descended upon my home. I was still in shock, not totally convinced this was even happening. But my best friends banded together, bringing me hand-me-downs, doing loads of laundry, and helping to ensure I had everything I might need to care for the little girl who was about to be mine. Because of their generosity, I hardly had to spend a dime of my own money for my daughter's first six months of life.

Those same women have remained by my side every step of the last six years as I've navigated single motherhood. When those sleepless newborn nights were taking over my life, they showed up with food and arms to hold my little girl while I showered. When my daughter was diagnosed with a chronic health condition at age 4, they were there to help me through the stress of the unknowns, calling after every test and appointment, asking us to come over for dinner so I'd have one less thing to worry about. And when I desperately need a night off, my mom tribe is quick to volunteer their husbands up as babysitters so we can go out for a girls night together.

Related:
My Mom Friends Are the Reason I'm a Better Parent

My friend group consists of nearly a dozen kids, all within a few years of each other. Even though my daughter is an only child, we spend so much time with my friends and their children that they often fight like siblings — and love on each other just the same. We've taken vacations together, thrown chaotic birthday parties, attended all the fun kid-friendly community events, and just sat on the porch drinking and talking as the kids have played. Those get-togethers are a lifeline for me. A break from having to play pretend with my girl, and a chance to get some much-needed adult time in while she's happily playing with kids her age.

My mom tribe is there to drop groceries on our doorstep if one of us is sick and I can't get us both out of the house. They have been there to pick my daughter up from school on the fly when my car wouldn't start, and they've taken her for days at a time in the summer so that I could go off on mini-adventures hiking or kayaking, simply doing the things I used to love before motherhood.

These women truly are my family. My soul sisters. They have been by my side through the ups and downs of motherhood, and made doing it on my own so much more achievable than I ever fully realized it could be. I don't know how I could possibly do single motherhood without them. But I'm thankful I'll never have to find out.